The number of states sending their National Guard troops to Washington to help with security for next week’s inauguration of President-elect Joe Biden continues to grow.

There could be as many as 20,000 National Guard troops in the nation’s capital as more than 30 states plan to send National Guard personnel to assist local police with security, logistics and communications during the scheduled Jan. 20 event.

The announcements came a week after a mob of supporters of President Donald Trump stormed the U.S. Capitol to try to overturn the results of the presidential election. The House of Representatives voted to impeach Trump an unprecedented second time on Wednesday, making him the first president to be impeached twice.

On Jan. 12, National Guardsmen were given authorization to be armed in support of the U.S. Capitol Police to protect the Capitol and individual members of congress and their staff, according to a National Guard Bureau media release. This was requested by federal authorities and authorized by the Secretary of the Army.

The Florida National Guard is sending about 600 soldiers and airmen to D.C. for the inauguration. While they are there, they will fall under the direction of the DCNG and their specific missions sets will come through them, said Lt. Col. Caitlin Brown, a spokeswoman. Brown declined to specify which units would be traveling, citing operational security concerns.

Illinois Gov. J.B. Pritzker is sending about 200 members of the Illinois National Guard would travel to Washington in advance of Biden’s Jan. 20 inauguration.

“In the wake of the recent incident at the Capitol, ensuring a peaceful transfer of power to the Biden administration is of the utmost importance,” Pritzker said in a statement.

The Nevada National Guard will send more than 200 troops to Washington, D.C., to help with security for President-elect Joe Biden’s inauguration on Jan. 20.

The Guard said in a statement Tuesday that the decision was not prompted by last week’s deadly attack on the U.S. Capitol and that the units had already been scheduled to support law enforcement at the ceremony.

“Soldiers in the Nevada Army Guard’s 1st Squadron, 221st Cavalry and 3665th Explosive Ordnance Disposal Company and Airmen in the Nevada Air Guard’s 152nd Communications Flight are set to leave in the upcoming week to support the inauguration,” the Guard said in a statement.

About 600 Indiana National Guard soldiers are being sent to Washington, D.C., to help with security for next week’s inauguration of President-elect Joe Biden.

State officials said Wednesday they were also monitoring possible armed protests but didn’t yet have any threats of violence at Indiana locations.

Gov. Eric Holcomb said he had authorized 625 Guard soldiers going to Washington from Saturday until two days after Biden’s Jan. 20 inauguration. Up to 15,000 Guard troops are expected to be on duty in coming days in Washington as authorities are concerned about threats of violence following the insurrection at the Capitol last week.

Nearly 550 members of the of the North Carolina National Guard have been mobilized in light of concerns over security in the state and nation’s capital, Gov. Roy Cooper announced Wednesday.

Cooper, a Democrat, is sending 200 guardsmen to the nation’s capital to assist local and civil authorities before and during President-elect Joe Biden’s Jan. 20 inauguration. North Carolina is one of dozens of states sending personnel to Washington, D.C.

Cooper said the other 350 other guardsmen will remain for duty in North Carolina.

Guardsmen will be deployed for about a week.

“Ongoing security concerns in Washington, D.C., and state capitals around the nation following last week’s attack on the U.S. Capitol must be taken seriously, and I will deploy necessary resources to keep North Carolinians safe,” Cooper wrote.

20000 troops for a peaceful Inauguration think about it !!
Something big is going to go down !!
either America is going to loose its freedom or gain it back you don’t need 20000 troops to keep the peace the could have imported police from arround the country
I’m telling you it’s not Good at all !!

Especially since it’s a virtual inauguration from China Joe’s basement. What are they expecting, an attack on a virtual D.C. on Zoom?

This is so funny I actually created a logo for all this BAR Banana Republic of America – powered by Boobs
CrankyOldLady (spreadshirt.com)

Seems Like Biden and the Démocrates are preparing a Military Communist style Inauguration of a military State ! If the Democrats won a legitimate Election why so many Soldiers?? This is called Marshall Law !! Or is this Under the Order of Trump?? In which case will we see the Unveiling of Trump handing power to the Military on the 20 th of January? Which means many corrupt High political and Judicial Figures being Arrested !! i guess we just have to wait And see My opinion Something big is Going down and America is about to witness the biggest… Read more »

It’s Martial Law. The Marshall Plan was the plan to restore Europe after WWII. 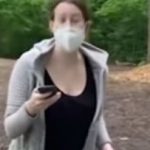 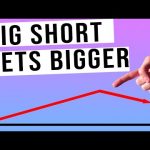