A deadly double suicide bombing ripped through a second-hand clothing market in Tayaran Square, located in Bab Al-Sharqi commercial district of Baghdad on Thursday.  Hassan Mohammed Al-Tamimi, Iraq’s Health Minister, said at least 32 people were killed and 110 others were wounded. Those at the scene report the bombers were able to move freely through the area after easing restrictions due to the Covid-19 virus, which has hit Iraq very hard.

A clothing vendor told reporters at the scene that the first bomber pretended to have a stomach ache, fell to the ground complaining, and then detonated his bomb.

The second bomber, working in collusion with the first, waited until people rushed to the scene, and then he detonated his bomb, with some witnesses saying he posed as an injured person.

This same market was targeted in January 2018, when at least 27 people died, which marked the last major attack.

Early on Friday, the Islamic State (IS) claimed responsibility via the group’s Telegram communications channel.

However, some locals and experts alike are questioning whether IS was behind the attack.

Suicide attacks had previously been a routine event in Baghdad, but since IS was defeated in 2017 they had stopped. Security improvement had brought a near-normal life back to Baghdad.

Since 2017, some IS fighters managed to find a safe-haven in the Hamrin mountains of northeastern Iraq. From this remote, rural landscape, IS has waged a low-level insurgency against Iraqi forces, relying mainly on improvised explosive devices (IEDs) and small-arms fire in its attacks. They did not use suicide bombs, and their target was not civilians, with most attacks recorded in the northern provinces of Diyala, Salahuddin, Kirkuk, and Nineveh, and in the western province of Anbar.

The military defeat of IS was accomplished through the efforts of many groups, some who coordinated their efforts, and others who did not, but all were working toward the same goal.  The US led a multinational coalition to defeat IS, while the local Iraqi security forces were part of the coalition; however, Iraq’s Popular Mobilization Units (PMU), which are officially sanctioned by the Iraqi government, are backed by Iran.  In this case, the US, Arab Gulf, Iraq, and Iran were all fighting to defeat the same enemy, on the same battlefield, in what should have been a coordinated military effort, but US politics prevented a collaboration.

IS once controlled 88,000 sq km (34,000 sq miles) of territory stretching from eastern Iraq to western Syria and imposed its brutal rule on almost eight million people.

The US occupation forces

Suicide attacks against civilian targets were a near-daily tactic of mainly Sunni Muslim insurgents during the US occupation of Iraq after the US invasion that toppled Saddam Hussein in 2003.

The Iraqi government had requested the US military to enter Iraq to fight IS.  However, once IS was defeated, the Americans never went home, and became an occupation force. The Iraqi people protested the US troops’ presence, and the Iraqi parliament voted to demand the full withdrawal of foreign troops from Iraq.

Last year, former US President Donald Trump ordered the withdrawal of half the American troops deployed in Iraq, saying he had confidence in the ability of local forces to prevent a resurgence of IS. The US presence was cut from 5,200 to 3,000 in September and was due to fall to 2,500 this month.

The Chairman of Iraq’s Popular Mobilization Units (PMU), also known as Hashd al-Sha’abi anti-terror force, Falih al-Fayyadh, condemned the suicide blasts in Baghdad and added that such “desperate terrorist attempts” cannot cause the Iraqi people and security forces to falter.

Khazali said in a tweet “ISIS is not strong, but security negligence and the government’s lack of interest are the reason for the recent terrorist attacks in Diyala, Saladin, Anbar, Jurf al-Sakhar, and recently in Tayaran Square in Baghdad.”

He urged the Iraqi intelligence services to investigate the double suicide bombing, and to spend as much effort as they do in cases of targeting US interests.

The Iraqi government and parliament

The attacks come days after Iraq’s government said an early general election would be postponed from June until October to give electoral authorities more time to register voters and new parties, and amid a severe economic crisis.

Iraqi President Barham Salih strongly condemned the attack, saying that “we stand firmly against the rogue attempts aimed at destabilizing the country.” Salih tweeted blame for the explosions at ‘dark groups’.

Ali al-Bayati, a member of the Iraqi High Commission for Human Rights, tweeted that the bombings were an “indicator of the return of terrorism” and “the weakness of security institutions”.

Saudi Arabia condemned the attack and added their support for the Iraqi people.  At one time, Iraqis had blamed Wahhabi terrorists supported by Saudi Arabia for frequent terrorist attacks.  However, during the Trump administration, Saudi Arabia has said they no longer support Radical Islam and the terrorism associated with the political ideology.

The Gulf Cooperation Council also condemned the attack with Secretary-General Nayef Al-Hajraf saying, the GCC has adopted “steadfast stances toward terrorism and extremism and its rejection of all its forms and manifestations, motives and justifications,” as well as sources that fund and support it. During the Syrian crisis which began in 2011, Saudi Arabia, Qatar, and other oil-rich Gulf states had funded and supported the terrorists following Radical Islam, in their US-NATO role to bring about ‘regime change’, which has since failed.

The foreign ministries of the UAE, Kuwait, and Bahrain also condemned the attack, with other Arab nations, including Egypt, Jordan, Lebanon, and Tunisia, issuing similar statements.

Iran’s Embassy in Baghdad has also condemned the attacks.

Conclusions: differing motives by various players, and what next for Iraq

Regardless of what group was behind the double suicide attack in Baghdad, the violence and terrorism are aimed at destabilizing security in Iraq.  One PMU group, Hezbollah Brigades, blamed the US-Israeli-Saudi so-called “Triad of Evil”.

IS is usually in rural areas, and against security forces. This was a very different city-center target in the capital and targeted civilians of the poorest area of the city. The differences have raised red-flags among Iraqi security experts.

Iran’s Foreign Ministry spokesman, Saeed Khatibzadeh expressed a possible motive for the blast, that the Baghdad bombing was aimed at prolonging foreign forces present in Iraq. Khatibzadeh added that IS terrorism has been resuscitated in Iraq and is planning to disrupt the country’s peace and stability and provide foreign forces with an excuse to continue their presence in the Arab country.

It will be up to the Iraqi leadership to ensure a peaceful exit of foreign troops from Iraq while improving domestic security forces’ capability to face IS. The stronger a country is, the better it can combat terrorism. The terrorists utilize division, chaos, and fractured social values to operate. In the current situation that the US faces domestically, the terrorists may be watching and planning for their chance to enter the stage. 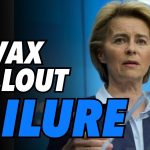