Thousands of Iraqis flooded the streets on Friday demanding a political overhaul.  In scenes reminiscent of similar past protests in Lebanon, the Iraqi people are frustrated by the endemic corruption of political leaders.  This anti-government protest began in October 2019 and has remained a constant source of unrest in Iraq.  As in Lebanon, the corrupted ruling elite failed to form a government, which left the country in stagnation, and the people’s feelings on the boiling point.

Steven Sahiounie of MidEastDiscourse interviewed Rafid Sadeq, well known Iraqi journalist and political talk show host, to get to the back story of the current crisis and its implications for the Middle East.

Steven Sahiounie (SS):   There have been massive protests in the streets of Iraq and political tension.  In your opinion, what is the cause of this political tension? Is it really over corruption, or is it foreign intervention?

Rafid Sadeq (RS):  It’s not possible to limit the developments to the current protests that Iraq is witnessing; rather, it is necessary to return to what happened in 2019, when October protests erupted calling for comprehensive political reform. Back then, the events came to an end with calls for holding early elections and forming a new government after Abdul-Mahdi resigns.

Following that, the results of the elections came in a way that confused the balance. The law came in favor of some political powers, whereas it disadvantaged others. However, these forces that consider themselves to be unprivileged due to the nature of the law have a political and social influence. Therefore, the political situation became confused; influential forces were underrepresented while politically and socially uninfluential forces became the representative.

Winning the elections in our country is not sufficient; one needs to have a political heritage and social influence that come in support of the winner’s votes numbers.

Protests were divided one time in favor of this and another for that and each calls for fighting corruption and system reform… All parties had enough corruption suspicions. The loudest anti-corruption shouts may be the most complicit ones, where they are loud to cover the embroilment. Unless we return to true representativeness and political balance, we will not witness stability in Iraq.

SS:  The political parties in Iraq are talking about new elections and a new constitution.  In your opinion, will this solve the problem?

RS:  Elections, on their terms and conditions, are a fair law that achieves good representation for all arenas and forces, an independent commission, a new government represented with full legitimacy, without compromise and not a caretaking one, and then the Parliament is dissolved.

As for the constitution, it is circumstances-oriented where it was written in circumstances that don’t belong to the current ones neither in terms of time nor of generation. Iraq has a youthful community, most of it born after 2003, which means that the existing people didn’t participate in the process of drawing up the constitution or voting for it, which constitutes a problem. Amending some of the constitution articles such as the ones on treasury and deciding on the largest bloc may denote an introduction to larger reforms that may touch on the form of the political system, to say the least.

SS:  The United States and Iran are getting ready to sign a new nuclear deal. This could mean the tension between Washington and Tehran will decrease.  In your opinion, will this new relationship between the US and Iran help Iraq and the Iraqis?

RS:  One of the most important problems of the regions was overthrowing Saddam’s regime without looking for an alternative one. Parallel to that, Iran’s nuclear program came to light to confuse the region’s balances i.e., Iran picked the right time for that.

In Iraq, attention was paid to the importance of a US-Iran dialogue to divide the spheres of influence restoring Iran to a normal state.

Iraq has 1300km of land borders with Iran and it Affects and is being affected by the Iranian situation. Moreover, settling the nuclear file would leave a positive effect on everyone’s interests. I think that the region’s states are now convinced that the agreement is about to be reached, evidence that the gulf ambassadors to Iran have been reinstated.

SS:  The Syrians accuse the US of stealing oil and transporting it in tankers to Iraq. What has the Baghdad government said about this?

RS:  In this region, oil wells comply with the communicating vessels principle. That is, the upper pour on the lower. Contrariwise, Iraq suffers from oil products being smuggled into Syria to take advantage of the price differences.

As for the crude oil, both Iraqi and Syrian crudes find their way to Turkey, which is a well-known fact confirmed by international reports and even in the statements and data of the leaders of some states.

I think that the USA wants to control the oil and deprive Damascus of an important economic resource.

SS:  President Al-Kadhimi had tried to improve the relationship between Tehran and Riyadh. What is the status on that effort?

Al-Kadhimi is trying to play a balanced role between Tehran and Riyadh and it seems that he was largely successful in this mission.

This mission began when Al-Kadhimi was the head of the security service and I think that al-Abadi and Abdul-Mahdi also paved the way for that.

Iraq’s position towards the parties is neutral and every success in the fence-mending mission is to a high extent related to the desire of the converging parties.

SS:  Moktada Al-Sadr announced that has resigned political life for life.  In your opinion why did he resign and was he under foreign pressure

Steven Sahiounie is a two-time award-winning journalist, and chief editor of MidEastDiscourse 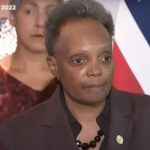