(Nothing that follows is to be construed as financial advice). Well, are they? The consensus appears to be that mostly men make spectacularly successful investors while women don’t. The flip side is that men also make lousy investors. This is because women tend to be more cautious while men take risks. The root cause of this is biology; it has always been far more dangerous for women to take risks. Consider sex, historically a man could bed a dozen or a hundred women, and as long as he took care to avoid “unsanitary” partners, there were no drawbacks. But if a woman became pregnant…uh oh. Caution is certainly a feminine virtue, but there are times when women excel at investing. Here are three such examples of American women.

In 1979, Hillary Clinton became First Lady of Arkansas when her husband was elected Governor. At that time she worked for the Rose Law Firm where she made partner in a remarkably short time. While working there, she dabbled in the stock market, in particular, cattle futures. (There must be a joke there). The futures market can be very risky but Hillary, who was by all accounts a total neophyte, managed somehow to turn a thousand dollars into close to a hundred thousand.

One pundit said the odds of her making such a series of successful trades was akin to finding the Dead Sea Scrolls on the steps of the Little Rock State House. But whatever “investments” Mrs Clinton made in Arkansas or while her husband was President pale into insignificance with their careers when they left the White House. She and Bill are said to currently have a net worth of $120 million, something that is probably a substantial underestimate. It is widely acknowledged if not officially that they did this by influence peddling through their foundation, which was undoubtedly the reason Mrs Clinton installed a private server in their home instead of using secure US Government networks when she was Secretary of State.

Nancy Pelosi is reported currently to be only the third richest Congresswoman in the United States but is probably the wealthiest if she and the other two consider their own wealth in isolation from their husbands’. If Mrs Clinton’s successful venture into cattle futures can be explained away as beginner’s luck, the same cannot be said of Mrs Pelosi, who together with her husband has made a string of amazingly successful investments, so much so in fact that her investments are tracked by several websites! Insider trading is a criminal offence in the United States, but like Mrs Clinton, as a senior Democrat politician, Nancy Pelosi is above the law, and as his recent drunk driving case proves, so is her husband.

The final case to be discussed here is that of Elizabeth Holmes, whose investment acumen dwarfs those of both Nancy Pelosi and Hillary Clinton.  Holmes was hailed as a female Steve Jobs but is now regarded as a female Bernie Madoff. She founded Theranos, a company that promised to revolutionise medicine. On the road to this promise she raised a staggering $400 million in venture capital; at one point Theranos was valued at $9 billion. Just as impressive as her fund-raising was the calibre of the people she conned, including George Shultz, the former Secretary of State who died last year aged 100.

Shultz was inadvertently a contributor to the undoing of Holmes and her company. At that time, his grandson Tyler was a student. He said he wanted Tyler to meet Holmes, and the young man was so impressed that he went to work for Theranos. It didn’t take long though for him to realise the technology Holmes claimed to have developed did not exist. In retrospect it is remarkable she was able to sell this idea to anyone.  Steve Jobs, Bill Gates and many others have developed new technologies and made fortunes while young, but medicine and related fields are a far cry from computer science. Typically, people who work in those fields have to labour for decades before changing the world, as Jobs once said.

Unlike Clinton and Pelosi, Holmes was called to account for her crimes, and is currently facing serious prison time. In January this year she was convicted on four charges of fraud. At her trial, she took the stand and blamed her misfortune on her partner-in-crime Sunny Balwani, but there were five women on the twelve person jury, selling the lie to them was a different proposition from damselling the men.

For some reason, the court has delayed sentencing Holmes until September 26. She appealed her conviction but on September 1, it was reported that a federal judge had given her short shrift.

So, are women better investors than men? That question has yet to be decided, but no rational person would argue that they don’t make better crooks.

Working for the oligarchs and not the american people has its benefits. When in power foreknowledge can be handy too.

Those 2 hags are straight grifting, thieving parasites. Just like the rest of DC. 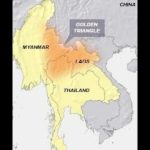 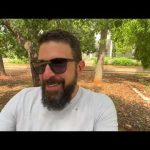