We have just seen International Women’s Day but we are also now in the middle of Women’s History Month. Feminists would have us believe anything men can do, women can do better and in heels. Tulsi Gabbard and who else?

Let us though take a look at some of the things men mostly do, and see how women stack up. Most of those alluded to below are still alive, but all have made history in one sense or another.

Countess Báthory (1560-1614) was the stuff of nightmares. Her crimes have inspired much literature and film, even songs. Over a roughly twenty year period she is believed to have murdered literally hundreds of young girls and bathed in their blood thinking this would give her eternal youth.

She was arrested in December 1610 along with four of her servant accomplices. They were put on trial, she was merely walled up in her castle until her death four years later, her husband having died in 1604.

Some recent scholars have claimed the stories about her were heavily embellished or totally invented. Often, revisionist historians are lambasted or ignored, but in her case they get a free pass.

Amelia Dyer (1835-96) was an infamous baby farmer. Although she was tried for only one murder, she had six confirmed victims, and the total number is believed to run well into three figures. After her conviction, Dyer was hanged at Newgate Prison.

Myra Hindley was the lover and co-conspirator of Ian Brady who facilitated his crimes and was a more than willing accomplice. They are known to have committed at least five murders, their oldest victim being seventeen. All but their last victim were buried on Saddleworth Moor, and Hindley actually posed on the grave of one of them for a photograph.

For many years, Hindley tried to work her ticket by claiming she was under Brady’s spell, and she managed to fool some influential people, including most notably Lord Longford, but public opinion would never have tolerated her release. After her death in November 2002, she was replaced as Britain’s most hated woman by…

Rosemary West, who was one of the most depraved individuals in British criminal history. She met her husband Fred when she was just fifteen, and was groomed by him as a prostitute, sexual deviant, and killer. She went on to surpass him. Between them, the Wests murdered at least twelve female victims, including one of their own daughters. Fred committed suicide while on remand awaiting trial leaving his wife to stand trial alone. It was proved that Rose had committed one murder while her husband was serving a prison sentence for theft; the victim was Fred’s daughter from his first marriage.

Prostitute Aileen Wuornos became known as the damsel of death. She murdered seven men, shooting them all. Her crimes were probably motivated as much as by hatred of men as material gain; she stole their cars and their money. Wuornos was executed by lethal injection at Florida State Prison in October 2002.

The flip side of crime is criminal justice. There have been many bad actors in this field, and of late, a lot of them have been women. This is because of something called the Peter Principle. At one time, the woman was often the smartest person in the room because as a humble secretary or PA she knew her place, knew her job, and did it well. With the rise of third wave feminism, the Peter Principle came into force; women were promoted beyond their competence just because they were women, and disaster followed. Kamala Harris is a living example of this.

In Britain, the late Barbara Mills was the first woman to hold the post of Director of Public Prosecutions. She was forced to resign because of her refusal to prosecute corrupt police officers under any circumstances. She was followed by three men who all did reasonable jobs, but Alison Saunders was a disaster. Her supervision of high profile rape cases came in for severe criticism, and on her watch a witch-hunt of male celebrities for imaginary sexual crimes ensued, including the spurious conviction of Rolf Harris and the attempt to set up Paul Gambaccini. Even so, she failed upwards like…

Cressida Dick, who was the first female Police Commissioner and is also a lesbian – awardinig her even more points on the totem pole of oppression. It should have been clear she wasn’t suitable for the post because of her involvement with the disastrous Jean Charles de Menezes case. This totally innocent man was shot dead by police in July 2005; he was suspected of being a terrorist on his way to plant a bomb. As the officer in charge of the operation, Dick authorised the shooting.

The most renowned con artists in history have been men, but two women stand out for their effrontery.

Somaly Mam was a former Cambodian prostitute who had a sad tale to tell, one that was total baloney. She raised money from the rich and the gullible to rescue young girls who had been trafficked for sex in the country. Her star find was Long Pro, a girl who had been exploited by a female brothel owner who had gouged her eye out. A TV programme that investigated the case came to a different conclusion. Long Pro was a poor country girl who had lost her eye due to a tumour that at one point threatened to engulf her head. She was helped by an NGO that arranged for an operation by a top surgeon who got rid of the tumour but was unable to save her eye.

Somaly Mam conned a lot of people in the West, including Hillary Clinton. That takes some beating.

Elizabeth Holmes was the woman Silicon Valley believed would be the female Steve Jobs. She even dressed like the late techno-genius. Now, she is regarded as a female Charles Ponzi. The rise and fall of the company she created, Theranos, has been thoroughly documented.
In January, Holmes was found guilty of defrauding investors by wire fraud. She will be sentenced later in the year. At her trial she blamed it all on her male co-conspirator, but that didn’t wash. Holmes may not have been the only player, but she was the major one.

It as often been said that if women ruled the world it would be a kinder, gentler place. History provides many examples that refute this starry-eyed version of the fair sex. Although women largely took a back seat in the ancient world, there have been many female rulers throughout history. Elizabeth I could be just as ruthless as her dear old Dad, Henry VIII. Torture was widespread during the First Elizabethan Age, and she did nothing to stop or even limit it. Indeed, the treatment she meted out to the pamphleteer John Stubbs was inhuman. But in the modern age we have…

Aung San Suu Kyi. In 1991, she was awarded the Nobel Peace Prize. Fifteen years later, she was accused of “legitimising genocide”. On February 1, last year, the once widely admired Burmese dissident was overthrown by the military. She is now serving a prison sentence after being convicted of sundry political corruption charges. 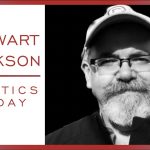 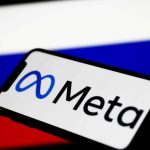