Failing is a small word when you see the bigger picture. We all remember the “peaceful” riots during the Summer of Floyd, but what has happened since is surreal. There are countless examples of this, but two will suffice.

No link will be provided to the video of this attack but you can find many edits of it on YouTube. The raw footage was released at the beginning of this month.

On February 21, a man walking along a subway platform in The Bronx opened his bag as he drew level with a woman sitting on a seat apparently waiting for a train, and smeared her with its contents, which have been identified as human feces, apparently his own. It was a sustained attack, and the poor woman must have wondered what on Earth was happening.

In due course, she spoke to the media in Spanish. She did not wish to be identified, but her attacker has been identified. His name is Frank Abrowka. This case has been discussed in depth by AK Nation and Black Gen Z Mindset on their YouTube channels.

How can someone who commits so many violent offences in less than two months be let back on the street? Apart from lunatic left wing district attorneys, this is being blamed on America’s cash bail system, which is admittedly unfair, but reforming it would be simple, it could be restructured similarly to the system used in the UK. A man who is arrested and released in his own recognisance who is then arrested for another, crime has also breached his bail and will then be remanded in custody until trial.

Disgusting though this case is, another case, unearthed by Judicial Watch, is unbelievable.  In the Virginian city of Alexandria, Ibrahm Bouaichi was alleged on credible evidence to have  raped, and seriously assaulted Karla Dominguez in October 2019;  the two had been in a relationship.

Bouaichi (pictured here with his victim) was initially held without bond, but his lawyers argued that due to the covid situation he should be released. He was freed on a $25,000 bond but was arrested again following a bizarre traffic incident in which he was also accused of assault. He was released again, and on July 29, 2020, he murdered Miss Dominguez before shooting himself.

To compound this, a magistrate who commented on the case to a local newspaper was fired. She is currently suing her three superiors. Clearly, serious failings of this nature should not be swept under the rug, and as more and more people are robbed, beaten, even murdered thanks to the current administration’s insane policies on public safety, fewer such cases will be.

I can only shake my head in amazement, but once on the slippery slope you will most likely keep going till you hit bottom. I don’t know where that is, but apparently we Americans are determined to find out, 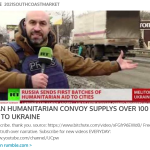