The system of cash bail used in the United States for people charged with criminal offences has come in for widespread criticism. The usual suspects argue that it is discriminatory in that the rich or simply better off can put up the money while those lower down the food chain can’t so that even if an individual is cleared, at the end of the day he will almost certainly end up losing his job and may lose his home as well. Obviously this cannot be good for him and is probably bad for society as well as he may end up homeless or back in prison, this time for an offence he has committed.

On the other hand, some people have been shown incredible leniency, for example, in the recent horrific case of what has been called the Waukesha massacre, the suspect was out on bail. Darrell Brooks has an incredibly lengthy rap sheet and should never had been granted cash bail of a thousand dollars after spending a week behind bars awaiting trial for a very serious offence, running down a woman in a car – the mother of his child. He was already on bail at the time.

But a closer look reveals this is two problems, not one. So-called progressive district attorneys in blue states, of which Wisconsin is one, seem intent on turning some of the most dangerous people alive loose on America. We can debate their motives for doing this, but at the end of the day the problem remains. The first problem can be solved by throwing out the cash bail system and introducing one similar to that used in England and Wales.

Here, people are generally bailed in their own recognisance, with or without conditions. If say, someone is murdered in some sort of street altercation, the police may make several arrests; those arrested may then be bailed pending further inquiries. If someone is caught bang to rights, admits an offence, or if there is fairly strong evidence against him, he may still be bailed by the police, or taken before a magistrate where he will either be granted bail or remanded in custody.

If granted bail at any stage, conditions may be attached to it, for example he may be ordered to stay away from a certain area or person, live at a designated address, subject to a curfew, and so on. In some cases, he may be required to provide a surety. An extreme case was that of Ronnie Knight, the then husband of the actress Barbara Windsor. Knight was accused of murder and arson; he was alleged to have hired a hit man to kill Alfredo Zomparelli who had been convicted of the manslaughter of Knight’s brother. Initially, he was remanded in custody but was eventually granted £200,000 bail – four sureties from outside the family. He was acquitted.

When Dr Leonard Arthur was charged with murdering a Mongol baby, his initial bail condition was that he surrender his passport. When it was renewed, a new condition was added, that he did not visit the hospital where he worked. He too was acquitted.

Both the above cases are from the 1980s, but the law is still much the same today. If someone is granted bail and doesn’t turn up at court with good reason, he has committed an offence, period. Similarly, if he commits an offence while on bail, this will normally be revoked and he will be remanded in custody.

This is a simpler, more equitable system that both protects the public and is fair to the accused. 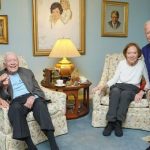