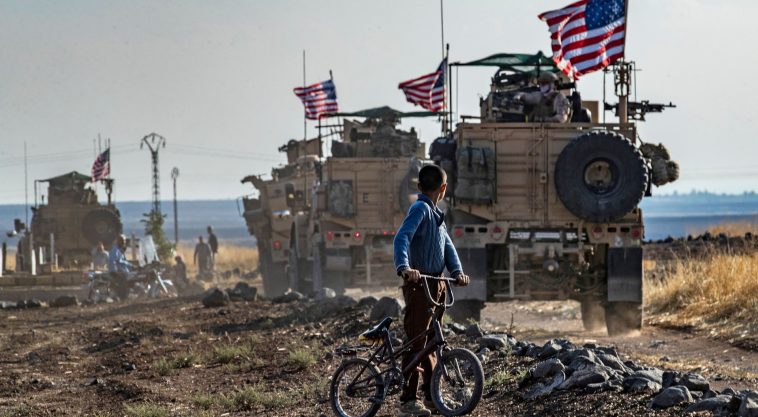 The American forces stationed at the Al-Tanf base at the border triangle between Syria, Jordan and Iraq carried out military exercises with the Revolutionary Commandos faction loyal to it in the Syrian Badia.

A local source said that the US forces conducted two exercises with the platoon within one week, as they held the first round of training on November 24, and the second on the 30th of the same month. Vehicles equipped with machine guns attack training targets.

Videos showed that American trainers provided lessons to the faction members about first aid, while the spokesman for the International Coalition, Wayne Maruto, tweeted on Twitter, that the training aims to support the allies of the “United States” in Syria to fight against “ISIS”.

The Maghawir al-Thawra faction enjoys the support of the American forces stationed at the al-Tanf base, and plays a role in targeting the Syrian army forces within the Syrian Badia with American orders. It besieges the al-Rukban camp near the al-Tanf base and prevents the people from returning to their original areas. Controlled by the Syrian army, while the aforementioned faction has not previously carried out any prominent military action against “ISIS.”

During the Vietnam war,the cry was Yankee go Home,these US trainers must know that they are giving sucker to jihadis head choppers??,thery’re Not idiots,I bet they make sure their backs are not turned and their rifles always close to hand..The neocons and neoliberals should know the war is over,get over it ,you Lost..

These GIs are just Imperial Storm Troopers working for the Empire. During the War on Vietnam we rebelled and did Sit Down Strikes, sabotaged AC Carriers so they couldn’t go to Vietnam. Then we Occupied the Capital Mall and threw our Medals at the Capital Building. There are few 911 War Veterans that have the Moral Courage to do that.

I was under the impression, that the U.S. had DEFEATED ISIS, and it was all over, with the exception of the ILLEGAL OCCUPATION of a foreign land and fomenting aggression and murder against the local citizens of Syria. Looks like Trump did not defeat ISIS then doesn’t it ? 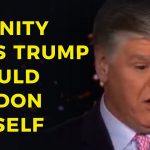 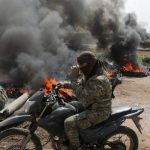