What is equitable instruction in mathematics? If you were to hazard a guess, you might suggest it involved teachers treating their pupils fairly, even the ones who obviously didn’t like them. You might suggest it involved giving additional help to those kids who struggled with algebra or trigonometry. If you were thinking along those lines, you would be sorely misguided. Click here to see what it actually entails; this is the kind of garbage that is now being taught in American schools.

Actually, this sort of thing isn’t so new; communist propaganda dressed up as history has long been peddled throughout American and British academe. For example, Howard Zinn’s 1980 polemic A People’s History Of The United States in the US. Also back in the 1980s, the Marxist Institute of Race Relations issued a series of outrageous pamphlets called Roots Of Racism which was used to brainwash the young. What is so disturbing about this latest effort, and what is happening now, is that the hard sciences are being targeted by these lunatics.

Mathematics is the one subject, the one and only subject, that is always above reproach. We can argue about the origin of the Universe – did the Big Bang really happen? We can argue about the origin of COVID, the guilt of Lee Harvey Oswald, or even the true nature of atoms, but there is no arguing with mathematics. Two plus two makes four in base ten, and would if the world were to end tomorrow. Pi d would be the ratio of a circle, even if the Universe were empty and there were no circles. That other transcendental, e, would still be the limit to growth in an empty Universe with nothing to grow.

Mathematics is based on theorems and equations that can be proved. True, a quadratic equation has two solutions, and when you start playing around with zero and infinity, you have to keep your wits about you, but there are no opinions. The solution to a mathematical problem is either correct or it isn’t. Period. Full stop. Finito. So how do we use mathematics to dismantle “white supremacy culture” and the like? Here are a few examples:

From page 8: “Adapt homework policies to fit the needs of students of color.”

Exactly how do the needs of a black student differ from those of a white one, or any other? Pupils may need to tailor their homework to fit their individual circumstances as with everything else in their lives.  For example, an only child living with his parents in a big house may have no problem with homework, but a teenager sharing a small apartment with three younger siblings and a blaring TV set…do the math!

“Recognize the ways that communities of color engage in mathematics and problem solving in their everyday lives.”

In what way is this different from people the world over?

“Teach the value of math as both an abstract concept and as a useful everyday tool.”

Again, what has this to do with white supremacy or white anything?

Page 37 asks if the theorem of Pythagoras should be renamed. How about we call ii the George Floyd theorem?

Page 71 asks “How do I dismantle power structures in the classroom?”

You don’t! A school isn’t a democracy, not as far as its pupils are concerned; they are there to learn, which includes obeying their teachers. Teacher accountability is a matter for bureaucrats (and parents through the PTA).

It would be both time-consuming and stomach-churning to go through the whole book here, but basically, anything it says that is useful, has absolutely nothing to do with white supremacy, racism, or any other such social construct.

Mathematics is universal, and although it can be applied to all manner of subjects, it is neither racist nor anti-racist nor white supremacist nor anything else of that nature. Mathematics has been developed and innovated by many civilisations in the past, and is continuing to develop. It is there for everyone to use, and for idiots to a-buse.

And the US claims it leads the world in everything? I suppose the brainwashed or brain dead believe they are the best, but when you come out with this nonsense about mathematics, then that’s only a further sign our western civilization is gone and there is no coming back from this.

Get $192 of an hour from Google!… Yes this is Authentic as I just got my first payout and was really awesome because it was the biggest number of $24413 in a week. It seems Appears Unbelievable but you won’t forgive yourself if you do not check it…..

But the base 10 system is most likely Egyptian. The symbols really don’t matter as they can be assigned any scribble, you dumb fuck

…”but a teenager sharing a small apartment with three younger siblings and a blaring TV set…do the math!”…
I happened to be that older teen and guess what – I got an engineering degree. Oh and I am white. Not all of us were born rich and I needed to join the Army to get the GI Bill to pay for school too. 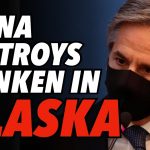 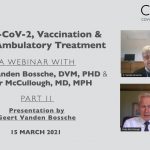