After four years of Russian collusion rubbish – now acknowledged but not widely known to be the product of Hillary Clinton’s sick mind – it is perhaps easy to forget there was once an equally outrageous but far more plausible such hoax. On November 22, 1963, the President of the United States was murdered in what was until the 9/11 attacks the most spectacular assassination in history.

This year, the anniversary passed with barely a word from cranks and the ignorant in the mainstream media, but seven years ago, the half-centenary, there was plenty of coverage.

What do we know about the Kennedy assassination? We know the man accused of it was arrested within hours. He was of course Lee Harvey Oswald. He bought the murder weapon, a twenty dollar rifle, by mail order. He posed with it in his back yard, used it in a previous but failed attempt to assassinate General Edwin Walker, fled the crime scene, murdered a police officer in cold blood when challenged, and drew a pistol on the men who tried to arrest him. Additionally, Oswald’s prints were found in the sniper’s nest he’d built on the sixth floor of the building from which, trained marksman that he was, he had a perfect view of the President’s limousine.

And yet there are those who claim Oswald was innocent, a patsy in the man’s own words. Less absurd than that is the claim he was an agent of a conspiracy, but which conspiracy? Over the decades all manner of conspirators have been suggested including, in no particular order, the CIA, the Mossad, the Mafia, Fidel Castro, and nefarious businessmen in the Deep South. The most plausible such conspirators however were the Soviets, or some agency of the then Soviet Union. This sounded so plausible because Oswald had actually “defected” to Russia. However, a closer look reveals this idea to be just as ludicrous as the claim that he was a CIA agent.

Oswald had become a self-indoctrinated communist when he was quite young, but in spite of that managed to join the military. Sent to the Far East with the Marines, he didn’t fare well, and as people who knew him would have predicted, he was soon discharged, shortly before his twentieth birthday. After travelling a bit, he ended up in Russia where he denounced his home country and applied for Soviet citizenship. Had he been a time-serving marine, a general perhaps, he would have been welcomed with open arms, but the officials who interviewed him recognised him for what he was, a mixed up kid. So he faked a suicide attempt in his hotel room, and to avoid an international incident, the mighty Soviet Union bowed to his will.

He was packed off to Minsk and given a soft job, although regarded with suspicion and kept under surveillance. Although he found disillusion in the Workers Paradise. he also found love, and married Marina Prusakova in 1961, about six weeks after they met. Then, he decided he wanted to return to America with his wife and now baby daughter. Fortunately or otherwise, he had not renounced his American citizenship, an American official having advised him against it. Travel abroad for ordinary citizens at that time was difficult, but the Russians couldn’t get rid of him fast enough, and after his unheralded return he ended up in a dead end job in a warehouse. The rest is history. And contrived mystery. Had Oswald lived, he would have been tried, convicted, and executed. Instead, the authorities held a press conference at which he was allowed to speak, and two days after the assassination, Jack Ruby simply walked into the basement of the Dallas Police Department which was crowded with journalists, and shot Oswald in the stomach. The murder was captured on film. The man in the light suit and hat (above) is detective Jim Levelle, who died last year aged 99.

If most of the conspiracising about the Kennedy assassination is based on ill-informed speculation, there is evidence the Soviets were behind at least some of it. In 1987, Armand Moss published Disinformation, Misinformation, and the “Conspiracy” to Kill JFK Exposed which covers this. The reason for their promoting this isn’t far to seek. The Russian leader Krushchev was a bellicose looking individual, but having averted a possible nuclear war the previous year, he wanted to improve relations with the West. And that was hardly possible if the Americans believed Mother Russia had a hand in the murder of their President.

It isn’t clear how much disinformation the Russians peddled, but they had plenty of competition from cranks and those who were simply out to make a quick buck. Oswald’s assassin Jack Ruby was a Jew, so was Abraham Zapruder, who shot the famous film of the assassination. Those two facts alone provided a fertile breeding ground for every anti-Semite, mystic and kook within a five thousand mile radius.

Probably the most outrageous conspiracy “theory” though was provided by Jim Garrison, a district attorney from Louisiana who was nearly as tall as Jim Comey and just as far off the planet. After being fed a load of guff by mischief-makers, Garrison managed to indict businessman Clay Shaw for masterminding the assassination. Garrison’s case was so weak that Shaw was actually granted bail until the trial, if you can imagine that.

The prosecution came to nothing, and although it has been much maligned, the Warren Report on the assassination has stood the test of time. Every conspiratorial aspect of the case has been debunked thoroughly from the innocence of Oswald to multiple shooters to the magic bullet theory, but as Donald Trump has discovered to his cost, lies about the President die hard if at all, unless he is a President in waiting and his name is Biden, in which case no one in the mainstream media has the slightest interest in not only lies but indisputable truths about one of the most corrupt men in American politics.

The typical response of a crank.

By far, the dumbest article I’ve ever read on this otherwise intelligent website.

Holes you could drive a truck through. C’mon man, The Kennedy assassination has to be THE single most thoroughly documented CIA operation in history, and probably one of the most convoluted. Wheres the stuff about the Henry Cabot Lodge/McGeorge Bundy parallel operation to kill Diem in Vietnam, and how that was supposed to happen at the same time as Kennedy was supposed to be killed by Thomas Vallee in Chicago at Soldiers Field on the 2nd? Wheres the stuff about Vallee and Oswald both serving at the same U2 base in Japan? Wheres all the stuff about the Oswalds staying… Read more »

All documented in the public domain…

This situation has existed since 1947.

Funny a president that was promoting lets let bygones be bygones in 1865 was murdered by a crank and then the rich northerners raped the south for fun and profit. Then a President who got hustled into the Bay of Pigs and then was planning to end our involvement in Vietnam was murdered by a crank and then it was escalated and the rich were made even richer. I’m guessing using a crank for a third time would have been to obvious – but they found a way to get rid of a president that was preventing more war profits.… Read more »

And then you start delving into the connections of these “lone cranks” you start tracking their movements in the run-up to these events, and your head explodes… Like what was Boothe doing in Montreal, and why was he getting a vast sum of money from a high ranking Britisher through a Montreal Bank? In the late 1800’s $30,000+ was a HUGE amount of money. And to bring it back to Russia, because when you look into the machinations of the “Empire of the City” its ALWAYS about Russia, is it not interesting that during the Civil War, England and France… Read more »

Exactly.
Although to be fair to England. They were just trying to defend their property in the South. After they go and ban Slavery they buy unused land in Alabama and Mississippi and move the slaves there and bring with it the abuse they used in the Caribbean and which was banned in the East Coast Southern states. BTW all the abuse of slave horror stories are from guess where. Also they replaced the African slaves with Indian and Asian ‘Indentured servants for life including offspring’. The French probably wanted part of their Louisiana Purchase property back.

I feel a strong tugging on my left leg. Wait, also on my right leg. Who is pulling my legs and why are you doing this?

Why in the world would “The Duran” publish such a factually disgraceful article? There are mistakes everywhere, but: “although it has been much maligned, the Warren Report on the assassination has stood the test of time” is probably the most risible of them all! Was the intention here to get one of the Duran’s regular authors to do a humorous, sarcastic, thorough-going takedown of this ignorant and specious drivel? If so, did you simply forget to assign someone to set this garbage in its proper comedic context? Or did no one even bother to read the thing before it was foolishly posted… Read more »

Think of it as absolute proof of their support of free speech. In a democracy the right to make a public fool of yourself is sacrosanct.

Have you read the Warren Report?
More to the point, can any of your insane ravings take that rifle out of Oswald’s hands, the one he posed with, or the hand gun he used to shoot Officer Tippitt? No, I thought not.

Do you know what a marksman medal is? Do you know that basically if you don’t shoot yourself during qualification you get one. He could barely shoot that gun.

General Ion Pacepa wrote the best theory in “Programmed to Kill”. Oswald WAS sent by Khrushchev.

What was really happening:

Stae withing a State within a State

Weird….after 50+ years, CIA subset and Mafia faction in informal or maybe even formal conspiracy seems the most likely of all scenarios.

“Oswald had become a self-indoctrinated communist when he was quite young, but in spite of that managed to join the military.”

Just think, if he’d played his cards right and survived, he might have made it to head the CIA, like Brennan.

JOHN BRENNAN: How did a card-carrying communist get to be head of the CIA?. 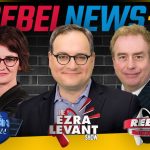 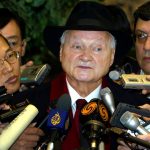 Posting....
wpDiscuz
19
0
Would love your thoughts, please comment.x
()
x
| Reply
Send this to a friend