For almost three weeks now,mass protests have been taking place in Belarus.

On August 9, opposition leader Svetlana Tikhanovskaya announced the falsification of the results by Alexander Lukashenko. After that, the people began to massively express dissatisfaction and call for a resignation of the current president.

During the protests, Tikhanovskaya, who is in Lithuania now, held a series of negotiations with prominent political figures. But among them I would like to highlight the last week’s meeting with the French political journalist Bernard-Henri Lévy.

Bernard-Henri Lévy has been featured in many coups d’état during this century. In 1999, he supported the NATO bombing of Yugoslavia. In the same year, he advocated the international recognition of the Chechen Republic of Ichkeria. In 2003, he sided with Mikhail Saakashvili in the “Rose Revolution” in Georgia. Then he took part in the events of the Arab Spring. In his book “The Unloved War”, he described how he organized “peaceful protests” in Libya. He also said that he earned about $ 100million from that war. In 2013, Lévy called for the overthrow of the government of Bashar al-Assad in Syria. In 2014, he was noted among the protesters on the Ukrainian Maidan. In2018, Lévy supported the revolution in Armenia.

Now he has appeared in Belarus. The French journalist called Svetlana Tikhanovskaya “the muse of the Belarusian revolution”.

I would like to note that in all conflicts, Bernard-Henri Lévy takes the side of the opposition. He is a supporter of militant liberalism.T he journalist himself does not hide that he loves blood and violence and is an active supporter of coups d’etats. Everywhere except for his own country. When the “yellow vests” strike broke out in France, Levy called for the violent suppression of the protests, stating that “they must be gassed.”

It so happened that wherever this person was marked, chaos, terror and blood remained behind him.

In the Western press he is called the “gray eminence of liberalism”. The journalist himself, of course, was not the organizer of the coups. But we can say with confidence that he is a kind of catalyst for the ongoing radical changes. At least that’s how it was all the past times.

And for Belarus, his appearance on the political arena together with Svetlana Tikhanovskaya is not a very good omen.

If the leader of the Belarusian opposition obeys the advice of a Western journalist,bloodshed may begin in the country.

It’s time for this idiot journalist to become a victim of his own making.

Svetlana Tikhanovskaya is either a deep-state agent or uninformed and naive.

She is a CIA agent.

“I would like to note that in all conflicts, Bernard-Henri Lévy takes the side of the opposition. ” With notable one exception: Palestinian protests against Israeli occupiers. Levy seems to have been quite content to watch the Israeli army taking pot shops at protesters on the other side of the Wall – and indeed journalists covering the demos and medics tending to the wounded. It’s not difficult to connect the dots and see that human rights have nothing to do with what this nauseating goblin supports.

Wars follow color revolutions like night succeeds day. After Yugoslavia in 2000 armed uprisings incited from Kosovo occurred in both Serbia’s Presevo Valley and in Macedonia; after Georgia in 2003 Saakashvili moved troops and armor to the Adjaran border; had Russia not withdrawn its troops, vacated its base and retreated there would have been a war; in 2012 Georgia invaded South Ossetia and triggered a war with Russia; since the U.S,-engineered coup in Ukraine in 2014 there has been a grueling war in the Donbas, with shells fired by Ukrainian military landing in Russian territory.

Two CIA agents pictured in the photo. Levy might also be working for Mossad on the side.

“And for Belarus, his appearance on the political arena together with Svetlana Tikhanovskaya is not a very good omen.”

He lives in France, she lives in Lithuania. Both are ‘persona non grata’ in Belarus. They will be denied entry. They will keep on blabbing nonsense from far away.

So we are 16 years into the plan he published. 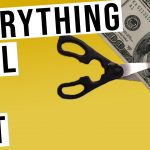 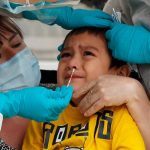