The results of the 2020 presidential elections in Belarus have forced some Belarusians to take to streets of cities to hold protests. Svetlana Tikhanovskaya was one of the main figures who attracted the attention of voters in Belarus.

She registered as an Independent candidate on 14 July 2020. She was endorsed by the campaigns of Viktar Babaryka and Valery Tsepkalo, two prominent alternative politicians who were barred from registering, with one being arrested for corruption and the other fled to Poland.

Thus, the alternative leader S. Tikhanovskaya became the main competitor of Alexander Lukashenka. Unfortunately, she turned from a simple housewife, without a clear pre-election program, into the Belarusian Joan of Arc who was supposed to lead the people behind her.

The fate of Joan of Arc is known to everyone. She was burned at the stake. The same fate was in store for Tikhanovskaya. It is obvious that activating the protest actions of the Belarusian people requires a “sacred sacrifice”, as it was on the Kiev’s Independence Square (Maidan Nezalezhnosti). In this case, she was perfect for the role. She was to become a heroine and her image would be hoisted on flags and posters by Lukashenka’s opponents.

It would seem that her fate is a foregone conclusion. But salvation came from where he was not expected. Thus, on August 10, the Belarusian special services reported that radical supporters of “changes” were preparing an attempt on Tikhanovskaya’s life.

Lukashenka personally came to her defence. On his instructions protection was provided by Tikhanovskaya. The ministries of foreign affairs of Belarus and Lithuania have agreed on all the necessary procedures for her evacuation to the Republic of Lithuania.

As a result, Tikhanovskaya did not seek a recount of the votes. She left her supporters and immediately after the elections left her country for Lithuania. Lithuania provided Tikhanovskaya with a good reception without loud negative statements about the Belarusian side.

Why did it happen so?

She would like to end her political career and be just the mother of her children. Nobody asked her what she wants. Another fate was in store for her. Tikhanovskaya no longer belonged to herself. Unfortunately, this weak woman is just a tool in the dirty geopolitical game in the struggle of the West and Russia for Belarus. And it broke her.

Lithuania isolated Tikhanovskaya from the outside world. No one remembers her at street protests anymore. Belarusians should not expect that Tikhanovskaya will return to Minsk on a white horse either.

How do you imagine a possible scenario?

Lithuania and other EU countries will prepare a package of sanctions against Belarus. Sanctions, mass strikes of workers and intellectuals will lead to a humanitarian disaster in the country. Then these protesters will realize they were wrong. But by this time Russia may repeat the Crimean scenario in Belarus, and the West will forever lose Belarus for itself.

This text was written by a western shill.

An ignorant one at that. For a while I thought he was talking about Lukashenko’s wife. 😉

“The results of the 2020 presidential elections in Belarus have forced some Belarusians to take to streets of cities to hold protests.”

Nobody forced some Belarusians to take to the streets. In fact, plenty of dollars and euros paid by western secret services lured them out into the streets. If they get their heads bashed in, they will not be able to enjoy the traitors’ money. What a shame.

…we know darling, how it works there!…who does not agree with the dictator is a traitor and is eleminated !…and that Russia is always good friend of all the worst dictatorship of this planet!…there is something increadably stange in that!…almost pahtological!…but don’t worry sooner or later your people with get rid of those sinister dictators!…just hope that they don’t end up like the one in Romania!…democracies prefer fair trials… 🙂

Look who's talking
Reply to  jpthiran

Sounds like too many Ukrainian nazi skinheads from the SBU have given you a brain beat down in their moonlighting initiation rituals.

Or he was born dumb, maybe. Stupidity can be hereditary, too.

Those nazi skinheads are true patriots. I know, I hung out with them for months and wrote an article praising their wonderful esprit de corps (or whatever that is in German) in Newsweek. It gives me goosebumps just thinking about it.

“She would like to end her political career and be just the mother of her children.”

That is the best thing this western paid dumb cow (aka ‘candidate’) can do.

yes, as any good comunist servent you best argument is the personal ofense…you are too low inded!…

The Walls Have Ears
Reply to  jpthiran

Are you a hasbarat or just a run of the mill troll? 😉

Nature or Nurture
Reply to  The Walls Have Ears

I think he might be a Polak. They post stupid things using stupid grammar all the time. Some are wacky from birth, others gain it over time.

I’m not adverse to her winning and immediately declaring new elections, like she said she would – but those malevolent winds blowing in from the west would never let her do that once they had their hooks in her.

“The fate of Joan of Arc is known to everyone”

How ridiculous to compare the Belarusian dumb cow to Joan of Arc. This is really kitsch.

I thought that Ukrainian nutcase was Joan of Arc.

They are all “Joan of Arcs” now. It is one of their favourite carnival costumes.

Who’d have ever thought that the Ukrainians themselves would burn her at the stake. They are a somewhat cannibalistic lot.

Olivia Kroth
Reply to  Forebodings in the Air

They are cannibalistic and idiotic.

Personally, I suspect Pompeo might think he’s Joan of Arc. Either that or Don Quixote.

Pompy is too fat. Joan of Arc was slim and fit. She rode a lot on horseback. Pompy would probably fall off.

Pompy is “morbidly obese”, to use Nancy Pelosi’s words.

If Biden wins, I understand he has a standing offer to star in a comeback of The Sopranos.

LOL
Reply to  Forebodings in the Air

….and old walrus-puss or maybe beauty-puss Abrams as his war time consigliere? Works for me.

Well, pelosi means hairy in Italian, so the two could make a good carnival sideshow act.

He is sort of a Humpty Dumpty character, in both form and word.

Lithuania sanctioning Belarus? Is the author of this s Reed serious? Lithuania is a basket case!

… author of this screed…

The “Luikashenka” spelling must be due to the belarussian language, which has become a kind of politically correct language for the opposition movement, just like in Ukraine, although nobody seems to be using it currently in Belarus and Luka is actually not known under this name. As for the story itself, it makes a lot of sense for various kinds of people, especially from the opposition, to assassinate Tikhonovskaya as a “sacred victim”, as does it to have her exiled. Obviously the stakes became to high for someone who never had the ambition to become a politician and even less… Read more »

Divide and Conquer
Reply to  pilhamu

Seriously, an unknown person without an election program who entered the race some 3 weeks before an election is no competitor, never mind a main competitor. She supposedly got the masses behind her in such a short time after appearing from nowhere? That is not enough time to garner momentum, not even if her campaign went viral. But in order for something to go viral there must be at least some hook and the author said there was none. Not even enough time for western polls to get a proper opinion. So no competition. Just another Guaido effect. Is she… Read more »

“Unknown person” to the Belarusian voters, but “known well enough” to the western secret services who probably trained the dumb cow and gave her cash to play the stand up “candidate” puppet in Belarus. But the western secret services miscalculated President Lukashenko’s staying power and the ruthlessness of Belarusian military and police. Minsk is neither Kiev nor Bagdad. Minsk is Minsk! And the Russian Federation is very close, the big and mighty next-door neighbour.

There’s another one I like but it’s not yet approved by the DNC.

Obviously the US secret services had their hand in it. They do not know much about Belarusian mentality. They projected their own situation at home on Belarus. It won’t work.

Interesting article. Thank you.
Funny, I read it differently to your conclusion.
You seemed to argue against Western interference then came up with the opposite conclusion? 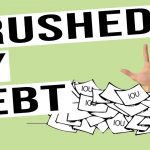 Posting....
wpDiscuz
35
0
Would love your thoughts, please comment.x
()
x
| Reply
Send this to a friend