Opposition presidential candidate Svetlana Tikhanovskaya, who is now in Lithuania, is undergoing a two-week self-isolation, during which she will decide on her future activities. This was stated by the Lithuanian Foreign Minister Linas Linkevičius.

The Lithuanian authorities daily makes official statements on the Belarusian issue, acting as a mediator in stabilizing the tense situation in Belarus.

Taking advantage of a failed attempt to block the construction of the Belarusian nuclear power plant in Ostrovets, Lithuania is initiating the implementation of a new package of sanctions against a neighboring state. Vilnius has been trying to deteriorate relations between Belarus and Europe.

No matter how ridiculous it may sound, but under the slogans of freedom and independence, equality and justice, Belarusians are driving themselves into a corner.

There is so much at stake, not only the choice of a new president , but actually the future of an independent state.

The situation in the country creates preconditions for Russia’s interference in the internal affairs of a weakened Belarus. Under the pretext of conducting a peacekeeping operation to pacify aggressive citizens and the functioning of the constitutional system, Russia can take both forceful and non-forceful measures to establish order in the absence of local authorities.

This text was written by a western shill.

Not hard to find them, just throw a dart blindfolded.

President Lukashenko talking to factory workers after his reelection:

Thank God that Belarus is getting closer to Russia again. That is the right place to be.

…poverty and brutality stay together … 🙂

Ukraine’s not the issue here.

Much better and safer than with the untrustworthy EU and US.

“Opposition presidential candidate Svetlana Tikhanovskaya, who is now in Lithuania, is undergoing a two-week self-isolation”

The dumb cow may as well stay in Lithuania and self-isolate there forever.

Is she played subliminal recordings of speeches by Jens Stoltenberg over loudspeakers day and night, like Jim Jones used to do in Jonestown?

“Maidan” did not happen in Minsk. Move on, nothing to see here. Go home!

Is there a Belarusian Parubiy?
Reply to  Olivia Kroth

Not enough neo-nazis in Belarus for Poland to train for rooftop protester sniper duty I guess.

Your typical Congressional Schmuck
Reply to  Is there a Belarusian Parubiy?

I still haven”t figured out who that guy Parubiy really is, but that’s not unusual. Neither have my colleagues.

I think maybe the Lits misunderstand the meaning of ‘mediator’ and think whoever crosses into their territory must be “medicated” with resistance-breaking drugs and fed NATO propaganda until they’ve been thoroughly turned.

What a load of Bs! And Lithuania sanctioning Belarus? Is the author nuts? – – Lithuania is a basket case. Lithuanian sanctions my a##e!

Lithuania is a joke called “country”. It is a dump where dumb cows graze.

Thumb's Down
Reply to  Olivia Kroth

Lithuania is in a perpetual dilemma of how to get out from under someone’s thumb, Poland, Germany, Russia, Soviet Union, even Latvia and of course, the latest they’ve yet to realize.

You name it, someone’s always got a thumb on it.

Given its size, it sort of reminds me of a ping pong ball on the great geopolitical game of table tennis.

Olivia Kroth
Reply to  Thumb's Down

Given its size and its unfortunate politics, yes. Lithuanian politicians are not the brightest bulbs on the light chain. Given the size of the country, they could have been dumbed down by incest over the centuries. It happens often in such dwarf countries, not much fresh blood there, as noone in their right minds would want to move in.

…darling, the only jokes in the region are Russia and Belarus, that have anual incomes per capita that are rediculous compared with any Baltic state!…Russia does – 11.000 USD and Estonia does 24.000 USD!…you understand now the meaning of joke and rediculous ?…

Putin, Lukashenko confident situation in Belarus will be resolved soon

If Luka had an ounce of survival sense, he’d call for new elections.

Olivia Kroth
Reply to  Forebodings in the Air

He has had plenty of survival sense so far, and will continue to do so.

“in the absence of local authorities”

Someone is trying to Guaido another country. 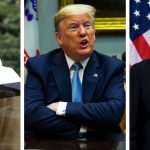 Posting....
wpDiscuz
28
0
Would love your thoughts, please comment.x
()
x
| Reply
Send this to a friend