Yesterday, one of the most unexpected geopolitical manoeuvres took place that no one was expecting. U.S. President Donald Trump went to Twitter to announce that Washington’s “two GREAT friends, Israel and the United Arab Emirates” made a “Historic Peace Agreement.” In years past, there would have been widespread condemnation across the Muslim world against the UAE, but in actual fact, the near complete silence in condemning Abu Dhabi’s decision speaks volumes. Israel is no longer the main priority for Arab Gulf states, and rather their geopolitical focus is towards countering what they claim are Iran’s ambitions to spread its Islamic Revolution in the Arab Peninsula and Turkey’s unwavering backing and support for the Muslim Brotherhood.

There is already strong speculation that following the UAE’s peace deal with Israel, one between the world’s only Jewish state and Oman and Bahrain will soon follow. If, or more likely, when Oman and Bahrain sign a peace deal with Israel, it is likely that Saudi Arabia will eventually follow, leaving Qatar and Yemen as the only Arab Peninsula countries to not recognize Israel. This will quickly change the geopolitical landscape in the Middle East as Israel, the UAE, Bahrain and Saudi Arabia have common enemies – Iran and Turkey, but have never been able to openly coordinate and cooperate with each other to achieve their regional goals and ambitions.

It appears that France is the main harbinger of such an alliance and is becoming the centerpiece of states who are opposing the ambitions of Turkey and Iran. However, for now, this is mostly focused towards Turkey, especially as French President Emanuel Macron only days ago announced that his country will increase its military presence in the East Mediterranean as part of a continuation of the Franco-Turkish confrontation.

Greek Prime Minister Kyriakos Mitsotakis responded to Macron’s announcement, thanking the French president by saying that France is a sincere friend of Greece and a protector of international law. According to the Greek Prime Minister, in order to continue the peaceful dialogue between Athens and Ankara, it is necessary for Turkey to stop its unilateral exploration of gas and oil reserves on Greece’s continental shelf that it began a few days ago. Last week Greece and Egypt signed an agreement on maritime demarcation that was welcomed by Bahrain, the UAE and Saudi Arabia, while Turkey declared the agreement null and void and declared that Greece and Egypt do not have a mutual border. The Greek-Egyptian deal was made under the auspices of the United Nations Charter Law of the Sea and effectively ended the illegal memorandum of understanding signed between Turkey and the Libyan Muslim Brotherhood government based in Tripoli. The Turkey-Tripoli deal aimed to annex Greek maritime waters between them.

What culminated was a Turkish announcement that its Oruç Reis research vessel will be escorted by seven warships to conduct seismic research in Greece’s continental shelf. This hostility was met with France’s immediate mobilization of some naval vessels and war jets to Greece and Cyprus, with Greece and France immediately conducting naval exercises. Among this escalation of hostilities, and despite Mitsotakis’ warning that an accident will occur in the Aegean Sea, the Greek Limnos frigate, commissioned in 1982, collided with the Turkish frigate Kemal Reis, commissioned in 2000. The 38-year-old Limnos frigate outmanoeuvred the Kemal Reis, considered one of the best warships in the Turkish navy, and sustained only limited damage, while the Turkish warship is now out of action for at least a few months according to some sources.

Although Turkish President Recep Tayyip Erdoğan alluded that the Limnos was damaged and threatened to attack anyone who harassed the Oruç Reis, he was quickly distracted by the shock of the UAE making a peace agreement with Israel. The UAE, just like the majority of the Arab Peninsula states, were never really vested in the Palestine issue, and rather they have a much bigger rivalry with Turkey and Iran. The UAE and France have been cooperating to counter Turkey’s ambitions. For France, Turkey threatens its influence and control over their former colonies in Africa, while for the UAE, Turkey backs and supports the Muslim Brotherhood that calls for the overthrow of monarchies in Muslim countries. Therefore, Abu Dhabi’s peace with Israel is to consolidate the anti-Turkey bloc into a more cohesive unit without miscommunications and problems caused by non-existing relations between some states, notably the UAE and Israel.

This brings France to the centre of such a bloc. France and Greece have impeccable relations with both the UAE and Israel, and with both states recognizing each other, they can now begin to coordinate efforts to counter Turkish ambitions more effectively and openly. Turkey recognizes this new coordinated threat headed by a nuclear France. Although Iran’s denouncement of the UAE’s peace deal with Israel is unsurprising, the Turkish Foreign Ministry shockingly and contradictorily reacted by stating:

“Neither history nor the collective conscience of the region will ever forget and forgive the hypocritical behaviour of the UAE, which is trying to depict the deal as a sacrifice for Palestine, when in reality it is a betrayal to the Palestinian cause for its own narrow interests.”

This is a curious response by Turkey considering it was the first Muslim country to recognize Israel and to this day has a multibillion-dollar trade relation with the Jewish state. However, Erdoğan recognizes that the peace deal between the UAE and Israel is a major threat to Turkey’s ambitions to dominate the region, especially at a time when Ankara is becoming increasingly isolated while states opposing Turkish ambitions are consolidating and coordinating. While France, Cyprus, the EU, Israel, Egypt, the UAE and Saudi Arabia have congratulated the Greek-Egyptian deal and/or denounced Turkish aggression on the Greek continental shelf, Turkey is completely alone and isolated in its aggression. It is for this reason that Turkey is using the peace deal between the UAE and Israel as an excuse for Ankara to potentially suspend diplomatic relations with the UAE, but strangely enough not with Israel, in the hope that other countries will follow its move. This unlikely to happen with any serious effect. 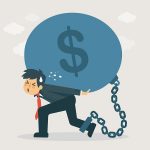