Authored by Onar Am via LibertyNation.com:

Many people find it challenging to comprehend how oppressive social media companies such as Facebook and Twitter have become toward people who do not share their far-left progressive ideology. One way to understand this is through a thought experiment: Were the Founding Fathers alive today, would they have been allowed on these platforms? The answer is likely no.

Some Founding Fathers from the southern states owned slaves, but let us put that aside for a moment and consider only their opinions. Most of them, Thomas Jefferson included, expressed a moral aversion to the practice of slavery, driven by their Christian faith. 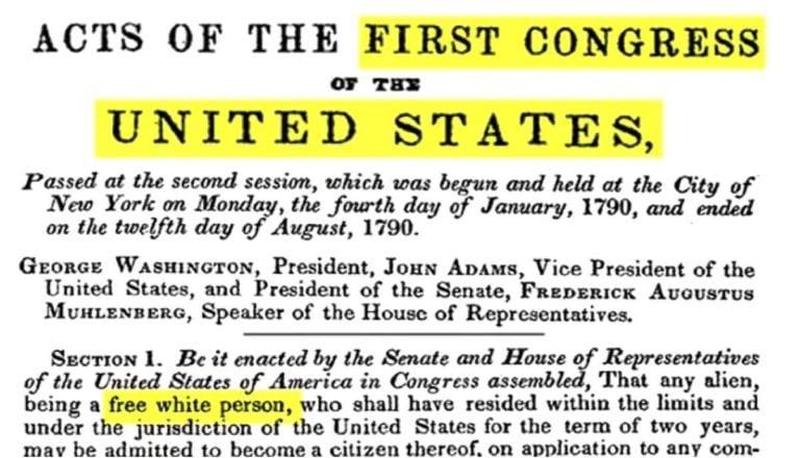 But at the same time, there was a near unanimous agreement of senators and representatives of the first Congress that immigration should be limited to “free white persons of good character,” as espoused in the Naturalization Act of 1790, which stayed in effect until after the Civil War.

Today, anyone who expresses such an opinion, at the time held by most citizens and statesmen, quickly will be branded as a “white supremacist” and banned from social media.

By modern standards, that view sounds blatantly racist, but it needs to be understood in context. There were no airplanes or internet back then, and global trade had latencies of years. The world they knew was fiercely tribal.

The newly formed United States was still at war with native Indian tribes, and American trade ships were plundered regularly by Islamic pirates from the Barbary states in North Africa. The explorers that went to Africa found no written languages, two-story buildings, roads, wheels, or machinery. They did, however, find hostile tribes who either tried to kill them or to sell them slaves from other tribes.

In this historically hostile world, where all cultures were at war, and tribal allegiances were paramount, from where would it be natural to allow immigration? Your ancestral lands, of course. The presumption is that people who share your culture, religion, civilizational values, and ethnicity are more likely to be compatible than people from hostile countries.

Notice, however, that not all white people could immigrate to America. Only free persons of good character. “Free” and “good character” meant they were not slaves or convicts, were financially independent, did not have a criminal record, and shared the ideals of the Constitution. They had to sustain themselves and abide by the laws for two years before they could apply for citizenship.

Surprisingly, the same troubles that faced the young nation 230 years ago also plague modern America. While race is no longer a requirement, modern conservatives still want immigrants to be “free persons of good character.” The problem is that the world outside the West is still fiercely tribal and racially conscious. Most cultures today reject the ideals of liberty and prefer socialism, corruption, and ethnic kleptocracy. 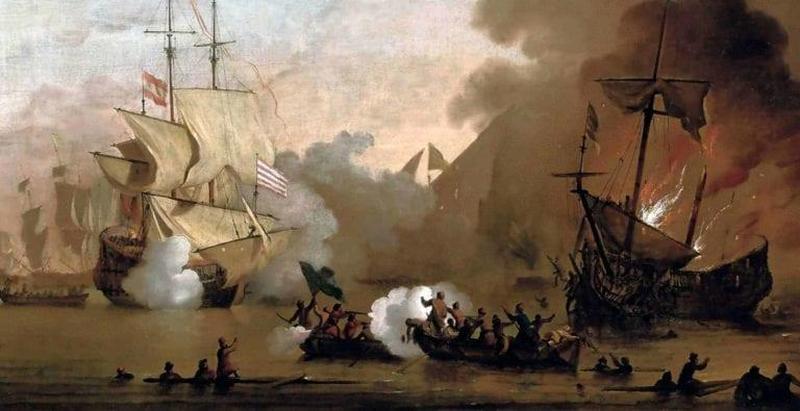 Insisting on immigrants who sustain themselves and don’t support socialism would eliminate billions of people from qualifying to enter the United States, most of them from non-Western countries.

Even though hundreds of millions of Africans, South Americans, and Asians would qualify entry based on self-reliance, skills, and good character, leftists deem such a policy to be racist because it favors immigration from Europe and East Asia. Therefore, they insist that any requirement must be abolished. Accept open borders and the destruction of liberty, or else you are racist.

It is commendable that the leading social media corporations want to combat bigotry, but we should consider that without the philosophy and culture of the Founding Fathers, slavery would still exist, not only in America but also in the rest of the world. It was white Christians who worked to abolish slavery and championed universal individual rights independent of race and religion.

However, it is ironic – and disturbing – that the very same people who made Facebook and Twitter possible now would be censored by these companies.

“Wound the Founding Fathers Be Banned from Social Media?”
YES. I think you’d have to be completely out of touch to say no.
Contemporary liberalism has nothin’ to do with classical liberalism.

Your fucking Foundering Fathers would have been hanged.
And rightly so. Nothing but a gang of genocidal oligarchs.