The Jehovah’s Witness cult is one of a number of cranky religions that arose in Nineteenth Century America. Its origins are thoroughly documented, as are both its scandals and its failed predictions. Its founder was a proven con man; although Charles Taze Russell was nowhere near as outrageous as Joseph Smith, his track record speaks for itself. As do those of his successors. The most outrageous prediction of the cult within living memory was that the world would end in 1975 – “Stay alive till seventy-five”.

You can find many testimonies on YouTube of people who left the cult when this prophesy failed, on for example the Ex Jehovah Witnesses of Arizona channel. But the cult has bigger problems than Armageddon at the moment. Like the rest of us, their lives have been altered drastically by the coronavirus pandemic. Until that struck they would meet in Kingdom Halls, but over the past few years these have been closing and congregations moving to Zoom. The pandemic isn’t the reason for this, it’s the excuse.

Michael Brooks and his good lady Kim are a husband and wife team of apostates whose YouTube channel currently has a shade over thirty thousand subscribers. Like other apostates, they receive information from disenchanted members of the cult. On January 20, Kim reported they had received information from someone in Canada to the effect that two congregations in Labrador had been merged, two congregations that are 330 (three hundred and thirty) miles apart. Granted Canada is a massive country, but 330 miles, seriously?

Up until a few years ago, Jehovah’s Witnesses used to go door to door trying to convert people, something that isn’t generally welcomed by those who are still in bed at 9.30 on a Saturday morning after being out on the tiles Friday night. Then they would stand around on street corners and the like displaying their literature. Now it’s Zoom?

Some apostates have speculated intelligently that there are sinister reasons for this new modus operandi. The cult is controlled by eight men in New York State known as the Governing Body. For several years, the organisation has been embroiled in litigation in several countries due to its policies regarding child sexual abuse. This has been discussed here before, but it isn’t the two witness rule that is the problem – there are always two witnesses to a sexual assault – it is that the people who control the cult, from the Governing Body down, regard sexual abuse, including child sexual abuse, as a sin rather than a crime.

Clearly this policy makes the cult a paedophile’s playground; in 2016, the Australian Royal Commission issued a damning report on it. Three years previously, an American former member exposed a secret database of abusers. The cult’s behaviour has led to extensive litigation including a $35 million judgment in Montana. Although this was reversed on appeal, the thought of further judgments and always expensive litigation can’t be anything but worrying for the Governing Body, so they are obviously taking steps to protect their assets. And if they fail? Televangelist and con man Peter Popoff went bankrupt after he was exposed by James Randi. It is far more likely that the Watch Tower Society will also go bankrupt than the world will end before Halley’s Comet returns in 2061.

I cant really understand this level of hostility to the JW faith. This is based on a literal interpretation of the Bible, and strict neutrality in secular affairs – refusing to be drawn into political controversies, perform military service, or participate in elections (leading to problems with many governments and regimes, from the Third Reich and Soviet Union amongst many others onwards.) At the same time, adherents are respectful of civil authorities and abide by the law where this does not conflict with their spiritual beliefs. You wont generally find JW believers inciting wars and violence, unlike factions of other… Read more »

What the XXXX is JW?

Also, “cult” is a somewhat perjorative term which might appear objectionable. A common feature of cults is that they tend to have charismatic leaders who exploit their followers financially and sexually, and who often espouse violence, Jim Jones and David Koresh being cases in point. These elements appear to be signally lacking in the JW organisation, whatever other criticism might be levelled at it. Most of the day to day administrative work is carried out by congregation elders, who give of their time without any material reward. This way of life and belief system may not be for everybody, but… Read more »

Will The World End By 2023? Now that would be a good idea to clear out all the greedy warmongers and their wives and start again. I am willing to be as the Americans call it ”collateral damage”

Will The World End By 2023? It will for some, that’s guaranteed. 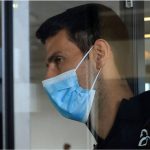 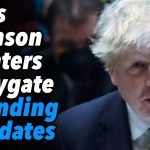