Two weeks ago the The NY Post ran a story that highlighted how humble blow-up dolls have been replaced with ultra-realistic, AI-infused sex robots that can cost over $10,000.

This leaves men, who have been demonized by western liberal ideology, the outlet to finally disengage from the feminist dating and marriage trap.

Cathy O’Neil authored a piece on Bloomberg entitled, “Maybe Sex Robots Will Make Men, Not Women, Obsolete“, arguing that it’s not women that have to worry about robots, but in fact men.

O’Neil makes the case that, “women and men can coexist, but possibly not cohabitate”…enter sex robots fulfilling women’s sexual needs, and “do the dishes and guard the door.”

O’Neil appears to be arguing less for sex robots, and more for a return of the alpha male…the same biological and evolutionary alpha manliness that feminists actively worked to kill off.

Advances in robotics and artificial intelligence have raised a dystopian concern for women: What if female robots become so realistic — and so adept at sex — that they render men incapable of engaging in real human relationships?

Actually, I think it’s the men who should be worried. It’s entirely possible that robots can outperform them.

Perhaps it’s time for a Big Think. Are women not as capable as men of crude objectification? There’s room here for everyone’s impure thoughts and desires. Robots don’t discriminate, and they can probably give good massages.

Don’t get me wrong, I have a good husband. I doubt I would trade in. But if I had a daughter, I might consider giving her a robot as a college graduation present. Preferably one who can do the dishes and guard the door.

And yes, I do think women could get spoiled by dashing menbots. Their standards might go up. They might even be lost to the dating pool altogether — like what’s already happened with some Japanese men.

Would that be such a bad thing? In the #MeToo age, I feel like raising standards is quite reasonable. It’s called for, in fact. Make the men compete. It’s the dating equivalent of having free state colleges lower tuition rates everywhere.

Granted, there could be dangers. There is, for example, the possibility that hackers could turn sex robots into killers. But the statistician in me can’t help asking: Would that make them more of a threat than actual men? Given the baseline murder rate for human sexual partners, it’s hard to get too worried. Plus, if they can understand female anatomy — I mean, really understand it — maybe it’s worth the risk.

Just to be clear: I’m not saying we should want to live in a militant feminist world without men. Far from it, I am suggesting that women and men can coexist, but possibly not cohabitate. Men will likely have trouble with things like household chores and remembering to go to the doctor regularly, but they’ll manage. Maybe Siri can make their appointments.

Who knows? If our sexual needs can be met by intimate automated helpers, maybe we’ll end up stronger as a community. We’ll come together, online or in person, and be more respectful, more relaxed, less edgy. It’s worth a try. So bring on the sex robots.

I don’t know whether to laugh or cry. To start with – this is an American problem, not a human one. As is modern day feminazism. It’s endemic across America. It doesn’t exist in most – I would say almost any – other countries. Again, America thinks it’s the centre of the world, and is therefor all the world. Sorry guys, you’re a rapidly sinking, highly disregarded and disliked appendage that’s gone bad. We’re just waiting to see if the infection will subside alone, or we have to perform surgery on you. Humans – well, normal ones – aren’t just… Read more »

You are wrong ..It is a WORLD WIDE Problem as THE JEWISH(FREEMASONIC,TALMUD) AGENDA is behind it…you can call it TRANSHUMANISM..GAYDOM,TRANSGENDER being pushed by HOLLYWEIRD,OBAMA,HILLARY,CRIMINAL MEDIA,WALL STREET and WASHINGTON, but it is about ..Androgynous…going back to BABYLONIA and beyond…

I’m not wrong. Point to where it’s happening in Russia, to start with!

To start with, Russia is a major source of human trafficking for the purpose of sexual exploitation across the globe. Russia is a significant destination and transit country for persons trafficked for sexual and labor exploitation from regional and neighboring countries into Russia, and on to Europe, Asia and North America. If memory serves St. Petersburg alone hosts an estimated 28,000 female prostitutes between the ages of 15-25. An estimated 70,000 Russian prostitutes work abroad today as sex slaves. The use of robots for sexual purposes will continue to grow. China, Japan, Germany, The U.S., etc., will be the largest… Read more »

I’ve been to Russia too. I saw nothing to equate to this. It’s not evidence. It’s just words and lines that anyone could put together to say anything. not interested. 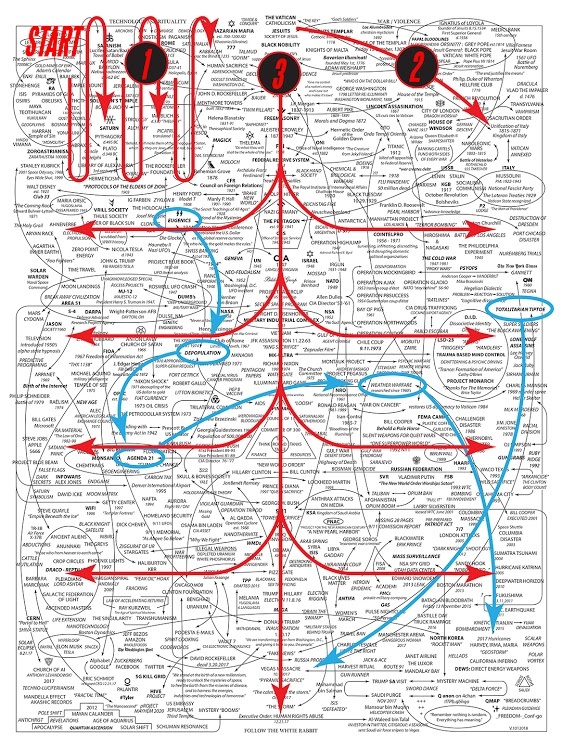 It’s coming! Are we ready for and do we know/realize the unintended consequences?