Twenty years ago, the New York Times knowingly published on 7 September 2002 a lie by George W. Bush saying that the IAEA had just issued a new report which said that Iraq was only six months away from having a nuclear bomb; and not only did that mainstream ‘news’-medium issue no correction when the IAEA repeatedly said that it had issued no such report, ever, but the IAEA was able to get only one obscure news-story published anywhere saying only that the IAEA had not issued any new report about Iraq’s alleged nuclear program — and that news-report, in turn, was not republished elsewhere; so, the IAEA’s denial of what America’s President had said that the IAEA had said — the very fact of Bush’s having lied to allege that the IAEA had said this — went virtually unpublished anywhere. But, meanwhile, on 8 September 2002 (the very next day), Condoleezza Rice issued her now-infamous lie that  “we don’t want the smoking gun to be a mushroom cloud,” and President Bush himself addressed the United Nations on 12 September 2002 to argue for U.N. authorization to invade Iraq, which authorization never came. Just before invading on 20 March 2003, he abruptly ordered all U.N. inspectors out of Iraq because the U.S. would invade immediately.

All of that history was documented by links to the original sources when I headlined on 23 October 2022 “Is Russia’s invasion of Ukraine really worse than America’s & UK’s invasion of Iraq was?” and reported about the virtually unanimous lying by U.S.-and-allied “news”-media to expand the U.S. empire. That news-report about the pervasive corruptness of U.S.-and-allied “news”-media and their refusal to publish the truth, was submitted to all news-media, but was accepted and published ONLY by three small and independent ones (which hadn’t been involved in that scandal and didn’t even exist in 2002): South Front, The Duran, and Modern Diplomacy; it was rejected by all others (including by all of the mainstream ‘news’-media) without explanation. (Google blacklists South Front and The Duran — excludes them from coming up in Web-searches.) So, the deceit by others (including by all of the mainstream ones) regarding the pathological deceitfulness by the U.S.-and-allied press, goes on, now, for at least more than twenty years, as-if they had been honest to their audiences, instead of were manipulating their audiences — because the biggest media-scandal of ALL is their virtual unanimity in protecting each other from being publicly exposed to be the propaganda-agencies, which they virtually all actually are and have consistently been, constantly propagandizing to expand the U.S. empire.

The media-lies about the war in Ukraine are just as extreme and unpardonable as were the lies that were used in order for the U.S. to invade and occupy Iraq in 2003. Perhaps the controlling owners of mainstream (and most ‘alt-news’) U.S.-and-allied ‘news’-media should be hung for what they did, but they (their hired agents) still do it and they still profit from doing so. Meanwhile, they suppress their few and small competitors that try to communicate to the public truths that must be known to the public if democracy is to become possible again in their countries.

Though the title here is “Why to Boycott All Mainstream ‘News’-Media,” almost all ‘alternative’ media likewise are controlled by billionaires and therefore routinely deceive their readers about international issues related to further expansion of the U.S. empire, and, consequently, ought also to be boycotted. I subscribe to none of them. And I ignore all ads. There are always ways by which individuals who take their news seriously can become exposed even to truths that almost all alleged “news” media censor-out.

The key point is that Iraq allowed UN inspectors to investigate all the sites the Bush team recently claimed were producing WMDs, and found nothing.

Great list, I would add the Jimmy Dore youtube channel. I don’t agree with him 100%, mostly because he refuses to see the effects of mass immigration into the USA, but he is fearless on all other issues.

With the exception of Alexander Mercouris on that list, they are all sites for articles, and I consider online articles with links to their sources to be intrinsically superior to any other format for nonfiction because it enables the audience immediately to access each source so as to verify that it does actually establish the given linked allegation as being factual (which often isn’t the case with ink-on-paper writings and their footnotes, which I have often found do NOT establish the factuality of the footnoted phrase). And generally talking heads in a video are even less trustworthy than that. But… Read more »

Just because an article is linked, and its author(s) have letters behind their names and degrees galore, doesn’t prove that what the article says is factual. This has never been more evident than during these last two plus years, when we were fed nothing but kaka by our learned betters, by scientists from every profession including the medical profession in its entirety with the exception of a few courageous conscientious doctors who lost their licenses to practice, etc. You seem to be stuck in the Wunder Wonderland of Academia. You got a footnote, you pass.

“Letters behind the names and degrees galore” has no necessary relationship to trustworthiness of a source, and I wasn’t alleging otherwise. The importance of linking to sources is instead to ENABLE THE READER TO VIEW THE EVIDENCE — whatever it is — so that the reader can judge on one’s own HOW TRUSTWORTHY THE EVIDENCE FOR A GIVEN ALLEGATION IS. What I am advocating for isn’t authoritarian (such as “Letters behind the names and degrees galore”), but the exact opposite. 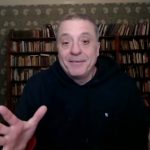 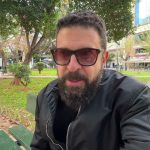