The claim that black Americans are owed reparations for slavery is an old argument, but one that seems to be constantly in the news. One of Biden’s nominees for the Federal Reserve is said to be an enthusiastic proponent of reparations, while last month a lecturer in government at Boston University pointed out that Canada had made similar provisions. Actually, they are not that similar because many of the injustices alleged against First Nations people north of the border are very recent and affect people still alive today.

Leaving that aside though, there are many objections to reparations for slavery. The most obvious is that everyone involved is long dead, and it is absurd to punish (in effect) some white people for the sins of their ancestors. Another objection, one that although obvious is never raised, is that if slavery hadn’t happened, the entire history of the world would have been different and no one alive today would exist. Think about it, if your father coughed during sex, you wouldn’t have been born. The further back in time we go, the greater the impact on the modern world of an inconsequential act like that. If Shakespeare’s father had coughed, think of all the literature that wouldn’t have existed. No one would have heard of Hamlet, and numerous cultural references would mean nothing.

Another, very obvious objection, one which the Joy Reids of this world don’t or won’t understand, is that but for slavery followed by colonialism, Africans would still be living in the Stone Age. Indeed, there are many rural areas of Africa where people still have no electricity. Can you imagine living without electricity?

Let us not concentrate on objections though, rather let us ask another question, namely, if black Americans are to be paid reparations for slavery, who else is entitled to them? How about the Israelites, or Jews in modern parlance? They were held in slavery by the ancient Egyptians. If you believe Moses was a legendary figure, take that up with your local rabbi, unless of course you are an anti-Semite.

If the enslavement of the Israelites in the ancient world is a matter of dispute, there is no disputing the suffering of the Palestinians under Zionism. You can argue they are not slaves, but living like dogs is hardly any better. They were expelled from Palestine in May 1948, and those still living are surely entitled to some sort of reparations.

Even more recent is Tibet. While the Tibetans are not slaves of China, they have suffered an even worse fate, their land has been occupied, much of it stolen, and their culture is being erased. Are they not entitled to compensation and justice?

Slavery in the United States lasted around two and a half centuries. The Roman occupied Britain from 43AD until 410, somewhat longer. Are not the descendants of the native Britons entitled to reparations from Rome, and who should pay it, the Italian Government? Come to think of it, didn’t Rome import slaves from all over the Empire, and didn’t the ancient Greeks have slaves too?

This may be difficult to believe, but the last country to abolish slavery did so only in 1981. That was Mauritania, and slavery was only criminalised there in 2007. Who pays the former slaves of this African nation reparations?

Leaving aside the logistics of reparations, the above examples should be enough to expose this scam for the shakedown attempt it really is. That being said, there is a better way to help the truly disadvantaged (of all races) in society: basic income. But that is another conversation.

In the late 1980s, in my home Country of Éire, my Grandmother lamented to me about the genocide that happen to my ancestors in the 1840s. My Grandmother informed me of the conversation she had with her own Grandmother, around the time of the Great War, who witnessed the Irish Genocide of the 1840s first hand, were many of my ancestors were starved to death. My Great Great Grandmothers recount of our family’s suffering, filled me with hatred for the British.  In what is ostensibly know as the Irish Famine, was in fact the Irish genocide of the 1840s, where… Read more »

The entire argument on slavery revolves around but one of it’s many aspects, i.e. chattel slavery and leaves aside the very real slavery of serfdom or indeed contemporary wage slavery. Now I am as positive as I can be that my ancestors were at some time tillers of the soil and not a slave-master or a feudal lord. So what about compensation for expelling me from my ancestral lands and, more recently for stealing away the common lands of England? This whole reparations thing is completely misjudged for if ever there were to be reparations for the descendants of American… Read more » 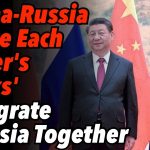 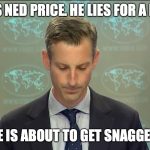