As we start the new year we should all be looking forward, but it doesn’t hurt to look back to see what was predicted for the past year. Psychics, so-called, are usually terrible at making accurate predictions unless they are either very general or the sort of predictions most people could make. Yes, there will be a notorious serial killer brought to book, if not in the United States then somewhere in the world; a plane crash with massive loss of life; an elderly politician dies in office, resigns on health grounds or is ousted…who could that be?

There are countless numbers of these con men, and just as many if not even more con women who are eager to take your money on-line or in person, but let’s look at a few who dispensed us free advice for 2021 and see how they shape up now it has been and gone.

Karen Yee babbles both Western and Chinese astrology, babbles being the operative word. On January 2 last year she said we may see something dramatic in December. Dramatic being a plane crash, an earthquake, a civil war – fill in anything dramatic for the lady.

Ralph Smart doesn’t live up to his name, but he does make a lot of predictions. On August 3 last he predicted the following:

More covid restrictions including censorship – like The Duran and countless others monitoring this manufactured crisis.

No vaccine that is 100% effective for all of us – as any doctor or anyone with a smattering of medical knowledge could have told us and probably did.

A new virus, not covid, which will also be staged – no, twice no and thrice no, but please don’t give these people ideas.

People will leave social media – suggesting great numbers; that doesn’t appear to have happened or to be happening in spite of many pundits advising us to.  Usually through social media.

He made many other predictions too, but as usual they are so generic  they could mean almost anything or are so predictable that any reasonably intelligent person could have predicted them.

On January 1 last year Psychic Nikki was called upon by the Canadian channel CityNews to give Canucks her predictions.

Everything will go back to normal, she said, hedging her bets by claiming this will take up to 2023.

Some politicians will resign in Canada. She didn’t mention Justin Trudeau, and sadly she would have been wrong if she had, but politicians resign all the time, including a minister in Ontario the previous month.

She said she was worried about Tom Cruise and Miley Cyrus. A List celebrity Cruise hasn’t been in the news much recently, but he appears to be both in sparkling good health and working on at least one project.

Incredibly, Miley Cyrus is still only 29, and in spite of some of her dubious antics appears likewise to be in sparkling good health.

Viola Davis possibly getting an Oscar. Or possibly not.  Miss Davis is currently 56 years old; she has won over a hundred awards including the Oscar for Best Supporting Actress in 2016, and was nominated for a 2020 film, so this wouldn’t have been much of a prediction had this “possibly” come true.

Taylor Swift will get married. Nope, but she is currently living-in-sin with a dude two year her junior.

Finally, Saagar Enjeti is no astrologer, but his honest evaluation of his performance was made on December 24. This was the major prediction he got wrong:

Joe Biden would have a 70% approval rating because all he had to do was distribute vaccines and give out $2,000 stimulus cheques.

If that was all he had done, he would certainly be a lot less unpopular than he is, but he kicked off his presidency by destroying eleven thousand high paying blue collar jobs and opening the southern border. Best not mention the laptop from Hell, Afghanistan, the encroaching police state or inflation.

If Saagar didn’t see that coming, neither did any of the psychics, and the public certainly didn’t or Donald Trump would still be President, apart from the little matter of a rigged election.

Your comments on psychics would be more impressive if you knew anything at all about the subject. Scoffing from a position of profoundly-ignorant bigotry just makes a fool of you.

If you can ever bring yourself to look seriously into the mountain of good literature on high-quality experimental psi-research, search for the subject of psi-resistance. You might learn something – about yourself.

So tell me the winner of the 2.30 at Newmarket next meeting. Only results count, otherwise you understand an awful lot about nothing.

If, seriously, you want an appropriate answer to that asinine question – solid, established, replicable results, at six-sigma levels of reliability – look into the area of research that I suggested above. Dr. Dean Radin’s work at the Institute Of Noetic Science (IONS), and physicist Russell Targ’s work on precognition – amongst other psychic abilities – are two good starting points. I don’t expect you to do so, though, because your – wearily familiar – scoffing asininity acts as a get-out from doing the actually-genuine self-education that I’m suggesting; precisely because in the process you’d discover something about yourself from… Read more »

Russell Targ was duped by con man Uri Geller. James Randi exposed this farce decades ago. Now if you can’t tell me the winner of the 2.30 at Newmarket or make any other meaningful prediction then his conversation is indeed over. By the way, your flying saucer is double parked. 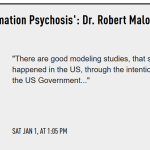 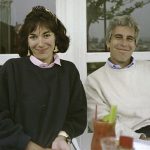