In every major country, the two teams are the neoconservatives versus the anti-neoconservatives. Neoconservatives, or “neocons,” are proponents of the U.S. empire and of its “rules-based international order,” and want it to be expanded to encompass all nations. Anti-neocons are, instead, proponents of the U.N. and existing international laws (which come from the U.N. and its agencies, NOT from any SINGLE country’s Government), and anti-neocons therefore favor internationally a global government that is in accord with the U.N.’s Charter and is therefore a type of limited global democracy, and diametrically opposed to any nation’s imperialism — opposed to any nation dictating to, or otherwise controlling, any OTHER nation’s Government.

Simply put: the choice is either a limited form of global democracy (such as the U.N., which its creator, Franklin Delano Roosevelt, who named it, had intended to be a global federal republic of nations), or else a continuation and expansion of the existing international dictatorship by the U.S. Government.

The Nobel-Peace-Prize-winning U.S. President Barack Obama stated to U.S. troops on 28 May 2014, shortly after the overthrow of Ukraine’s Government:

He was telling the military that America’s economic competition, against the BRICS nations, is a key matter for America’s military, and not only for America’s private corporations; that U.S. taxpayers fund America’s military at least partially in order to impose the wills and extend the wealth of the stockholders in America’s corporations abroad; and that the countries against which America is in economic competition are “dispensable” but America “is and remains the one indispensable nation.” This, supposedly, also authorizes America’s weapons and troops to fight against countries whose “governments seek a greater say in global forums.” In other words: Stop the growing economies from growing faster than America’s. There is another name for the American Government’s supremacist ideology. This term is “fascism.” But it’s the new form of fascism.

The reality, not talked about in public (since America isn’t a democracy, and a majority of Americans don’t even think it is), is that the United States Government propagandizes against foreign governments and then perpetrates coups and/or military invasions against them, in order to impose the U.S. empire’s dictatorial stooges, and then to crush whatever democracy had existed there. This U.S. fascism didn’t happen only in Iran in 1953, Guatemala in 1954, and Chile in 1973, but it happens also today, long after the ‘anti-communist’ excuse for it had ended in 1991. And then there was the coup that brought on the present war in Ukraine: Obama’s coup in Ukraine in February 2014, which replaced the existing neutralist and democratically elected Ukrainian Government, and installed there instead a racist-fascist (i.e., nazi) rabidly anti-Russian government.

This is the actuality of the American empire, and it’s carried out not ONLY by invasions but by coups, and also by sanctions. It’s “the rules-based international order”; and, in each major country, the two main Parties — the ones that are funded by the given nation’s billionaires (such as here) — are either neoconservative or else anti-neoconservative — or else BOTH Parties are neoconservative. (In no main country, except the ones that the U.S. regime is trying to conquer — nations where practically everyone knows that the U.S. is fascist — are BOTH of the main Parties ANTI-neocon. Opposing neoconservatism is the only way to become elected to national office in countries that are targeted by the U.S. regime.)

Furthermore, the top long-term funder of America’s Democratic Party recently urged  coups to be perpetrated in both Russia and China to bring down their Governments, and one reason he might have done this is that Putin in Russia, and also Xi in China, have far higher job-approval ratings in their respective countries than any recent U.S. President does or did; so, only by means of a coup or a direct invasion can an overthrow of the Government be done there. All American billionaires are neocons, even though some don’t publicly endorse neoconservatism — they just fund candidates who are neocons; so, this particular billionaire was merely expressing what virtually all of them actually want, which is like Obama had so often said (a succinct statement of neoconservatism): “The United States is and remains the one indispensable nation.” (All others are dispensable.) It’s like “Deutschland über alles.” And it could end in yet another World War.

I think the ultimate target for regime change as engineered by US State Department led by Generalfieldmarschall Nuland is not Russia or China but the regime in Washington DC. Itself. As convinced neo-con extreme right wingers whose object is total global domination, the OBVIOUS target must be where the debauched, corrupt, leaderless mess the several preceding and current pack of embezzlers reside. The empty head of which presently resides at 1600 Pennsylvania Avenue.

You think that Nuland isn’t backed 100% by both Biden and BOTH of the political Parties in Congress? Really? You think that the neocons are trying to regime-change the U.S. Government, and haven’t long BEEN (and are NOT now) the U.S. regime? 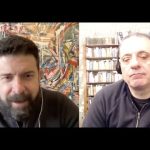 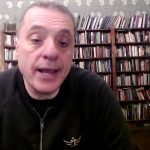