This isn’t a generic term like the black economy, but a specific entity. The domain paralleleconomy.com was registered October 28, 2015 and is described on its homepage as “A CENSOR-RESISTANT ECOSYSTEM”.

Although he isn’t the sole investor, Dan Bongino is currently the frontman for it. If by chance you haven’t heard of Bongino he is a former New York police officer and former Secret Service officer turned author/podcaster/TV presenter. He is also a personal friend of Donald Trump.

Although the current madness of vicious cancel culture and attacks on anyone to the right of Karl Marx as racist/fascist ad nauseam didn’t take off until the very public death of George Floyd – the pretext for it – the censoring of social media had been going on for some time before that, and in a broader context, it goes back decades. People who hold opinions the extreme left and the ruling elite deem to be “unacceptable” have long been the victims of often secret boycotts and censorship, what we now call shadow banning. For example, the Economic League was founded way back in 1919 by the British MP William Hall and a group of industrialists. It targeted communists and fellow travellers.

Communists, socialists and fellow travellers are now a protected class, but only those who are truly useful idiots.

Parallel Economy is building not just a censor-resistant ecosystem but one that cannot be taken down by any means. It includes Rumble – an alternative to YouTube, and Locals. This website was briefly forced off the main Internet and onto Locals, where it still has a presence. Parallel Economy includes a payment processor because regular payment processors like Paypal have been closing people’s accounts, probably under pressure from trolls, smear merchants like the ADL, and other hatemongers rather than for ideological reasons.

In July, Tim Pool announced he was leaving Paypal and moving to Parallel Economy. Pool’s rapidly growing media empire is in the forefront of those fighting back against the increasing repression. Hopefully many others on both sides of the Atlantic will join the fight. 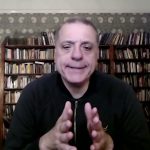 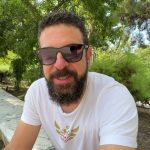