Democrats, Republicans, and independents, all need this person in the U.S. White House. We are the American people; and he represents, more articulately than anybody else does, on the most urgent and important issue confronting the world, what all Americans — and all of the people in the world — need. That’s a fact. That need is a fact. How can it become implemented?

This need has become desperate. On March 13th, Fox News headlined “US senators dismiss ‘World War III’ worries, say US would dominate Russian troops”. Almost none of the 5,000+ reader-comments there cared much about the fact that WW III would destroy all life on this planet, and most of the readers were concerned only about whether ‘we’ would ‘win’ that war — a war that would utterly destroy the entire world. The American public no longer consider a war between the world’s nuclear superpowers (U.S. and Russia) to be fundamentally different from, and enormously more unacceptable than, any prior war. The massive fear of nuclear war in 1962 during the Cuban Missile Crisis is gone, though nuclear war would be hundreds of times more destructive in 2022 than it would have been in 1962. The rabidly neoconservative American press has whipped up the international hatreds and blocked out the crucial facts in its international news-reporting, so as to produce America’s present misinformed and zombie-like public. This is idiocy on a massive scale, in our own nation, right now; and, so, America will have no public opinion restraining its leaders from destroying the entire planet in order to ‘save’ Ukraine — a previously unimaginable lunacy, but the reality today.

Only leadership such as Douglas Macgregor could provide would offer the type of leadership that might overcome this ugly present reality and transform America into a decent nation again — one that takes deadly seriously the deadliest of dangers, not only dangers to Americans, but dangers to the entire planet. America’s existing leadership is atrocious beyond anything in all of human history. We’ve not had the type of leadership that Macgregor can supply ever since at least the time of JFK, but the post-9/11 period has been especially nonchalant about the unacceptability of any WW III. For warfare, the atomic age brought with it a change of type, not ONLY a change of ITEM, but that basic fact has now been effectively forgotten in America, and this poses the greatest threat to the world in all of the world’s history — and this reality of Americans’ stunning ignorance and nonchalance about what a WW III would mean must change, and fast. Before nuclear weapons, there could have been any number of World Wars (superpower-conflicts); but, after the 1945 advent of nuclear weapons, there can be only one more World War, and it would begin the process that would soon end all life on this planet. Our nation’s leaders now are no longer restrained by the public about bringing it on. Shall we accept that?

Thank you for an excellent and insightful appraisal of the state of mind of the American people, and the dangers which now accompany it. Your commentry makes clear the need for the immediate emergence of a movement for sanity in America, guaranteeing the rights to security as well as economic development of all nations, an immediate priority. Col. Macgregor is intelligent and brave, as is Tulsi, and Tucker, but we cannot wait until 2024.

And Tulsi and Tucker are too controversial. By contrast, Douglas Macgregor could win.

Explain why Tulsi is too controversial, please.

She got under 3% of the votes in the Democratic Party Presidential Primaries; virtually all of her supporters are Republicans and independents, but there is no indication that even those groups preferred her to other candidates. I thought she was terrific, my top choice, but sadly had to conclude that she had very weak appeal to the American public. I was never able to understand why. Something about her, perhaps her almost robotic unemotional delivery, caused people to distrust her.

I have so far not seen anything that I find controversial about Tucker nor Tulsi. The reason you may have seen some may be that Tulsi and Tucker have been pointing out inconvenient facts for some time, and what appears “controversial” is probably nothing more than NWO/DNC propaganda against them, maligning them. MacGregor is a new voice, and the paid trolls haven’t been paid yet to let loose against him. It’s just a matter of (a short) time and they will be, just wait. No doubt some Me, too damsel will come forward accusing him of having sexually harassed her… Read more »

My sentiments exactly! You will have intelligence, pragmatism and prudence, sadly lacking in the US establishment today. We need the same in the UK too as we have liars in government AND opposition!

Let’s not forget Scott Ritter too. His appearances with people like George Galloway and Jimmy Dore have been exceptional in revealling all sorts of truths!!

I would agree except for this: His background tragically includes conviction for seeking sex with children.

Mr. Ma Gregor needs to be Secretary of State immediately to replace the ideological fanatics that literally RULE there.

THANK GOD for Douglas Macgregor! He is a pragmatist and that is badly needed in these dangerous times! If he isn’t president, at least make him general secretary of NATO so he can bang heads together and drum sense into our stupid leaders! 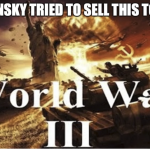 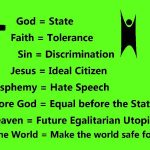