On 24 February 1990, U.S. President George Herbert Walker Bush secretly informed German Chancellor Helmut Kohl at Camp David, that though Bush and all of his agents such as Secretary of State James Baker had verbally promised the Soviet Union’s leader Mikhail Gorbachev that (as Baker put it) NATO would not expand “one inch to the east” (toward Russia’s border) if communism and the Soviets’ NATO-mirror military alliance Warsaw Pact would end, and the Soviet Union break up, this had been only in order to deceive Gorbachev, and, that actually, the Cold War on the U.S.-and-allied side would secretly continue until Russia itself would ultimately become part of the U.S.-controlled empire. Later, Bush similarly informed other U.S.-allied heads-of-state. A colleague recently told me that he considers this okay because there was no signed agreement by Gorbachev and Bush on this matter; so, those promises should just have been ignored by Gorbachev. (In other words: Bush’s intention for America and its allies to conquer Russia was okay.) I responded to him as follows:

Because of your underlying assumption that ONLY WRITTEN agreements count, I just now did some research on whether America’s now having unilaterally cancelled Russia’s membership in the WTO (World Trade Organization) so as to be able to tariff at sky-high rates Russian imports into the U.S. is legal. America is a signed member of WTO, and so is Russia.

The WTO Treaty (called “GATT” for “General Agreement on Tariffs and Trade”) opens with Article 1, Paragraph 1, which prohibits any member from providing “any advantage, favour, privilege or immunity granted by any contracting party to any product originating in or destined for any other country” unless the same treatment is being provided to all other member countries. That’s the core of the GATT: non-discriminatory international trade

The next question is whether (or under what conditions) a country can be expelled from the WTO (as America and its allies claim to be doing). The entire WTO Treaty fails even so much as to just mention expulsion — and, so, the honest answer here is clearly No.

Yet America ‘did’ it, and its vassal-nations (‘allies’) joined in — all of them clearly violating that written Treaty, which all of them (just as Russia had done) had signed.

On 12 March 2022, the neoconservative Washington Post, Jeff Bezos’s newspaper, bannered “There are two ways to kick Russia out of the world trade system. One is more likely to work.”, and it argued that, “Even if WTO members do not act collectively to suspend or expel Russia, they can act individually to effectively remove Russia’s WTO privileges. Indeed, Ukraine and Canada have already done so.” The argument is that this can be done if “a WTO member ‘considers necessary for the protection of its essential security interests . . . taken in time of war or other emergency in international relations.’” That excuse can be used by any country against any country it wants to harm, but since the Treaty includes no provision to expel any member, any country that uses this as a mere excuse — i.e., when NOT under threat (unlike Ukraine, which IS actually at war with Russia) — such as the U.S. and its allies are — violates the Treaty’s opening paragraph.

Previously, America’s having punitively tariffed China in 2018 had been ruled illegal by the WTO in 2020.

On 22 August 2018, the neoconservative Wall Street Journal had headlined “For U.S. to Stay in WTO, China May Have to Leave. Instead of unilateral tariffs, the U.S. and its allies could use the World Trade Organization to force China to alter its trade-distorting behavior — or leave”. It reported that:

There may be a more effective solution: threaten China with expulsion from the WTO. Calling this the nuclear option doesn’t really do it justice since the nuclear weapons don’t even exist. The WTO lacks a formal mechanism to throw out a member. But its founding charter, the General Agreement on Tariffs and Trade, includes a section, Article XXIII, that can achieve the same thing. It allows a case to be brought against a member for behavior that doesn’t specifically violate the treaty but “nullifies or impairs” the benefits every other country expects to derive from the WTO.

Of course, since their argument was merely smoke and mirrors, the only people whom it might have fooled would have been other neoconservatives — certainly no international legal body. (That’s WHY the WTO rejected it.)

Consequently, it is clear that at least in regard to America’s having signed onto the WTO Treaty, its signature (and that of its vassal-nations) means actually nothing. That was a signed, sealed, and delivered American-and-international contract (Treaty), but America (and its ‘allies’) violate it with impunity. (They, in fact, do this routinely.)

So, the real issue here isn’t ‘signed’ versus ‘only spoken’, but, instead, honest versus dishonest, and maybe even more basically war (coercive) versus peace (non-coercive). Russia had done everything it could to avoid needing to invade Ukraine in order to disempower the nazis who have been running the country ever since Obama’s 2014 coup placed it into the hands of rabidly anti-Russian racist-fascists there. Both the U.S. regime and its NATO military alliance answered Russia’s demand clearly: No, never — only we can have any say over whether or not Ukraine, on Russia’s border, joins NATO! What other option did Putin then have, in order to avoid a Cuban-Missile-Crisis-in-the- reverse-direction? Why is U.S. President Biden (and why aren’t his predecessors and his allies) who refused even to consider Putin’s very reasonable demand to exclude Ukraine from NATO, not being blamed as having actually caused this war?

On 24 February 1990, Bush introduced the plan. The war in Ukraine is one climactic result of that plan, which G.H.W. Bush had started and Barack Obama raised to the threat-level it now poses. Vladimir Putin really is responding to that plan, in the only way that is realistically left to him to do.

Trust Eric to provide a clear analysis that explains not just the details but the full over-view of this world conflict. Thanks, Eric. 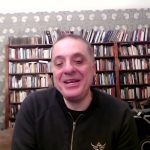 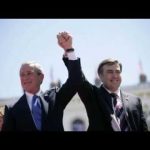