Watch out! The killer virus is coming!

Well … maybe not. Behind any pandemic, there are always a long set of assumptions that underpin the medical reports and subsequent political and legal decisions. These assumptions are barely recognizable since they are routinely reported as facts. However, to truly justify everything that’s happening all over the world right now – social distancing, surveillance, censorship, lockdowns, quarantine, medical martial law, economic crashes, new digital currencies, governmental emergency powers – with mandatory vaccinations and human microchipping slated to come – those in charge at the Department of Propaganda have to convince you that those assumptions are facts. So, we’re going to take a journey down the rabbit hole to ask some fundamental questions not only about the coronavirus but also the mysterious entity of the virus itself. What is a virus? Can a virus cross from animal to human? Can it cross from human to human? Did you know the CDC admitted that their beloved PCR test is essentially useless, as it doesn’t tell you whether a virus is causing disease? Is it 100% proven that viruses cause disease in humans anyway? How do the competing theories of germ theory and host theory/terrain theory play into this? So, buckle up, open your mind and get prepared for a ride.

What Is a Virus?

Mainstream Western Medicine (allopathy) developed due to the influence of the Rockefellers who created it to help sell their petroleum drugs which became the basis for today’s Big Pharma medicines. The Rockefellers and other NWO (New World Order) central banking bloodline families overtook the schools and curricula for Medicine, and shut down competition like homeopathy, via the Flexner Report. They made sure that allopathy would be purely focused on pharmaceuticals and blocked proper nutritional knowledge from doctors. This is the same mainstream medical system that sets the definitions for things like viruses, so let’s begin with a healthy dose of skepticism. This is also the same Rockefeller family that funded the UN (and donated land for its HQ in New York), whose Rockefeller Foundation has co-opted education and whose Rockefeller Foundation released a 2010 paperanalyzing how governments could/should react to a pandemic scenario.

According to this mainstream scientific mindset, viruses are entities composed of DNA or RNA fragments (genetic material) and encased in a protein cover and/or lipid (fat) envelope. They are not technically alive, requiring a cell host to replicate. They are tiny – far tinier than a bacterium – and unlike a bacterium they are not a cell, so they don’t have a respiratory, circulatory or nervous system. The virus is said to be right on the border of the living and the non-living.

However, there is an important alternative view of the virus. The late primal diet/raw meat advocate Aajonus Vonderplanitz (who died in 2013) gave this fascinating interview during the swine flu hoax of 2009, when everyone was freaking out (not as much as with the coronavirus, but in a similar vein to the hyped ebola and zika outbreaks). He claimed the following:

– viruses are created by the body to clean itself when friendly bacteria can no longer break down all the waste;

– all viruses are good viruses, being necessary cellular responses;

– viruses are like a solvent or soap, made by cells to help dissolve and eliminate toxins (a solvent is something that will make the solute [the thing to be dissolved] turn into a solution [liquid]);

– viruses are specific to the cell that created them;

– viruses don’t exist outside of bodies; and

– that only way that a virus can cross species is if it’s made in a factory and injected, i.e. extracted, kept in a lab, genetically altered and modified, weaponized, then made into vaccines and bioweapons.

Dormant viruses and latent viruses can exist in our bodies all the time without causing disease. The mere presence of a virus in an organism doesn’t tell you anything about the health of that organism. It is quite possible that due to all the toxicity in our world (junk food, GMO crops, chlorinated and fluoridated water, poisoned skies), our body has to make a solvent to help us get rid of the toxins.

Interestingly, the main points in the interview with Aajonus are also explained in this recent video by Australian Tom Barnett.

What if the body is producing viruses in response to toxicity? What if their apparent spreading and replication is due to the body making many of them to clean up a mess?

French scientist Antoine Bechamp (more on him below) did experiments that led him to discover tiny particles which he called microzymas and which others have called protids, somatids or exosomes. These tiny particles are pleomorphic (taking on many shapes) and may well go through a life cycle where they begin as ‘buds’ (which is what the word ‘germ’ means etymologically) or offshoots, and later develop into viruses or bacteria. The fact that microbes can be pleomorphic is a very important concept to understand. This idea is also relevant when it comes to understanding what cancer is and how to heal it naturally. In an earlier article Inner Terrain vs. Outer Terrain: Which Do You Emphasize for Good Health?, I explained:

“Claiming discovery that the “molecular granulations” in biological fluids were actually the elementary units of life, Béchamp named them microzymas—that is, “tiny enzymes”—and credited them with producing enzymes and were the builders of cells while “evolving” amid favorable conditions into bacteria. Denying that bacteria could invade a healthy animal and cause disease, Béchamp claimed instead that unfavorable host and environmental conditions destabilize the host’s native microzymas, whereupon they decompose host tissue by producing pathogenic bacteria.””

“The virus is fully an exosome in every sense of the word.”

“ALL Viruses from HIV, EBV, CMV, Hepatitis C, West Nile Virus, Ebola, Measles, Zika, and Now the Coronavirus, are ALL Phantom Viruses – Viral Existence Has NEVER Been Scientifically Demonstrated and Never Proven! … Thus, the polio and measles vaccines do not contain viruses, but particles of dead monkey kidney tissue or human cancerous body cells. To date, no negative control experiments have been done with respect to the so-called polio and measles viruses either, which would have shown that it was the laboratory procedures that lead to the cytopathic effects on the cells … the only objective conclusion … they were observing and analyzing the cellular particles or fragments and the activity thereof in the test tube, misinterpreting these as particles and characteristics of the alleged polio and/or measles viruses.”

Young also writes about the ‘coronavirus’:

Thank you very much for posting JayTe.

A WOMAN OF COLOR WHO IS MISLEADING HER OWN KIN : A USERER. Some of want to know more about this lady Dr Yolandra Hancock…she share an office with a religious NGO with an MD address. We also want to know why SPUTNIK RADIO in WA DC is hosting this woman, who, for a medic, is transfixed on pushing vaccines and masks. Not sure about the “people of color” community but people who abuse and deceive are not welcome. We had plenty of USA trash in Europe. GET OFF OUR RADIO INTERNET CHANNELS. That includes women, people of color, people… Read more »

Absolute scum of humanity: a fraud misleading her own people.

This woman is a fraud:

Meanwhile in the USA: 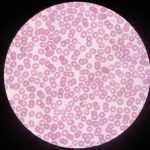 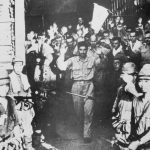