The American defense of the Philippines in 1942 is remembered as a valiant effort to hold off the unstoppable Japanese Army. The conquest of the Philippines by Japan is the worst major military defeat in United States history. After just four months of fighting, over 23,000 American military personnel were killed or captured, while embedded Filipino soldiers killed or captured totaled over 100,000. The soldiers fought well, but the overall defense plan was horribly incompetent resulting in a rapid defeat by a smaller Japanese force.

“The Fall of the Philippines”; Louis Morton; US Army History Center; 1953; https://history.army.mil/books/wwii/5-2/5-2_Contents.htm#toc

“Reports of General MacArthur”; Department of the Army: 1950; https://history.army.mil/books/wwii/MacArthur%20Reports/MacArthur%20V2%20P1/macarthurv2.htm#contents

“Douglas MacArthur Is One of America’s Most Famous Generals. He’s Also the Most Overrated”; Time; Nov. 11, 2019; https://time.com/5724009/douglas-macarthur-is-one-of-americas-most-famous-generals-hes-also-the-most-overrated/

known to USA intelligence, BEFORE THE EVENT, and no action or warning was

given? And what was the purpose of the scarifice? WHO BENEFITTED?

Real online home based work to make more than $14khy. Last month i have made $15738 from this home job. Very simple and easy to do and earnings from this are jus
t
For more detail visit the given link……….. https://Www.NetJob1.com

The problem was McArthur didnt get permission to attack Jap airfields on Formosa on Dec 8th, only to get permission after the Jap airforce destroyed Clark. It was the most stupid decision of the Pentagon. It was the 2nd PearlHarbour.

McArthur had 8-12 hours to secure his airforce after Perl Harbor and did nothing.

Correct, but it wasnt only the fault of McArthur. It was not a military decision rather a political one. For the US Empire to emerge the European Colonial powers UK FR NL had to be destroyed. Japan didnt want war but Roosevelt gave it no other choice. Its important to know the US Navy went MIA in those days. 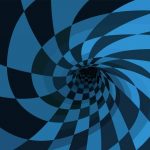 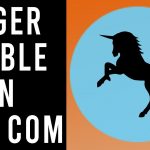