Virus mania is a social disease of our highly developed society. To cure it will require conquering fear, fear being the most-deadly contagious virus, most efficiently transmitted by the media … to err is human, but to preserve an error is diabolic” – Etienne de Harven, MD, in forward to book.

Before the Coronavirus Panic was instigated in the U.S., Torsten Engelbrecht and Claus Köhnlein, M.D., Kiel, Germany, wrote a book in 2007, “Virus Mania: How the Medical Industry Invents Epidemics Making Billion Dollar Profits at our Expense.”  This book is not only prophetic but unassailable with 836 footnotes in 266 pages.

This book will make most people mad who have lost businesses and jobs due to the overkill governmental response in California to the so-called virus epidemic.  Dr. Kohnlein scientifically debunks the popular notions that SARS Coronavirus, AIDS, Asian Flu, Hepatitis, Polio and Cervical Cancer are caused by a virus. According to his research viruses are blamed for many epidemics manufactured by the pharmaceutical industry and big media who reap mega-billions from governmental panic.

Kohnlein makes it clear from the start that modern medicine is still in the Dark Ages when it comes to virus epidemics. The cause of the so-called corona virus epidemic is only conjectured to be virus from indirect antibodies that are “unspecific” in determining virus as the cause. Antibodies are a sort of footprint, but of what is still unknown according to Kohniein. Recreational drugs and antibiotics can also produce antibodies, which cause antibody tests for virus to come out positive. He states that viruses, if they exist, may be self-produced in the human body for all we know at this time.

Kohniein’s book doesn’t deny that people get sick “although many are not really sick at all, but are only defined as sick, and then are made sick or killed” he says.

Being completely germ free says Kohnlein results in death. He indicates that epidemic health policies are based on the flawed “Germ Theory” of Louis Pasteur that is used to exploit fear. In contrast, the Terrain Theory (soil theory) of Antoine Bechamp is more accurate but never used by policy makers.  According the Terrain Theory, the immune system has to first be fertile soil for a virus, bacteria or influenza to cause harm or trigger an autoimmune reaction that can kill.  Kohnlein sees virus testing as like “trying to say someone has bad breath by looking at his fingerprint”.

The Germ Theory is favored by government says Kohnlein because “it prefers that man perish than change their habits,” which help politicians appease certain groups.

In a separate interview (here) Kohnlein cites a Lancet Journal case study of how doctors over-prescribe medications and treatments so they can’t be legally blamed for doing nothing. But this kills the patient.  He says the medical protocol for treating the alleged coronavirus, published in the February 18, 2020 issue of the prestigious Lancet Journal at the onset of the virus panic, is malpractice.

The authors of that Lancet case study were connected with the School of Health Sciences at Wuhan University, China.  This raises the question whether China did not necessarily weaponize a virus but weaponized a deadly protocol for treatment instead that has been used on so-called coronavirus patients in the US who had the flu or TB?

In his online interview Kohnlein says he treats those walking into his clinic who want tested for corona virus because of symptoms of fever, shortness of breath, etc., by telling them he doesn’t do the test. He tells them to go home with the usual remedies for flu (bedrest, hydration, aspirin, etc.). When pressured to do the test he finds they have Influenza A and calls the Coronavirus test very unreliable because false positives are programmed into it.

Kohnlein said that doctors tend to over-treat so they can’t be blamed for doing nothing.

“Politicians are in the same position (as doctors) and that is why they are overreacting, because they would lose their positions if they did too little. If they implemented all measures, as they have so far, then they would have hindered an epidemic that probably was never there in the first place.”

According to Kohnlein, medical science (“the deep state”) is ruled by “secretiveness” that uses a “self-produced” epidemic emergency as cover for its “privilege granting, lack of accountability, blatant lack of monitoring” and overkill medical protocols.  Supporting this is a “quasi-religion” that invents its own false-positive markers for disease, its own self-serving theory of germs and a false belief in a “magic bullet” of vaccinations that are too late, don’t work and can kill.

This is not a quack book written by those on the political fringe or with a political agenda. It was written in Europe with a focus on world wide policies.

Joachim Mutter, MD, Freiberg, Germany, writes in the forward to the book:

“…most of the epidemics presented in the media as horror stories (flu, Avian Flu, AIDS, BSE, Hepatitis C, etc.) do not actually exist or are harmless.” Etienne de Harven, MD, Professor Emeritus, University of Toronto, also writes in the forward:

“We are not witnessing epidemics; we are witnessing epidemics of fear. And both the media and the pharmaceutical industry carry most of the responsibility for amplifying fears, fears that happen, incidentally, to always ignite fantastically profitable business”.

This book won’t be read by what Kohnlein’s calls the profiteering “corrupt” pharmaceutical industry and opportunistic media or government health care policy makers. But perhaps citizens who have been swept up in the panic can be better informed about the bigger picture of the Coronavirus Panic. Perhaps what hospitals should focus on is influenza and dormant tuberculosis carriers who are more susceptible to virus or flu.

The very elderly mother of a former friend of mine was in a care home and her drug bill a few years ago was 1000 Swiss francs a MONTH!

Another friend whose mother was also around 90 spent the last six months of her life in a care home and why? Because she had been over-prescribed medication which was making her fall all the time so she couldn’t stay at home.

Money may not be the root of all evil but the love of it is.

Note to the Duran Management.

You are late to this story.

Why are you so docile?

Moreover you may wish to follow this report. When it becomes public.

Are you sure you can handle this?

The questions continue about the accuracy of the data and the long term consequences of the “lock down”.

“Generation Mask – How Will COVID 19 Affect America’s Youth in the Future? with Guest John Cullen” 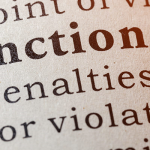 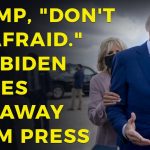