Billionaire and former Jeffrey Epstein associate Les Wexner told his employees Monday that he regrets ever crossing paths with the disgraced pedophile financier, according to Bloomberg.

Wexner, founder of L Brands Inc. which owns Victoria’s Secret, said in an internal email that he “was NEVER aware of the illegal activity” Epstein is accused of committing. “As you can imagine, this past week I have searched my soul … reflected … and regretted that my path ever crossed his.” said the 81-year-old mogul of Epstein.

After launching a business relationship in the 1980s, Wexner and Epstein formed ‘a financial and personal bond that baffled longtime associates,’ according to the New York Times.

“I think we both possess the skill of seeing patterns,” Wexner told Vanity Fair in 2003. “But Jeffrey sees patterns in politics and financial markets, and I see patterns in lifestyle and fashion trends.” 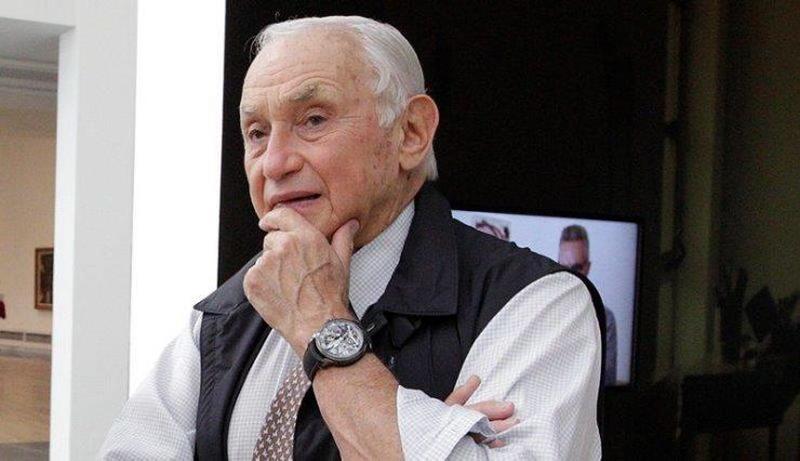 Wexner would go on to open doors for Epstein – who managed “many aspects of his financial life.”

By 1995, Epstein was a director of the Wexner Foundation and Wexner Heritage Foundation and president of Wexner’s N.A. Property Inc., which developed the Ohio town of New Albany, where Wexner lives. Epstein also was involved in Wexner’s superyacht, “Limitless,” attending meetings at the London studios of the firm that designed the vessel. –Bloomberg

In the email to employees originally reported by the Columus Dispatch, Wexner says that he severed ties with Epstein nearly 12 years ago – after the financier pleaded guilty to a sex crime involving a teenage girl.

“I would never have guessed that a person I employed more than a decade ago could have caused such pain to so many people,” Wexner said in the email. “I would not have continued to work with any individual capable of such egregious, sickening behavior as has been reported about him.”

Yet, Epstein portrayed himself as a way for young models to perform sexual favors in exchange for a backdoor into Victoria’s Secret. According to a former Manhattan-based modeling agent cited by the New York Post, “Some of those girls got in.”

“It was still significant cash for a young model doing the catalog,” an agent told the Post. “They weren’t making hundreds of thousands but they could make about $5,000 a week modeling for the campaigns or the catalog. Not all the girls sent to him got jobs, but a lot of them did.”

In short, Wexner had an extremely close business relationship with Epstein – who allegedly engaged in sexual favors with girls, some of whom later worked for Wexner, yet the 81-year-old knew nothing of Epstein’s proclivities.

Others have distanced as well, reports Bloomberg.

Others have also sought to distance themselves from Epstein in recent days, including hedge fund manager Glenn Dubin and his wife Eva Andersson-Dubin.

Andersson-Dubin, a former model who became a physician, previously dated Epstein and continued to socialize with him after his time in jail. Epstein had invested in Dubin’s hedge fund and was also considered a friend. –Bloomberg

“The Dubins are horrified by the new allegations against Jeffrey Epstein,” they said in a statement. “Had they been aware of the vile and unspeakable conduct described in these new allegations, they would have cut off all ties and certainly never have allowed their children to be in his presence.”

And despite Epstein being a registered sex offender and pedophile, Andersson-Dubin thought he had rehabilitated himself and deserved a second chance.

“She is mortified that she, like so many others, was deceived by him, and feels terrible for the young women who have been harmed by his actions,” reads their statement.

Former President Bill Clinton similarly ‘disavowed’ Epstein, claiming on Monday that he “knows nothing about the terrible crimes Jeffrey Epstein pleaded guilty to in Florida some years ago, or those with which he has been recently charged in New York.” 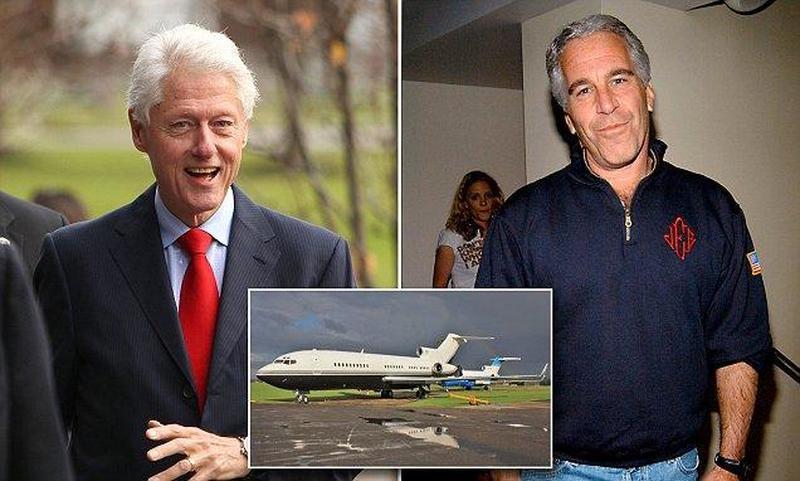 Clinton also claimed that he’s only been on Epstein’s recently-sold ‘Lolita Express’ a total of four times, despite flight logs and pilot records clearly indicating otherwise.

According to research by investigative journalist Conchita Sarnoff, Clinton “was a guest of Epstein’s 27 times,” adding “many of those times Clinton had his Secret Service with him and many times he did not.”

And as the New York Times points out, despite Epstein’s status as a registered sex offender beginning in 2008, and his 13 month work-release sweetheart prison stay, many people continued to associate with him.

Powerful female friends served as social guarantors: Peggy Siegal, a gatekeeper for A-list events, included him in movie screenings, and Dr. Eva Andersson-Dubin, a champion of women’s health, maintained a friendship that some felt gave him credibility. Mr. Epstein put up a website showing Stephen Hawking and other luminaries at a science gathering he had organized.

“If you looked up Jeffrey Epstein online in 2012, you would see what we all saw,” Leon Botstein, the president of Bard College, said in an interview. He seemed “like an ex-con who had done well on Wall Street,” who was close to the Clintons and gave money to academic pursuits, Dr. Botstein said. That was why, he noted, Bard accepted an unsolicited $50,000 in 2011 for its high schools, followed later that year and in 2012 by another $75,000 in donations. –NYT

Now that Epstein is decidedly radioactive, none of his past associates seemingly knew anything – and are horrified at the monster they never saw coming.

All of them are so full of it their eyes are brown.

Amazing…. none of them knew about his crimes until it became public, even Bill Clinton who made 26 trips on his Lolita Express and stayed on his Love Island. Seems there’s a lot of a##e covering going on.

Its a shame the so-called gas chambers missed all this filth, they are all of the same tribe , who prey on others, because they believe they are “Gods chosen few” ??????? Ha Ha more like children of a lesser god, none other than satan. We, the Christian world, need to be rid of these paedovors, these psychopathic/sociopathic scum, who contaminate our world like a cancerous canker.