The latest ruling by U.S. Judge Dabney Friedrich, ordering Mueller to stop pushing stories about Russian troll farms connected to Putin, interfering in the US election process, explains why Mueller’s testimony to Congress has been pushed back by one week.

It appears that the Democrats, in collusion with Robert Mueller, have to now compose a different script of lies, now that a court order has shut down one of the main pillars of the Russiagate hoax.

Authored by Daniel Lazare via ConsortiumNews.com:

Don’t look now, but a federal judge in Washington, D.C., has just shut down half of Robert Mueller’s Russian-interference case.

In February 2018, the special prosecutor indicted a St. Petersburg troll farm called the Internet Research Agency along with two other companies, their owner, Yevgeniy Prigozhin, and 12 employees.  The charge: fraud, traveling to the United States under false pretenses, and using social media platforms such as Facebook and Twitter to “sow discord” and “interfere in US political and electoral processes without detection of their Russian affiliation.”

The charge was both legally dubious and heavy-handed, a case of using a sledge hammer to swat a fly.  But Mueller went even further in his report, an expurgated version of which was made public in April.  No longer just a Russian company, the IRA was now an arm of the Russian government. “[T]he Special Counsel’s investigation,” it declared on page one, “established that Russia interfered in the 2016 election principally through two operations.  First, a Russian entity carried out a social media campaign that favored presidential candidate Donald J. Trump and disparaged presidential candidate Hillary Clinton.  Second, a Russian intelligence service conducted computer-intrusion operations against entities, employees, and volunteers working in the Clinton campaign and then released stolen documents.”

“Prigozhin,” the report added, referring to the IRA owner, “is widely reported to have ties to Russian President Vladimir Putin.”  A few pages later, it said that the IRA’s efforts “constituted ‘active measures’ … a term that typically refers to operations conducted by Russian security services aimed at influencing the course of international affairs.”

Thus, the IRA played a major role in the vast Kremlin conspiracy to alter the outcome of the 2016 election and install Donald Trump in office.  But now Judge Dabney Friedrich has ordered Mueller to stop pushing such stories because they’re unfair to Concord Management and Consulting, another Prigozhin company, which astonished the legal world in May 2018 by hiring an expensive Washington law firm and demanding its day in court. 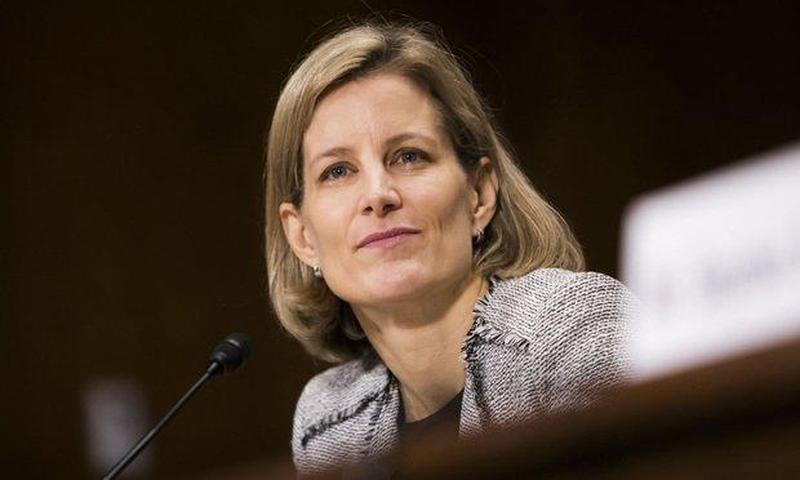 Contrary to internet chatter, Friedrich did not offer an opinion as to whether the IRA-Kremlin connection is true or false.  Rather, she told the special prosecutor to keep quiet because such statements go beyond the scope of the original indictment and are therefore prejudicial to the defendant.  But it may be a distinction without a difference since the only evidence that Mueller puts forth in the public version of his report is a New York Times article from February 2018 entitled “Yevgeny Prigozhin, Russian Oligarch Indicted by US, Is Known as ‘Putin’s Cook.’”

It’s a case of trial by press clip that should have been laughed out of court – and now, more or less, it is.  Without the IRA, the only argument left in Mueller’s brief is that Russia stole some 28,000 emails and other electronic documents from Democratic National Committee computers and then passed them along to WikiLeaks, which published them to great fanfare in July 2016.

But as Consortium News pointed out the day the Mueller report came out, that’s dubious as well.  [See “The ‘Guccifer 2.0’ Gaps in Mueller’s Full Report,” April 18.]  The reason: it rests on a timeline that doesn’t make sense:

But why would Assange announce the leaked emails on June 12 before hearing from the source on June 22?  Was he clairvoyant?  Why would he release a massive file just eight days after receiving it and as a little as four days after opening it up?  How could that be enough time to review the contents and ensure they were genuine? “If a single one of those emails had been shown to be maliciously altered,” blogger Mark F. McCarty points out, “WikiLeaks’s reputation would have been in tatters.”  Quite right.  So if Mueller’s chronology doesn’t hold up, then Assange’s original statement that “our source is not the Russian government and it is not a state party” still stands – which it plainly does.

Going Up in Smoke

Bottom line: Russiagate is going up in smoke.  The claim that Russian military intelligence fed thousands of emails to WikiLeaks doesn’t stand up to scrutiny while Mueller is not only unable to a prove a connection between the Internet Research Agency and the Kremlin but is barred from even discussing it, according to Friedrich’s ruling, without risking a charge of contempt.  After 22 months of investigating the ins and outs of Russian interference, Mueller seems to have finally come up dry.

“Revenge of the oligarchs” might be a good headline for this story.  The IRA indictment initially seemed to be a no-lose proposition for  Mueller. He got to look good in the press, the media got to indulge in yet another round of Russia-bashing, while, best of all, no one had to prove a thing.  “Mueller’s allegations will never be tested in court,” noted Andrew C. McCarthy, a former federal prosecutor turned pundit for the rightwing National Review.  “That makes his indictment more a political statement than a charging instrument.”

Then came the unexpected.  Concord Management hired Reed Smith, a top-flight law firm with offices around the world, and demanded to be heard.  The move was “a real head-scratcher,” one Washington attorney told Buzzfeed, because Concord was beyond the reach of U.S. law and therefore had nothing to fear from an indictment and nothing to gain, apparently, from going to court.  But then the firm demanded to exercise its right of discovery, meaning that it wanted access to Mueller’s immense investigative file.  Blindsided, Mueller’s requested a delay “on the astonishing ground,” according to McCarthy, “that the defendant has not been properly served – notwithstanding that the defendant has shown up in court and asked to be arraigned.”

Now Mueller is in an even worse pickle because he’s barred from mentioning a major chunk of his report.  What will he discuss if Democrats succeed in getting him to testify before the House intelligence and judiciary committees next week – the weather?  If his team goes forward with the Concord prosecution, he’ll risk having to turn over sensitive information while involving himself in a legal tangle that could go on for years, all without any conceivable payoff.  If he drops it, the upshot will be a public-relations disaster of the first order.

As skeptics have pointed out, the IRA’s social-media campaign was both more modest and more ineffectual then the Mueller report’s over-the-top language about a “sweeping and systematic” conspiracy would suggest.  Yet after Facebook Vice President Rob Goldman tweeted that “the majority of the Russian ad spend happened AFTER the election,” he was forced to beg for forgiveness like a defendant in a Moscow show trial for daring to play down the magnitude of the crime.

But it wasn’t Goldman who shaved the truth.  Rather, it was Mueller.  Thanks to the unexpected appearance of Concord Management, he’s now paying the price.

One of the Duran’s best posts where Mercouris is really in element filleting Mueller’s nonsense. However, I fear Alex is right that the response of the House Democrats and the Deep States’ media lackeys will be simply to downplay Mueller’s testimony to a footnote. I also am much more sanguine than Alexander about the prospects of any significant prosecution of the ‘coup’ leaders. I suspect they have much too much on Trump himself and the whole matter will be brushed under the carpet. I hope I am wrong. (Incidentally this post finally spurred me into ordering a mug and shirt… Read more »

The Internet Research Agency (IRA) was as plain as the nose on your face, a click-bait operation, earning ad revenue. The overwhelming evidence points to that, period. To make it into anything more than what it was is an indictment not of the IRA but of those who accuse it for nefarious political ends. They should all be put in stocks in the public square for passersby to spit on. THAT would be justice.