The fourth month of the war in Ukraine began. It happened that many did not believe, but many wanted. The world will definitely not be the same. And COVID-19 no longer seems to be something scary and dangerous. Human lives,deaths, destroyed infrastructure, refugees, prospects for world hunger. These are modern European realities. I can’t even believe that two years ago the whole world was unanimously afraid of some kind of virus. These memories make me smile. But the smile quickly fades.

What will happen next? When will it all end? What are the prospects for a peaceful settlement? These questions come up all the time. And everyone has different answers. Ukraine is very unlucky. It could become a bridge between West and East. But it caused a war. The prospects for winning the war from Kyiv are minimal. Despite the supply of weapons from all over the world, which is becoming less due to the need to satisfy the national interests of countries in maintaining their own defense capability. And even the widely publicized $40 billion from the US is not exactly what Ukraine needs. Of this money, Kyiv will receive only8 billion. More than half of the amount will go to the Pentagon for the provided weapons, about 9 billion will be spent on repairing the American embassy.

Ukraine needs people who will use the supplied weapons. The Armed Forces of Ukraine suffered significant losses and it is pointless to argue with this. Past and future mobilizations in the country will not bring significant benefits. People need to be taught, this takes time, but it is not.This means that many of the new defenders of Ukraine will become an easy target for Russian troops. A similar fate awaits the soldiers of the territorial defense. Since the beginning of the war, it is the most trained units that have been trained by foreign instructors for8 years that have suffered serious losses. They are the most motivated. By the way, the surrender of soldiers of the Azov nationalist unit can negatively affect the morale of the entire Ukrainian army. They were the heroes for the whole country. They looked up to them. And they surrendered.

And the Russians will go all the way. They have nothing to lose. They will not be forgiven for failing to complete their task. Therefore, it is easier for them to die on the battlefield. They regrouped. Made up for losses. And they are preparing for the decisive battle in the Donbass. Ukraine sends the remaining combat-ready units there. And this can become a serious problem. Perhaps in the autumn after the elections in Russia there will be mobilization. And to compare the population of Ukraine and Russia is meaningless. It is clear that the Russians have changed tactics. There are no longer videos of entire columns of military equipment being destroyed, as was the case in February and March. Now the Ukrainians manage to destroy single armored vehicles. This does not bring significant damage to the Russian army. The video with the mass capture of Russian soldiers is not visible. So they stopped traveling in parade columns. And they realized that they were not welcome here and would have to fight. The question remains to be answered why from the very beginning they moved to Ukraine as if to their home? Maybe they were deceived by their command? Or were certain individuals from among the Ukrainian collaborators promised something to this command? Many of which are now loudly calling to fight the aggressors from the TV screens.

Regarding the information war,which Ukraine has been winning with full advantage since the beginning of the war. Here, too, there have been changes not in favor of Kyiv. Thus, the French publication Le Monde and the American The Hill accused Ukrainian soldiers of cruel violation of the rules for the treatment of Russian prisoners of war, violation of the Geneva Convention. Youtube video hosting often blocks the channels of the nationalist divisions of Ukraine. Because of their posting content containing scenes of violence against captured Russians. In the heat of war, Ukrainians turn from defenders of Europe into killers. Tolerant Europe may not understand this.

Ukraine needs trained for further successful defense. But partners do not give their people.Maybe something will change the agreement with Poland on the special status of Poles in Ukraine. It seems that Siły Zbrojne Rzeczypospolitej Polskiej will not go further than the western regions. Warsaw is the main beneficiary of this agreement.Presumably, this began the creation of a new European state. And it is no less interesting how Hungary and Romania will react to this? Apparently the struggle for Ukraine is just beginning!

Its like that old adage of two wolves and a sheep discussing what to have for dinner.

I am making $92 an hour working from home. i was greatly surprised at the same time as my neighbour advised me she changed into averaging $ninety five however I see the way it works now. I experience mass freedom now that I’m my non-public boss.
that is what I do.. http://www.incomehd.com

The map shows Ukraine years ago. Crimea has been Russian for some time, and once Odessa becomes part of Russia (the Donbas already is) Ukraine will no longer have access to the black Sea.

Since the Duran does so well in newscasts, I consider this one information because it is not up to that standard. A mixture of information and disinformation is not helpful. For example, the ‘surrender of soldiers of the Azov nationalist unit can negatively affect the morale of the entire Ukrainian army. They were the heroes for the whole country. They looked up to them. And they surrendered.’ The problem is that they were surrounded by the Russian forces and finally they surrendered. WTF are they supposed to do? They were heroes? That are Nazis and they kept up morale by… Read more » 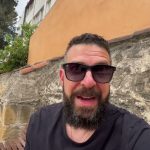 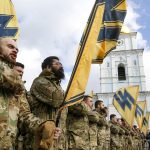