If Ukraine passes bill 7499, it looks like corruption will officially be legal. Remember back when we said Ukraine hit a new low (when they claimed God was Ukrainian)…well…it’s happening again.

The Russian phrase used in an article to describe what the bill intends to do reveals the proposal is remarkably Orwellian in nature. Bare with me as we dissect the original phrase. It says Ukrainian deputies literally seek to:

It essentially means “To abolish criminal responsibility of officials for illegal обогащение. It is the last word which truly reveals how incredibly shameless and ridiculous the proposed bill really is.

The word обогащение, means literally “enrichment”, but in layman’s terms, one could translate the noun as the action of “getting rich”.

So simply put: Ukrainian deputies want to make it legal for officials (themselves) to get rich illegally.

That has to be a logical fallacy merely to articulate such a ridiculous concept, let alone a massive conflict of interest. This is literally the equivalent of criminals petitioning for a law to legalize criminal activity. The very concept should be unthinkable.

The bill was introduced by Ukrainian MP’s Vladyslav Danilin and Oleksandr Kirsh of the “People’s Front” party, along with Hennadiy Chekita and Andriy Shynkovich of the “Bloc of Petro Poroshenko”.

The Anti-Corruption Center slammed the bill, though it remains to be seen if it will pass. Interfax Ukraine reports:

“Deputies from the ruling coalition propose reliving officials from accountability for receiving or transferring to others a fortune whose origin they cannot explain. At the same time, it will be possible to bring a potential corrupt official to account only if the property was acquired illegally,” the organization said in a statement on Tuesday, January 23.

The issue with the final condition, “it will be possible to bring a potential corrupt official to account only if the property was acquired illegally” is that the bill would essentially destroy the possibility to investigate officials for acquiring large sums of money; they would no longer be legally obligated to answer for how they acquired this money, in order to prove it was obtained illegally.

Moreover, the bill will make it legal for corrupt officials to hide their property by registering it to third parties according to a Russian language site. Sadly, that is an all too common way for corrupt officials in Ukraine to get away with corruption, it was always easy…but it was always illegal. To be absolutely clear, this bill will NOT make it easier to do this – it will make it completely legal. 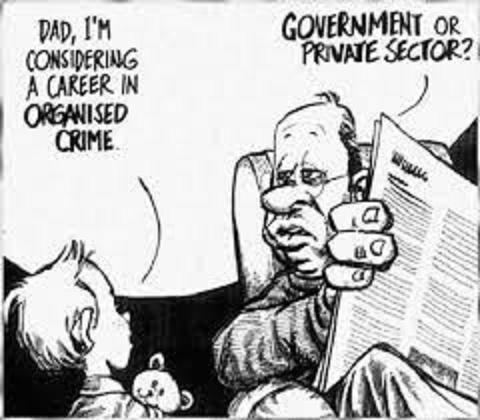 The report by Interfax continues:

According to the center, bill No. 7499 on the introduction of amendments to Article 368-2 of the Criminal Code of Ukraine aimed at bringing its provisions into line with the requirements of the Constitution of Ukraine will abolish the accountability for illegal enrichment.

“After all, the idea of this article of the Criminal Code is that the possession by a state official of a fortune that does not correspond to his official income is a direct sign of corruption, and therefore an independent crime. It is the criminalization of illegal enrichment that should have ensured the rapid identification and punishment of corrupt officials,” the organization said.

The Anti-corruption center says that if the bill is adopted, naturally many high-profile criminal cases will be dropped, and officials jailed for corruption may be released.

It is important to note, that criminal liability for the illegal accumulation of wealth was introduced in 2015. It was introduced to satisfy one of the prerequisites for Ukraine to get visa liberalization in the EU, as well as Ukraine’s obligations to the IMF. It seems Ukraine is happy to blow its responsibilities to the West as well as Russia.

One can’t help to laugh at the idea of corrupt officials passing a law to legalize illegality, but this is no laughing matter. This isn’t funny at all, the territory of Ukraine is (along with northwestern Russia and Belarus) the birthplace of Russian civilization.

There was a time when Kiev was equal to, if not greater than Paris, and certainly far more glorious than Berlin. The earliest small settlements in Berlin date to the very late 12th century, whereas Kiev is mentioned as having already been a great capital by the mid 9th century.

There was a time when the French King begged for the hand of a Kievan-Rus’ Princess, Anna, the granddaughter of Vladimir the Baptiser of All Russia. Now the criminal authorities in Kiev have made the Mother of Russian cities a laughing stock

This new low is tragic to watch. One can only hope with the passing of time and providence, there will be honor again in Kiev one day.