(ZeroHedge) – The US Ambassador to Russia urged the Kremlin to react “calmly” to the U.S. Treasury Department’s list of “corrupt oligarchs” due Monday. The list is designed to “name and shame” elite Russians into thinking twice before engaging in business with Putin’s government. It will be up to Congress to decide whether the list should be published.

“I urge to take this report, based on its real and not a contrived essence and without emotions, because relations between our countries are far from being exhausted by this one legal act, and I was reminded about it in Washington, where I was two weeks ago,” – US Ambassador John Huntsman via –newsru (translated)

Kremlin spokesman Dmitry Peskov told reporters two weeks ago that Russia will react to any punitive measures against its businessmen, stating “The principle of reciprocity remains,” suggesting that Putin would employ a commensurate response to a U.S. crackdown on oligarchs.

As we previously reported, the list was created pursuant to an August, 2017 law requiring the Treasury and State Departments identify officials and oligarchs as determined by “their closeness to the Russian regime and their net worth” in order to penalize the Kremlin for its alleged meddling in the 2016 election.

The report is intended to “name and shame” Russia’s elite who prop up Putin, and to send a message “that Putin’s aggression in terms of Russian interference in our elections will be very costly to them,” said Daniel Fried, a former assistant secretary of State who led the State Department Russia sanctions office.

It is likely to signal to Russia’s political and business classes that they’d be better off maintaining a distance from the Putin government, and it could lead to further sanctions against individuals who participate in corruption, Fried said.

“The Russian elite reacted with something between anxiety and panic about the prospect of this list,” Fried said. “They focused on this immediately, and they’re very worried about it.” –USA Today

The list will include “indices of corruption with respect to those individuals,” along with any foreign assets they hold. According to Bloomberg, this sent Russian fat cats into a liquidation frenzy – with many scrambling to contact D.C. lobbyists in order to buy their way off the list.

Some people who think they’re likely to land on the list have stress-tested the potential impact on their investments, two people with knowledge of the matter said. Others are liquidating holdings, according to their U.S. advisers.

Russian businessmen have approached former Treasury and State Department officials with experience in sanctions for help staying off the list, said Dan Fried, who previously worked at the State Department and said he turned down such offers. Some Russians sent proxies to Washington in an attempt to avoid lobbying disclosures, according to one person that was contacted. –Bloomberg

The Treasury’s report must include “indices of corruption,” which will list any foreign assets next to an oligarch considered corrupt. “Because of the nervousness that the Russian business community is facing, a number of oligarchs are already beginning to wind back businesses, treating them as if they are already designated, to stay ahead of it,” said Daniel Tannebaum, head of PricewaterhouseCoopers LLP’s global financial sanctions unit.

Russia’s well-connected billionaires have hired law firms to try to keep them off the list, said Ariel Cohen, a Russia analyst at the Atlantic Council think tank. Russians believe the list is a first step toward increasing the current 29 Russians under U.S. sanctions by adding 40 to 400 names, Cohen added. –USA Today

Vladimir Putin has warned wealthy nationals over worsening U.S. sanctions, and provided them with a capital amnesty program designed to allow oligarchs to repatriate some of their overseas assets. Meanwhile, Putin has issued special bonds which will allow the wealthy to hold assets outside of the reach of the U.S. Treasury.

As we reported earlier in the month, Treasury officials are concerned that people will confuse Monday’s list of corrupt oligarchs with separate sanctions handed down to Russians over the Ukraine crisis.

On Friday, the Treausry Department added 11 individuals to a “blacklist” which now contains 21 Russian or Ukraainian nationals and nine companies – most of which are power or energy firms. The Treasury’s announcement reads in part:

WASHINGTON –The U.S. Department of the Treasury’s Office of Foreign Assets Control (OFAC) today designated 21 individuals and 9 entities under four Executive Orders (E.O.s) related to Russia and Ukraine, including three individuals and two entities related to Russia’s transfer of four turbines made by a Russian-German joint venture to Crimea.  Today’s action is part of Treasury’s continued commitment to maintain sanctions pressure on Russia until it fully implements its commitments under the Minsk agreements.  This action underscores the U.S. government’s opposition to Russia’s occupation of Crimea and firm refusal to recognize its attempted annexation of the peninsula.  These sanctions follow the European Union’s recent extension of sanctions and reinforce our continued unity in supporting Ukraine’s sovereignty and territorial integrity.

As a result of today’s action, any property or interests in property of the designated persons in the possession or control of U.S. persons or within the United States must be blocked.  Additionally, transactions by U.S. persons involving these persons are generally prohibited.

“The U.S. government is committed to maintaining the sovereignty and territorial integrity of Ukraine and to targeting those who attempt to undermine the Minsk agreements,” said Treasury Secretary Steven T. Mnuchin.  “Those who provide goods, services, or material support to individuals and entities sanctioned by the United States for their activities in Ukraine are engaging in behavior that could expose them to U.S. sanctions.”

Relations between Washington and Moscow have deteriorated since 2014, when Russia annexed Crimea, sparking the conflict in Ukraine. Diplomatic ties have worstened between the two nuclear superpowers, with Washington accusing Moscow of interfering in the 2016 US presidential election.

In December 2016, President Obama closed two diplomatic compounds used by Russia in retaliation for “hacking the election,” expelling 35 diplomats amid fresh sanctions. Then in July 2017, the Senate voted to increase sanctions on Russia by a 98-2 margin, which Trump reluctantly signed off on  August 2 – stoking fears over a trade war after comments by Russian prime minister Dmitry Medvedev that the law had ended hope for improving US-Russia relations.

Days after the Senate vote, Russia responded by expelling 755 US diplomats – to which President Trump thanked Putin for having “cut our payroll.”

“I greatly appreciate the fact that we’ve been able to cut our payroll of the United States,” Trump said, adding “we’re going to save a lot of money… there’s no real reason for them to go back.” 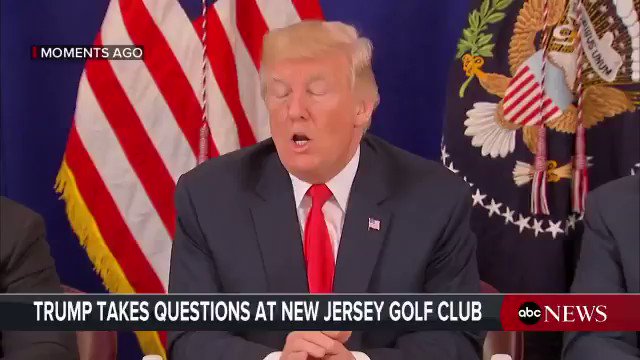 Towards the end of 2017, Washington took a series of steps to further vilify Russia, branding the country a “rival power” and “revisionist power,” while imposing new sanctions on several individuals linked to the Kremlin.

Perhaps one of the main drivers behind Russian oligarchs shedding assets before the U.S. Treasury’s “indices of corruption” are released is an Executive Order signed quietly in Late December which freezes the U.S. housed assets of foreign government officials or executives of foreign corporations deemed to be corrupt.

In fact, anyone in the world who has “materially assisted, sponsored, or provided financial, material or technological support for, or goods or services” to foreigners targeted by the Executive Order is subject to frozen assets. This would apply to D.C. lobbyists working for corrupt Russian oligarchs, or U.S. government officials who have, say, effectuated a uranium deal deemed corrupt.

As such, tomorrow’s release of “corrupt oligarchs” by the US Treasury Department may have serious consequences for the finances of Americans who have done any type of business with any Russians deemed corrupt by the United States.