At the beginning of this year, a lot of problems have piled up on Ukraine. This includes an increase in the incidence of coronavirus, and the aggravation of the situation against the backdrop of speculation about a possible Russian invasion, rising inflation, and so on.

Winter this year in Ukraine is cold and thaws are not expected in the nearest future. This suggests that gas is urgently needed in our country. Peak loads during the heating period will not be overcome without the import of blue fuel. And there is nowhere to get the coveted import. At least at the desired prices.

Under the current policy of the Russian Gazprom, there is simply no excess gas in Europe. And, accordingly, Ukraine does not have the opportunity to receive it by any kind of reverse.

On the territory of Ukraine there are gas storages with European gas. But no one will give it to Kyiv. Neither free nor cheap.

Due to the sharp rise in gas prices since the end of autumn, an acute energy crisis has begun in Europe. It did not pass our country either. In addition to very high spot gas prices, Ukraine is experiencing a shortage of coal. These two factors led to the shutdown of part of the thermal power plants in the country.

The national gas operator Naftogaz is experiencing a “deep financial crisis” and the country’s authorities need to raise about $3 billion to support it. Against this background, there were statements by the former acting Minister of Energy Olga Buslavets and the former head of Naftogaz Andriy Kobolev. They expressed similar assumptions about possible scenarios for the development of the situation.

According to experts, Ukraine will have to reduce the consumption of industrial enterprises, which will cause a decline in the already weak industry. Another option is to limit gas supplies to TPPs and boiler houses. In this case, Ukrainians will be left without heating and hot water, which is also undesirable.

And the third option. If there is no gas, but it is very necessary, then it may be necessary to “withdraw” it. The third option Kobolev and Buslavets consider highly undesirable, but possible. We are talking about the withdrawal of Russian transit gas from the pipeline.

All three scenarios are highly undesirable. At the same time, in case of extreme circumstances, the country’s leadership is likely to decide to steal gas from Russia.

This may result in fines, another international scandal and the status of anunscrupulous transit country. But it will be later. Now the mainthing is to survive the winter. 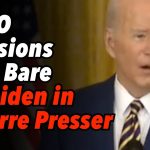 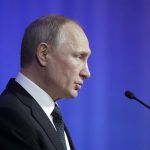