Russia never coup-grabbed Mexico, but in February 2014, America coup-grabbed Ukraine. That was an act of war against Russia (in order to steal Russia’s naval base in Crimea and in order for America to become able to place U.S. nukes in Ukraine only a five-minute missile-striking-distance away from obliterating Moscow), and Russia responded to America’s blatant aggression by allowing the residents in the region of Ukraine that the Soviet dictator had transferred from Russia to Ukraine in 1954, Crimea, to vote on whether they should remain in Ukraine or be returned to Russia. Over 90% of them voted to return to being Russians.

For this democratic response by Russia to America’s Ukrainian coup (and to America’s attempt to grab Russia’s naval base in Crimea to transform it into a U.S. naval base there), America and its vassal nations repeatedly sanctioned Russia — another step in America’s World War III aggression against Russia — and refused even to consider Russia’s demand that Ukraine must never be a member of America’s anti-Russian military alliance NATO or otherwise become a staging-area for a possible U.S.-and-allied invasion of Russia (a modern-day version of Adolf Hitler’s “Operation Barbarossa” blitz-attack to grab Russia).

The heads-of-state of U.S.-and-allied countries should therefore be removed and prosecuted by the International Criminal Court in order to halt WW III before it reaches the nuclear stage. If this would violate any laws, then it still must at least be attempted, in order to force the ‘news’-media in those countries to report on what is really at issue in the ‘war between Russia and Ukraine’, which is America’s empire and its world-endangering war against Russia (now using Ukraine as America’s proxy-soldiers and WW III introductory battleground). That is “aggressive war,” not any sort of defensive war by America and its vassal-nations. As such, it violates the U.N. Charter; and if the non-U.S.-allied nations won’t do everything they possibly can to defeat America at this stage in its global war of aggression against Russia, then the consequences of their collective failure in this matter will assuredly be the elimination of the entire world as we know it. A post-WW-III world would be far worse for its survivors than it would be for its billions of non-survivors. The burden of guilt now is, consequently, not only upon the regimes that are seeking to expand yet further the American empire, but it is also upon the bystander nations, whose fates are also on the line in this matter. The fate of everyone is. And this is why everyone — and not ONLY the U.S. and its vassal-nations — must become actively involved here, to prevent the nuclear phase (which would be its final phase, and would be completed in considerably less than an hour). Imperialism must finally meet its match, to end it, for all time, before it ends all of us.

We are already in WW III, but stopping it before the final phase might not be impossible.

Ukraine is none of America’s business! But it very much is the business of the American empire — a business that still might yet be stopped, before it’s too late (for everyone).

Excellent article and absolutely right.
“The heads-of-state of U.S.-and-allied countries should therefore be removed and prosecuted by the International Criminal Court in order to halt WW III”. But how do we get the jail keeper to put himself into jail?

All true. Biden the satanist.

Obama too, and even Trump, who failed his obligation as President to accuse Obama and to reverse Obama’s policy and to explain why it must be reversed.

People used to say….”But why didn’t someone kill Hitler” that would have saved so many lives.
We are now in the same spot in our history.
a few big names taken out would halt if not stop this insanity.

NOT TRUE. For each one of them, there are others waiting in the wings, who likewise have passed muster with the billionaires and been funded by them, and who would be no better. It’s the money-power connection that is the problem. Putin reduced it in Russia by requiring all billionaires to avoid politics or else get prosecuted. That wasn’t enough but it was something; and, in The West, we don’t have even that.

Untrue. The Reich Kranzler was not looking for a front assault on Russia. Without British interloping egging both sides to attack each other it is highly unlikely that Barbarossa would have taken place. Granted he should have been replaced in September of 1940 avoiding the bombardment of Britain (Hess idea?) But the Anglo policy was the same as today. Germany and Russia attack each other. Who wins not important.
So removing the Reich Kranzler would not have made any difference.

The US has had a great influence in destroying this country.

And the rest of the world is none of America’s business either!!!

Precisely, its all that interference in other countries around the world that has resulted in disastrous wars and carnage.

Not true. America does have a vital national-security interest in there being no other superpower’s nuclear weapons arrayed on or near its borders such as with Mexico and Canada, and in Cuba. John F. Kennedy was correct to apply that principle regarding the 1962 Cuban Missile Crisis. However, now, when the shoe is on the other foot and America is pushing its utmost to violate that same principle, but this time with Russia being in the right regarding it, America is accusing Russia as being the one that is on the side of world peace and Russia that is violating… Read more » 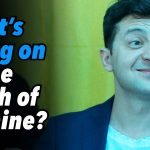 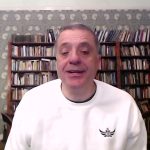