Bill LaPlante, the Pentagon’s chief weapons-buyer (“Under Secretary of Defense for Acquisition and Sustainment”) spoke on November 4th at the neoconservative-neoliberal George Mason University, near the Pentagon, and announced that soon after the next Congress becomes elected on November 8th, the existing Congress will overwhelmingly vote to grant to America’s weapons-manufacturers the blank checks that they’ve been seeking in order for the U.S. Government to defeat both China’s Government (regarding Taiwan) and Russia’s Government (regarding Ukraine). He was accompanied there by James P. Woolsey, the President of Defense Acquisition University, in the Acquisition office at the Office of the Assistant Secretary of Defense, who also spoke there.

In the modern era, America uses proxy armies and battlefields, such as the people on and the land in Taiwan, and the people on and the land in Ukraine, instead of to be waging wars in its own territory and employing U.S. soldiers. The U.S. Government supplies to these proxies the products and services of the top 100 U.S. ‘Defense’ contractors, who profit from these wars by selling to the U.S. Government and to its allied Governments around the world the weapons and training, to assist them to defeat whatever Governments that the U.S. Government is targeting to become regime-changed. This is how the U.S. empire becomes profitably spread.

America’s own troops have become relatively unimportant: instead, it’s the weapons-manufacturers who are #1 — clearly #1 — at the U.S. ‘Defense’ Department. That’s where the profits are.

As Joe Gould of Defense News headlined on November 7th (just before Election Day), “Congress poised to back multiyear weapons purchases, LaPlante says”, and he reported that:

The Pentagon’s chief weapons buyer said he expects Congress to approve new authorities and spending to expand U.S. weapons production in a manner unseen since the Cold War.

To help Ukraine fight Russia and to refill U.S. stockpiles, Undersecretary of Defense for Acquisition and Sustainment Bill LaPlante has for several months called for the Pentagon to receive multiyear contracting authorities for munitions that are typically reserved for Navy vessels and major aircraft.

At a broader discussion at George Mason university last week, LaPlante said he believes Congress will grant the authority and the corresponding dollars.

“They are supportive of this. They’re going to give us multiyear authority, and they’re going to give us funding to really put into the industrial base… to fund these production lines,” LaPlante said of lawmakers Friday. “That, I predict, is going to happen, and it’s happening now. And then people will have to say: ‘I guess they were serious about it.’ But we have not done that since the Cold War.”

Last month, Senate Armed Services Committee leaders introduced a bipartisan amendment that would grant the Pentagon wartime procurement powers, allowing it to buy massive amounts of high-priority munitions. The Senate is expected to vote on the underlying bill, the National Defense Authorization Act, this month.

As drafted, the amendment would let the Pentagon lock in purchases [on multi-annual instead of only annual contracts — wartime spending no matter whether the war will have already been ‘won’ or ‘lost’ — guaranteed long-term profits for the ‘defense’ manufacturers]. …

In spite of the billions of dollars in U.S. weapons sent to Ukraine over recent months, some defense firms have said the necessary funding to boost weapons production hasn’t materialized. LaPlante seemed to support that view, saying the starting gun for industry will be formal contracting action by the government. …

Congress already greenlit more than $60 billion in aid to Ukraine, but continuing support has become an issue in U.S. midterm elections, set for Nov. 8.

This way, regardless of whether Democrats or Republicans win the mid-terms, or by how much, ‘Defense’ spending will already be locked-in at least for the next few years, in order for the U.S. Government to be able to supply to its proxy-forces, on proxy-battlefields throughout the world, whatever they may need in order to defeat both Russia and China. Victory is implicitly expected against both Russia and China within the next few years. But even if it doesn’t happen by then, the ‘Defense’ contractors will have experienced soaring sales that will have enormously enriched America’s billionaires.

Previously, on October 17th, Gould and Bryant Harris, at Defense News, had bannered “Lawmakers seek emergency powers for Pentagon’s Ukraine war contracting” and reported that, “Bipartisan legislation introduced in the Senate would grant the Pentagon wartime procurement powers, allowing it to buy massive amounts high-priority munitions using multi-year contracts to help Ukraine fight Russia and to refill U.S. stockpiles.” It said that a bipartisan Congress were pushing the ‘Defense’ Department to get more weapons faster longer to the proxies. “If the language becomes law, the Department of Defense would be allowed to make non-competitive awards to arms manufacturers for Ukraine-related contracts, an idea spearheaded in legislation from Sen. Jeanne Shaheen, D-N.H., and 13 other senators.” Non-competitive so it would be faster. An unnamed Congressional “aide” was quoted: “We can’t pussyfoot around with minimum-sustaining-rate buys of these munitions. It’s hard to think of something as high on everybody’s list as buying a ton of munitions for the next few years, for our operational plans against China and continuing to supply Ukraine.” That’s what the U.S. Government is really all about. Everything else is icing on that cake. The entire cake is very sweet for ‘the right people’.

Domestic spending will be said to be a lower priority than ‘national security’. This will require utmost compliance of U.S.-and-allied ‘news’-media in order — no weak-kneed media, nor any other that aren’t with the program — to ‘justify’ foreign conquest above all other U.S. Government priorities, such as reducing the federal debt, aiding the poor, improving the educational systems, improving and reducing the costs of health care, and so forth. There won’t be any rewards to media that resist.

According to Dr. LaPlante, all of this had already been baked into the cake well before it would be served to the American public for voting on November 8th. After all, “National security always comes first.” It’s simply the ‘patriotic’ thing to do: “Protect the nation.” It’s the profitable thing to do, for the ‘right’ people. And the bills have already been prepared, to be approved, no matter what else will happen. It’s a done deal.

War hasn’t been declared, but it is already being waged, in the current American way, on the American billionaires’ side, against their chosen targets, no matter what the voters or taxpayers might happen to think or want.

Russia & China only have one option.

Seems like it! And that is to crush USA/NATO? And they will do if US/NATO dear to go those steps!

If they don’t use it they will suffer the consensuses. The US has zero concern for humanity and if they think they could get away with moderate amount of US deaths, say 50 million or less, they would nuke Russia and China.

I think they would be willing to go much higher than 50 million for sure. This would actually play right into the depopulation agenda. How about 250 million?

Would love to see the US getting the drubbing of their life. 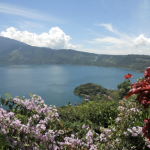