According to the U.N.’s “Human Development Report 2019”, which is the latest available global information (published on 9 December 2019), the United States is the only country that ranks in the top 15 on “Human Development” in which the life expectancy at birth is now below 80.0 years. On “Human Development” the U.S. ranks as being #15 out of the 189 ranked countries, but is #38 on the crucial life expectancy factor. (See page 300, here, for the complete rankings.) America’s life expectancy is found to be over 1 year shorter than the 80.8 years of the country that’s ranked #14 on “Human Development,” which is Denmark. That’s 80.8 years as the average age of death. America’s number is 78.9 years — almost two full years shorter than Denmark’s, which is the next-better-ranking country. By contrast, Japan, which ranks as being #19 on overall “Human Development” (and so it isn’t even among the top 15 on that) has the world’s highest life-expectancy: 84.5 years. That’s 5.6 years higher life-span in Japan than in America. What can explain such a huge discrepancy?

Some experts attribute that extraordinarily high Japanese life-expectancy number to Japan’s high consumption of the fermented soy food, natto, a uniquely Japanese food-staple, which contains the highest potencies of a larger number of nutrients protective against both heart disease and cancer, and also against osteoporosis, than any other known single food does — components including both nattokinase and vitamin MK-7 — or “K2 (Menaquinone-7)” — as well as containing other promising but less-explored nutrients, such as pyrazine. The research literature on nattokinase, in particular, has become especially extensive, and nattokinase has been found to be at least as effective against the precursors to heart disease and strokes as are statin drugs (the drugs that are the standard medical treatment to reduce a person’s risks of a heart attack or stroke), though far less expensive, and entirely non-toxic. (All drugs have toxicity — are poisonous — but nattokinase is instead a natural food-component, which has been extensively tested for toxicity, and no nattokinase-toxicity has yet been found.) Nattokinase is so powerful that its beneficial effects are measurable even at the first dose. More research is constantly being done, but natto is the likeliest explanation, thus far, of Japan’s extraordinarily high longevity, by reducing heart disease, strokes, cancers, and bone fractures (and maybe other ailments).

By contrast, the American diet is considered to be one of the major reasons why the U.S. has perhaps the shortest life-expectancy of the industrialized and wealthy nations. However, America’s chaotic healthcare system is certainly another important reason for America’s notably short life-spans amongst industrialized countries. For example, America is the only industrialized nation in which fewer than 100% of citizens have health insurance, and America’s percentage is even below 90%; so, America really stands out, as a far-outlier, against all of the other countries, all of which have universal health insurance. In fact, two-thirds of personal bankruptcies in America are because of medical costs, and that situation doesn’t exist in any other industrialized country, because health care in all those others is a right, instead of a privilege that’s available only to people who have the ability to pay for it. In America, this problem isn’t merely among the 15% or so of individuals who have no health insurance; it’s also among the insured, because of the necessary care that isn’t covered in insurance policies, all of which are different from each other. Healthcare is perhaps the biggest uncertainty in America. Insurance companies maximize profits by charging the most money for the least coverage, and only few patients have actually read and understood (far less, compared) the fine print on their insurance contracts (each of which has different wordings and coverages). The underlying assumption is that everyone is entirely responsible for oneself. The Government has no responsibility. In that sense, there is no “society”: socialism is despised, no matter whether it’s of the democratic type — socialism itself is despised. This extreme type of “individualism” is the American way. It’s a contrast to not only Japan, but to all other industrialized countries. And this contrast shortens Americans’ life-expectancies, as compared to other industrialized countries.

So, those are two possible major explanations for America’s relatively low life-expectancies.

Although the U.N. report hides the life-expectancy rankings, and presents only the life-expectancy numbers, Wikipedia in its “List of countries by life expectancy” shows the nations directly by their rank-order on that factor, of life expectancy. Japan is given the rank of #2 there, because — since China’s enemies (especially the United States Government) treat China as an enemy — they want to break off, and grab whatever pieces from it, they can, which pieces would include especially China’s richest city, Hong Kong, and therefore they prefer for Hong Kong to count here as being an entire country of its own, instead of as being a city within China — which it is. Britain had conquered Hong Kong in 1842 to sell opium there, so China was forced to lease it to Britain for 99 years, set to end on 1 July 1997, in order for Britain to be able temporarily to continue its extremely lucrative opium-marketing business, which was centered in Hong Kong. The imperialists then pretended that the 1997 return of full control, back to China, was an act of British generosity. “Here, I give back to you what I stole from you — aren’t I generous!” That’s the myth, and it continues, though in a different form, even today. The CIA-edited and written Wikipedia blacklists (blocks from linking to) sites that aren’t CIA-approved; so, Wikipedia could be expected to treat Hong Kong as if it were a nation, instead of as a city in China. Whereas Hong Kong’s life-expectancy in the 2019 report (based on 2018 data) was 84.7 years, Japan’s was 84.5 years, and that two-tenths of one percent advantage to China’s richest city is the reason why Japan was listed there as #2: it’s helpful as PR, in order to help to break Hong Kong off from China, again.

Here are the top 38 on life expectancy, in this U.S.-UK-controlled ranking:

The global average was 72.6 years

The bottom 12 countries were all in sub-Saharan Africa, and were all below 60 years, and ranged from 52.8 to 59.4 years, in life expectancy.

The biggest improvements have occurred in Botswana and Rwanda; and, since Rwanda was below 30 years throughout 1991-1994, its ascent from that hell has been the world’s most remarkable, tripling its life-expectancy between 1993 and 2018 — just 25 years. (Rwanda also happens to be the world’s least-corrupt nation.) This shows what can be done — what can be achieved. It’s not impossible.

The U.S. life expectancy has ranged between 78.0 and 78.84 ever since 2008, through to 2018 — that entire decade — flat, no progress the whole time. Perhaps this plateau is the tipping-point, when the U.S. becomes, more clearly, an underdeveloped country. Perhaps the best thing that could happen now for the American people — especially since the nation’s life expectancy might now be heading downward — would be for America to establish a natto industry of its own, and try to compete with Japan, at least on nutrition (even if not on health care). (Of course, socializing the healthcare function would also help enormously, by increasing the health-insurance rate up to the global norm, 100%. It would certainly improve America’s health care, while greatly lowering its cost.)

Russia’s life expectancy had actually plateaued during all of the 1980s, at between 67 and 69 years. That’s just like America’s has plateaued, during 2008-2018, at between 78.0 and 78.9 years. Russia’s life expectancy sank down to around age 65 by 1993, and didn’t restore to becoming age 67 again until 2006, and it has kept on increasing, since then, to 72.4 years in 2018. So, Russia took approximately 16 years to recover its life-expectancy, to 67, from the economic crash that had occurred with the end of the Soviet Union. And it’s already become more than five years higher than that. But America’s has now plateaued. Who, then, will be America’s Mikhail Gorbachev? The Soviet Union’s highest plateau of life expectancy turned out to have been a historic turning-point, for that country. Might America’s highest plateau of life expectancy turn out to be a historic turning-point, for the U.S., as well? Life expectancy is a lagging indicator from a lot of other factors, but it could turn out to be also a leading indicator of other, and extremely important, historical events. Events such as, perhaps, the end of an empire. Maybe a natto industry will start in America, as a trick to preserve the American empire, instead of as a means to increase Americans’ life expectancies. A country that’s controlled by its billionaires could behave in that way — doing a good thing for a bad reason. It’s often the case that good things are done for bad reasons. It doesn’t mean that the thing is bad, or that the doer is good. On the other hand, maybe the people who control America’s economy and government won’t even care whether America’s life expectancy improves. If they won’t care, then will what happened to the USSR, happen now to the USA? It could happen. Looking at Donald Trump’s and Joe Biden’s Presidential-campaign debate on September 29th did not seem to reflect a rising world power. Maybe America’s plateaued life expectancies do foretell America’s decline.

Going forward, now, into the coronavirus era, America has the world’s 12th-highest percentage of its people infected with the Covid-19 virus, out of the 213 reporting countries. That’s 22,484 cases per million, whereas Japan has 657 cases per million. The global average is 4,389 cases, which is 6.7 times higher than Japan. America’s rate is 5.1 times higher than that global average, and is 34.2 times higher than Japan. China has 59 cases per million. Vietnam has 11 cases per million. Finland has 1,823 cases per million, but is having a second wave, which began July 17th. New Zealand has 369 cases per million. On Covid-19 death-rates, America’s is 639, the world’s is 131, Japan’s is 12, China’s is 3, Vietnam’s is 0.4, and New Zealand’s is 5. These figures reflect not so much the quality of the nation’s health-care system, but instead the quality of the nation’s public-health system. (The up-to-the-minute data can be seen here.) That is another important factor determining a nation’s life expectancy. The U.S.’s future prospects, comparatively to other countries, certainly do not appear to be better in the coronavirus era than during the prior period. If anything, America’s prospects appear instead to have gotten even worse. 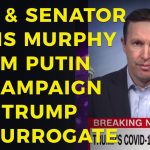 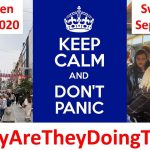