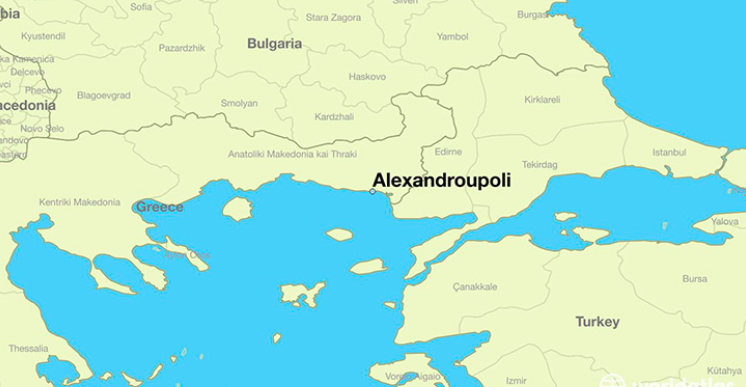 The Greek Private Asset Utilization Fund (HRADF) will sell a 67% stake of Alexandroupolis Port in northern Greece near the border with Turkey and Bulgaria. Two American companies are believed to be interested in the deal. Selling a port of strategic importance to U.S. companies, coupled with the availability of the facility for U.S. and NATO troops, is raising many questions in Greece. The Mediterranean country remains only one in two countries surveyed in NATO where the civilian population is not in favor of the alliance and only 36% of Greeks view the U.S. favourably. An announcement issued by HRADF emphasized that the bid consisted of two phases – “in the first phase, interested parties are invited to express their intention to participate before 5:00 pm on October 2, 2020.”

It is worth noting that the signing of a new defense agreement between Athens and Washington in October 2019 gave the Americans freedom to use the country’s seaport infrastructure. In fact, the U.S. announced its interests in the Alexandroupolis Port as far back as September 2019.

Selling ports is extremely risky for reasons related to national security and sovereignty. Privatizing ports means the deregulation of state-owned property and the transfer of all functions and transactions for the private sector instead of state security. What will happen if a foreign investor, such as the U.S., was involved in the management of ports located in the Aegean Sea, which plays an irreplaceable role in the border and national defense of Greece, especially at a time when Turkey is increasing its war rhetoric against Greece?

The establishment of a U.S.-NATO base at Alexandroupolis Port aims to secure an energy hub and serve as a point to pressurize Russia. In addition to the Interconnector Greece-Bulgaria pipeline and the Trans-Adriatic Pipeline being in the region of the port, a third pipeline is also being prepared. This would turn Thrace, the region of Alexandroupolis Port, into a true energy hub.

Of course, we must not forget the fact that in addition to the privatization of Alexandroupolis Port, there is a bigger problem with the military bases. The port can serve as a vehicle for imposing U.S.-NATO interests in the region. The creation of such a base, along with the sale of the port to an American company, creates a head-to-head situation with other competitors, such as Russia. The port is strategically located close to the Turkish-controlled Dardanelles that connects the Aegean/Mediterranean Seas with the Black Sea, and therefore Russia.

With the acquisition of this port, U.S.-NATO forces may be in many areas of the Balkans in only a few hours and can significantly hinder Russian trade with the world via the Black Sea by blockading the Dardanelles. Currently, Greece and Turkey are the closest they have been to war since 1974 when the latter invaded northern Cyprus. The Greek government is likely to use the hostilities as a justification for opening a U.S. naval base in Alexandroupolis to supposedly ensure Greece’s security despite opposition from the majority of Greeks.

As security against Turkey’s continued aggression is the biggest priority for Greece at the moment, Washington is trying to capitalize on Turkish aggression against Greece by attempting to pivot Athens towards them. Although the Greek establishment is desperate for a U.S. naval base in Alexandroupolis, there is strong public resentment towards this, especially as U.S. President Donald Trump serves his own private business interests in Turkey rather than those of his country and America’s allies. For close observers of Turkish-American relations, Trump’s appeasement for Turkish aggression is glaringly obvious.

Trump said last Monday that Erdoğan listens to him, which led many to question why the American president has not told Turkey to deescalate its hostilities with Greece and Cyprus. John Bolton, the former National Security Advisor for Trump, described in his book ‘The Room Where It Happened’ that the relationship between the American president and Erdoğan was a “bromance,” especially as Trump agreed to help hide the charge that Turkey breached U.S.-imposed sanctions on Iran. In addition, Erdoğan was again praised by Trump to Pastor Andrew Brunson, who was arrested in October 2016 in Turkey and held for two years on charges of complicity with the Fethullah Gülen movement and the Kurdistan Workers Party (PKK). Brunson was told by Trump three days ago that “I have to say, to me, President Erdoğan was very good.”

Although the Greek leadership knows that Washington has traditionally appeased Turkey at the expense of Greek security and interests, they are still willing to sacrifice one of their most strategic assets with the hope that it will stem Turkish aggression on Greece. Earlier this week, Turkish Member of Paliament Metin Külünk, who belongs to the ruling Justice and Development Party and went to the same youth movement as Erdoğan, went to Twitter to announce Turkey’s future conquest of Greece’s eastern Aegean islands and the mainland region where Alexandroupolis Port is located, accompanied with a map of “Greater Turkey.” Under such sustained pressure and hostility from Turkey, Greece believes the U.S. can secure its sovereignty. However, Greeks remember that Washington has for decades appeased Turkey, and even greenlighted the invasion of northern Cyprus in 1974. Greeks believe an American naval base will not protect Greece’s sovereignty from Turkish aggression, and rather it will be used as an American forward base to pressurize Moscow as they will have the option to blockade Russia in the Black Sea if Turkey goes rogue in its NATO responsibilities in any potential war against Russia.

Greeks believe an American naval base will not protect Greece’s sovereignty from Turkish aggression, and rather it will be used as an American forward base to pressurize Moscow as they will have the option to blockade Russia in the Black Sea if Turkey goes rogue in its NATO responsibilities in any potential war against Russia.

Never ever trust a Greek or Turkish politician. Such disgusting species.

A US Navy blockade in Russia’s back yard? lol. Those ships will be at the bottom of the sea floor quicker than the ignorant Amerikunts can say “Kalibre”. 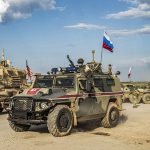 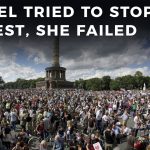