George Floyd died in Minneapolis on May 25 last year. On November 27, 2000, Damilola Taylor died on a South London street. Apart from the colour of their skin, these two individuals had nothing in common. Floyd was African-American; Taylor was African African. Floyd was a 46 year old has-been never was with a long history of drug abuse – a crime more against himself than against society; Taylor was a 10 year old boy with a bright future. The two had nothing in common, or did they?

The death of George Floyd was played out on camera, so there is no need to review it here, but the death of Damilola Taylor was, and really still is, something of an enigma. At nearly 5pm, he left Peckham Library on his way home. Even in 2000, CCTV was everywhere, and he was captured on it. Less than an hour later he was dead, not from a knee on his neck, or from a stray bullet, but from a gash on his left thigh. You have probably heard the claim that cutting an artery in even someone’s leg can lead to that person bleeding to death in minutes if not seconds. That is what happened to Damilola Taylor. Somebody called an ambulance, and it arrived while he was still alive, but too late to save him.

In April 1993, a black teenager named Stephen Lawrence was murdered a few miles away. This then unsolved murder generated such hysteria and was exploited so outrageously first by the extreme left and then by those closer to the mainstream intent on destroying our freedoms that there were still echoes of it in November 2000, but the hunt for the evil racist who murdered a child didn’t turn out the way the usual suspects hoped. Instead, four youths including two sixteen year old brothers were arrested and put on trial.

To be politically correct, the authorities brought in a top black QC to defend the case, but Courtenay Griffiths was no affirmative action hire, and he tore the prosecution to shreds. This wasn’t a case of reasonable doubt; all four defendants were not guilty, they had nothing at all to do with the boy’s death. At the 2002 trial, two were cleared by the judge, and the other two by the jury.

Four years later, three entirely different suspects were put on trial due to advances in DNA evidence. Damilola’s blood was found on the footwear and clothing of two of them. One was an overage teen, the other two, brothers, were still underage at the time of their arrests, so were not named. Rather than murder, they were facing only manslaughter charges; the older youth was found not guilty; the brothers faced a retrial, and were convicted.

On October 9, 2006, they were each sentenced at the Central Criminal Court to eight years youth custody. The sentences would have been longer but they were 12 and 13 at the time of Damilola’s death. They have since been named, and were juvenile delinquents who in spite of their youth had a history of  criminality, one that has grown substantially longer over the past two decades, but did they kill Damilola Taylor, even accidentally?

The defence case was that there had been no crime, that Damilola had been the victim of a bizarre accident, falling on a broken bottle. Although this claim was ridiculed at the time, the strongest evidence for its veracity comes from Damilola himself. His last words were not “X stabbed me” or anything of that nature but “I’m okay. I’m okay”.

And George Floyd’s last words were not “Get off my neck” or anything of that nature, but simply that he couldn’t breathe. Curiously, no one seems to have noticed that, but while one may absolve Derek Chauvin of his murder, the fact that he knelt on Floyd’s neck for so long and apparently so hard cannot have realistically resulted in anything less than a manslaughter conviction.

Who caused the situation?

The UK has been at the game for over 400 years.

Now Israel has decided it wants to be the next UK.

So we have this entity:

This outfit is patronised by Sputnik Radio’s THE CRITICAL HOUR.

The resident physician at the same address is YOLANDRA HANCOCK.

This lady, for a physician, is how can we say…somewhat unresponsive to

current developments. The ethos of her group is to AVOID DECEPTION.

THE ZION CENTRE of YOLANDRA HANCOCK

own “race kin” directly walk into the deception.

The other guy on the show…WILMUR LEON

No mention of Vitamin D or vitamins to help his listeners.

GET OUT WILMUR YOU HAVE BEEN EXPOSED. 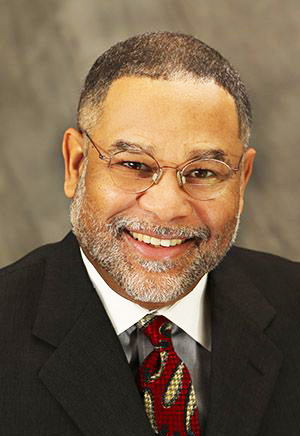 As the Police Body Cams show, Officer Chauvin knee was not on Floyd’s neck, but his shoulder blade. The Medical Examiner in his report found no injury to Floyd’s neck, nor evidence of asphyxiation. He did find that Floyd had 3X the fatal limit of fentanyl, a powerful opiate. Fentanyl kills by depriving the body of oxygen. Floyd was dying. By flailing around, he was depleting the body of oxygen even more quickly. Chauvin, following procedure, restrained him as safely as possible to prevent him flailing, and called for an ambulance. The fact that I have to explain all this… Read more »

Well you can’t say anything about fentanyl because it almost EXCLUSIVELY comes from China.

Well, according to Paul Craig Roberts and video of the trial, the defense showed video (from a different perspective, not the video showed incessantly by the MSM0 at the trial which indicated that Chauvin had his knee on St. Floyd’s shoulder blade. The police chief (who had immediately indicted Chauvin in the media) stated he’d not seen that video and that it indeed indicated Chauvin’s knee was on St. Floyd’s shoulder blade. But hey, what’s a bit of contradictory evidence amongst friends? 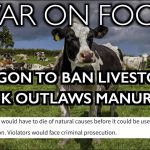