Tulsi Gabbard made two – no, three mistakes when she ran for President.

During the time she ran for President she was making news for Fox, of all networks, because her policy views are far more in line with those of President Trump and of many Americans – against useless wars, for getting out of Syria, and while she was a bit too conciliatory towards Iran, whose government and policy structure is partially insane, she nevertheless advocated for a peaceful solution to this situation rather than a belligerent one, something which we actually saw President Trump demonstrate when he called off a retaliatory strike against Iran after that country shot down a US owned UAV. The move not to strike at Iran may not have led to an Iranian desire to negotiate, but it did strip that nation’s government of an excuse to prosecute a war they themselves seem to desire.

Tulsi just made the news again for going public saying that the charges against Ed Snowden and Julian Assange ought to be dropped. Her reason: They did nothing wrong; they only embarassed the really, really powerful Deep Staters, who needed to be exposed for what they were (and still are) doing.

Brave whistleblowers exposing lies & illegal actions in our government must be protected.Join me and urge Congress: Pass my bipartisan legislation (HRes1162, HRes1175, HR8452) calling for charges against @snowden & Assange to be dropped & to reform the Espionage Act.#PassItOn pic.twitter.com/x4Oieu1YgH

This is a good thing. Again, Rep. Gabbard shows her clarity on this. However, she ran afoul of the dreaded Crazy Squad, since in stating her support for protection of whistleblowers she effectively called out the recent story that found Minnesota Democrat Rep. Ilhan Omar’s people interfering with local elections through ballot harvesting.

We learn more from the Liberal Hivemind video, shown below:

Basically, AOC told Rep. Gabbard, stop messing with the Plan! It is important to note that Gabbard’s response, asking if AOC would support her whistleblower bill, was met with no response.

The additional fact that Project Veritas’ James O’Keefe spoke so strongly in defense of his group’s report about this adds more sauce for the goose.

As one can see from the rest of the video, Tulsi blew up the Squad. Tulsi was willing to acknowledge some possibility of doubt for the Omar-Ballot Harvesting debacle, but she simply returned the conversation back to what she considers important: Should whistleblowers have protection from the Espionage Act?

And from the squad: not a peep.

They are now in damage-control mode, which is very amusing. After all, they are all Democrats, yet they cannot even agree? Remember for the Dems it is all about power – seizure of power, control over the nameless personless masses of people, for some end or another; most likely simply for the sake of power itself.

However, Tulsi Gabbard is actually a much more principled woman. Why she remains a Demmocrat is a mystery, given the severely radical leanings of the Party, but one never knows.

Tulsi must have discussions with Trump, I think they have much in common, imagine the changes that would come about if Trump in his second term replaced Pompeo with Tulsi Gabbard.

Tulsi is more qualified to be the POTUS than Trump himself.

An there lies the issue. She is straight, she is direct, and she has charisma.

The fact that she is excluded exactly illustrates the flaws in USA “democracy”.

The swamp critters excluded her for obvious reasons.

RE: An there lies the issue.

Yes indeed. Tulsi really needs to help create an alternative rather than trying to fit in with the system we have going now.

Anyone wishing to understand the American Government just needs to read quotes by H.L. Mencken, aka “The Sage of Baltimore.” And that was 100 years ago. If he were alive today, I’m sure he would be rendered speechless. 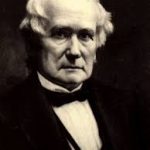 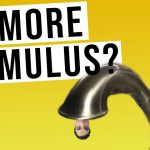