Whether or not Donald Trump is the eventual victor in this clearly rigged election race, there are many things he can do to frustrate the disaster which is sure to befall America if the clearly mentally incompetent Joe Biden walks into the White House next January.

Earlier this month, the vlogger Stxhexenhammer666 said Trump should “Break All Their Toys”, in particular he should pardon Julian Assange, Edward Snowden, Bradley/Chelsea Manning; begin issuing blanket pardons for Federal inmates who have been convicted of victimless crimes, and those who are serving disproportionately lengthy sentences.  Declassify as much as possible, both internal reports and those relating to American mendacity abroad.

Trump has now pardoned Michael Flynn, something he could and probably should have left until the last minute. The sexually confused Manning has suffered enough. Her sentence has already been substantially commuted by Barack Obama on his way out, and the fact that she is now back behind bars is disgraceful, but judging by his pronouncements on her case, Trump is unlikely to be as merciful as Obama.

He is even less likely to pardon Assange, but this guy has suffered greatly and is continuing to; after years of de facto confinement in a London embassy, he is now being subjected to what is nothing less than psychological torture, and there have been suggestions his mind has gone.

On the other hand, Edward Snowden performed an undoubted public service, so pardoning him would be a different matter, although even if he is permitted to return to the United States, Snowden will very likely continue to reside in the Free World!

He should also promote alternative technology websites like Bitchute and Parler.

Now how about sitting down with William Barr and delivering some real justice? There is enough evidence in the public domain to indict the following individuals:

Hillary Clinton, John Brennan, James Comey, Andrew McCabe and possibly James Clapper. These are only the major players. Of these, Mrs Clinton is by far the most deserving, and she is undoubtedly guilty of crimes under the Espionage Act, in particular of transferring classified information from SCIFs onto the regular Internet and a private server. Indicting her would bring screams of outrage from the mainstream media and the Democratic Party leadership, but only a tiny percentage of the American public is aware of the true extent of her crimes.

If Trump and Barr really decided to go to town, they could easily indict Hunter Biden for money laundering, and maybe even another Biden. How much of an embarrassment would that be?

Trump’s most vociferous critics of the so-called progressives could also be given a taste of their own medicine, Ilhan Omar in particular, who has clearly been involved in financial shenanigans if not voter fraud, something which along with the myriad proven crimes of senior Democrats Christopher Ray has curiously shown no interest in investigating.

In short, whether or not Sidney Powell is able to unleash the Kraken, Trump can certainly whip up a storm or two on his way out the door.

Hi should have been “playing with toys” (pardoning all political “dissidents” and whistle-blowers) 4 years ago, on his first day of his presidency.
He didn’t.
Now, however, is the time for a heavy weaponry.
The toys time is over.
If he missis it as well,
well, the game is over….
And I am afraid it will be over not for him only….

While I don’t agree with you that the election was “clearly rigged” against Trump, your main point, viz. “he should pardon Julian Assange, Edward Snowden, Bradley/Chelsea Manning; begin issuing blanket pardons for Federal inmates who have been convicted of victimless crimes, and those who are serving disproportionately lengthy sentences. Declassify as much as possible, both internal reports and those relating to American mendacity abroad” is exactly right in my book. Poor Julian Assange has been hounded, persecuted, subjected to solitary confinement and outright torture for ten long years now while never being brought up on any criminal charges whatsoever! And the… Read more »

American policy under Trump is pretty much the same as it was Obama, other than being worse in trying to start wars in Syria and Iran. Swamp creature from birth. Both parties cheat. The elites all know it. He who cheats most wins. Trump is a swamp creature from birth. So was Obama was molded into a swamp creature by CIA mother and the CIA as his tutelary sponsor. Let us hope in the aftermath of America’s collapse that Russia, China, India and Brazil choose to reject America’s depraved culture of realpolitk. 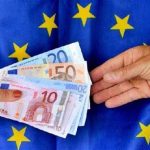 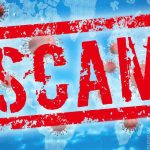