Steve Turley, the host of the Turley Talks website and a prominent YouTube analyst, discusses the recent move by Fox News’ Tucker Carlson in airing a recording of a conversation between CNN’s Chris Cuomo, one of that network’s most prominent left-wing Marxists disguised as a reporter and disgraced former Trump attorney Michael Cohen, a man sadly caught up in the mess of his own lies and errors.

Chris Cuomo is being investigated for sexual harassment. He denies this, but the conversation recording is not helpful to his claim of innocence. Tucker played a one-minute portion of that conversation. Here is that clip, the relevant portion occurring at timestamp [01:25]:

Given that Chris Cuomo often acts like the posterchild for #MeToo, to hear him doing guy talk in our supposedly new and more sensitive age is the ultimate expression of hypocrisy. However, this is hypocrisy that comes with the combination of elite powerful people as well. This is one angle to think about.

However there are others. Steve Turley notes that the mainstream media used to back each other up, while yet in competition. This is true. Sometimes, back in the days of the Big Three + PBS we might see on ABC a report with a title text saying “Courtesy CBS”, one of the competing networks. But of late the attacks of most mainstream outlets and the harder-left outlets like CNN and MSNBC against Fox News, Breitbart, Alex Jones and the like, indicates either an outbreak of absolute pettiness among competing corporations, or, a kind of civil war that is taking shape between our news outlets.

I suspect that Steve is ahead of the curve on this one. I was honestly surprised to see this kind of report make his YouTube broadcast. But he sees this as a marked escalation at the level of media in their fight – NOT competition, but really a fight – against each other.

About one month ago, the New York Times was about to publish information showing where Tucker Carlson lives. Tucker called them out for this on his own program, the number one viewed program on cable news now, and the Times beat a hasty retreat saying it never intended to publish Mr. Carlson’s address. However, this drop by Tucker Carlson himself against Chris Cuomo suggests that Tucker at the very least is demonstrating that he, too can play this game.

Here is Steve Turley’s analysis. I am tempted to think of this as a tempest in a teacup because a lot of other things are happening that seem far more serious than even our favorite media personalities having a catfight on our TV and computer screens. But this also does run side-by-side with the full-on assault launched by radical left socialist / marxist / stoned Spetznaz liberal types that cannot articulate a positive vision for America, but who can scream in the streets, burn buildings to the ground, shoot innocent children as well as adults, and blame everybody who is trying to live a normal life for their problems. We are reporting this. You watch and decide.

Dr. T looks and acts like a nut case. His voice is not good either.
He needs voice training and probably some hypnotherapy to calm down and act like a rational person. I may be interested in his viewpoints but can’t force myself to listen to him. Or watch him. Egad Steve grow a set of balls.

Well, he’s out there, and for those of us hiding in our basement like Biden, his animated presentation is not that bad. Of course, Demosthenes might not have to worry about his place in history, but nevertheless I will give credit where credit is due. 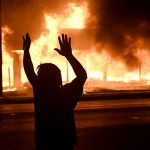 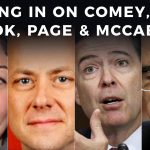