Well, maybe it was a smidge better than “sort of.” After all, it did happen in a federal-district-court proceeding (via videoconference) on Wednesday. And Judge James Boasberg did accept the plea after eliciting it in accordance with settled criminal-law rules. Sentencing is scheduled for December 10. So it’s official.

But I’m sticking with “sort of.” If Clinesmith’s guilty plea is legally adequate, it is barely so. And neither a judge nor a prosecutor is required to accept an allocution sliced so fine. In “admitting” guilt, Clinesmith ended up taking the position that I hoped the judge, and especially the Justice Department, would not abide, in essence: Okay, maybe I committed the crime of making a false statement, but to be clear, I thought the statement was true when I made it, and I certainly never intended to deceive anyone.

A&A another great roundup with really good incites into this fantastic and murky world. This saga runs and runs and one try’s to limit ones expectations of what might come. Your episode today is definitely providing traction. I really couldn’t care less who the next President is except it’s got to be Trump. If Sloe Joe wins all this stuff will be shut down good, The End. As for the actual job, Trumps desire to get out of foreign conflicts will stand the US very well. Meanwhile Biden and the War Machine can get back to where they left of… Read more »

The outcomes seems to depend on which cabal fighting for control over US assets and policies prevails. The MAGA neocon nationalists, the globalists (Davos water-carriers, Soros, Gates, The City, etc) or the dominionists (Pompeo, Pence, et al) working overtime to bring on the Armageddon that ensures an eternity in heaven.

So which group is the deep state connected Wm Barr, US Atty Gen’l, connected to, if any? He could bring indictments at will to sway the Nov election.

The game is afoot. 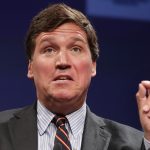 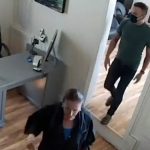