On Jan. 20, 2017, as President Donald Trump was being inaugurated, former White House National Security Adviser Susan Rice sent herself a bizarre email detailing the Jan. 5 meeting between her, Obama, then-Vice President Joe Biden, then-Deputy Attorney General Sally Yates, and fired former Federal Bureau of Investigations Director James Comey. In the email, portions of which were not declassified until recently, Rice recorded that Flynn, who at the time was the incoming national security adviser for Trump, was personally discussed and targeted during the meeting with Obama.

From what I read,there is only one word to describe it,”Treason”,all very disturbing ,those characters are playing a dangerous game,president Trump might well be in his rights to have them all arrested..p.s. Can a warrant be issued for a former president? 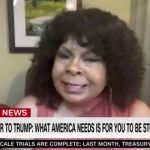 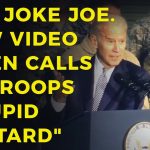