On September 26, President Trump announced that a long-overdue project would receive Federal support which involves connecting Alaska for the first time with Canada and the lower 48 states via a 2570 km railway.

Ever since the days of the sale of Alaska from Russia to the USA in 1867, it was understood by leading statesmen of both nations that an inevitable next phase in human society’s evolution would involve extending the U.S. Trans Continental Railway through Canada, into Alaska and thence into Russia and Asia via the Bering Strait rail tunnel. This project had received fervent support from such figures as Russian Prime Minister Sergei Witte, Colorado’s Governor William Gilpin and even Czar Nicholas II who commissioned American engineers to conduct a feasibility study in 1906. These stories were told in full in my recent reports The Missed Chance of 1867, and The Real Story Behind the Alaska Purchase.

By the mid 20th century, the project to connect Alaska with Canada and the rest of the continent while opening the Arctic for development found its champions in the forms of Vice President Henry Wallace (1941-1945), President John F Kennedy (1961-63) and in Canada B.C. Premier W.A.C. Bennett (1952-72) and Prime Minister John Diefenbaker (1957-1963).

During Bennett’s 20 year role as Premier (from 1952-1972), the Province was pulled quickly into the 20th century becoming an international hub of hydroelectric power, industrial growth and water management. As the story was told in Forgotten Battles Against the Deep State: W.A.C. Bennett vs the Malthusians, Bennett’s growth program never occurred without vicious battles pitting high level anti-development Rhodes Scholars operating within both Ottawa and his own Provincial administration against him and his small team of nation builders. Unfortunately for Bennett who always intended his northern rail programs to connect with Alaska, his key ally in Ottawa was taken out of power during a Rhodes Scholar-driven coup in 1963 and John F Kennedy, who met Bennett and supported many of infrastructure initiatives fell earlier that same year.

With the fall of these statesmen, a new paradigm took hold of western society premised on living in the moment, rejecting ideas like “the nuclear family”, belief in scientific and technological progress”, or the study of “dead white European males” in universities.

The era of building things was choked off and an era of monetary growth was unleashed like a cancerous tumor under globalization.

Today, with the immanent breakdown of the post-1971 de-regulated order, a new order is emerging and it remains to be seen who will benefit.

For all of his limitations, President Trump has displayed a rare and invaluable quality unseen in an American president for decades: Humanity and genuine patriotism. While neocons and technocrats attempt to gain the upper hand amidst the impending blowout of the $1.5 quadrillion derivatives bubble called the western economy, a new epoch of serious nation building has emerged with the Russia-China alliance and Belt and Road Initiative, which has extended development corridors, industrial zones and mass infrastructure led by rail throughout Asia, Africa and increasingly into the Russian Arctic under the Polar Silk Road.

In its essential character, this Multipolar alliance represents a form of thinking and action which are much more in alignment with discoverable principles of natural law (premised not on “Might Makes Right but rather “Right makes Might” as enunciated famously by the great Chinese President and revolutionary in his Three Principles of the People (modelled on his studies of Lincoln’s principles of government) where he said: “The rule of Right respects benevolence and virtue, while the rule of Might only respects force and utilitarianism. The rule of Right always influences people with justice and reason, while the rule of Might always oppresses people with brute force and military measures.”

Todays potential re-emergence of the Alaska-Canada Railway which would be driven under a pro-Pacific and pro-Arctic development model represents the first genuine display of this paradigm in North America in decades.

If it survives the oncoming Environmental Impact Assessments and Federal Government of Canada (which is currently run by anti-development Rhodes Scholars and technocrats committed to depopulation and world government), then it will not only upon up bountiful resources locked up in the inaccessible Arctic, create tens of thousands of much needed jobs directly and millions of jobs indirectly and vector North America’s economic destiny with the ever-growing Asian markets led by China. Most importantly, it will do much to break the west free of the two-fold trap of anti-development versions of environmentalism on the one side and pro-militarization right wing views on the other side- bringing us into a policy of win-win cooperation with our Eurasian partners.

The Alaska-Alberta Railway Development Corporation (tasked by Trump with the job of building and managing this $17 billion project), features on its website programs to tie North America into the Asian market as well as help integrate a North American transport system whose once proud rail system have fallen derelict since WWII and the age of “highways and cars” took over.

A2A CEO Sean McCoshen stated as much this year when he said: “This is a world-class infrastructure project that will generate more than 18,000 jobs for Canadian workers at a time when they are most needed, provide a new, more efficient route for trans-Pacific shipping and thereby link Alberta to world markets.”

Whether or not such programs which may now occur since Globalizated monsters like NAFTA and the TPP have been jettisoned giving nation states the authority to exercise a dirigistic role in long term economic planning remains to be seen.

Last thing Russia needs is a rail line from the US…

I can see Russia from the caboose!

“Might America Join the Polar Silk Road?”
Never! We will make our own Moose Trail.

Sounds like another one of those roads to nowhere I enjoyed building so much. I say “go for it’.

“Might America Join the Polar Silk Road?”
I hope not! This will mean, unrest, fighting, playing one side against the other to stir up hostilites, etc, as the CIA and Pentagon are always against keeping peace in the world. Better leave the Polar Silk Road to Asian countries. By the way, “America” surely means the USA in this article? It never includes Central and South America, whose countries are not interested in “joining the Polar Silk Road”. Why should they? It is on the other side of the globe.

Unless we stop it, China and Russia together will dominate Central and South America. They are a vicious power-hungry reincarnation of the megalodon that will eventually build thousands of military bases around the globe in order to guarantee subservience under the guise of economic progress.

(quoted from the archives of ‘mirror, mirror on the wall’)

Well if Young Justin cab’t create work for Canadians the Trumpster may as well. I guess we can always join the U.S. here in Western Canada since for all the “help” we get from Ottawa, which is mainly taxes and cutbacks, why shouldn’t we? 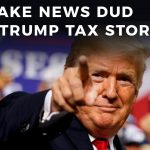 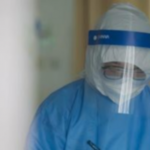