With the news and outrage cycle in need of a fresh Trump reset now that the first presidential debate is just two days away, on Sunday afternoon – almost exactly two years after the NYT first published a report alleging how Trump “engaged in suspect tax schemes as he reaped riches from his father”, the NYT published what to many anti-Trumpers is the holy grail of Trump bomshells: a 10,000+ word summary of more than two decades of Trump tax documents which reveal that the president paid no income taxes for 10 of the 15 years before he was elected president, with his income tax payments in 2016 and 2017 amounting to just $750. The reason, as was already largely known, Trump had generated nearly $1 billion in casino-linked losses in the 1990s and onward (incidentally, loss carryfowards or NOLs are perfectly acceptable and legal instrument which anyone can apply against future income) and which offset much of the money that he made.

The NYT also claims the documents show Trump losing millions of dollars from his golf courses, “vast write-offs, an audit battle and hundreds of millions in debt coming due” and that Trump earned $73 million abroad.

This report is of interest: 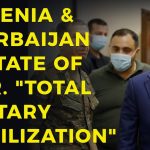 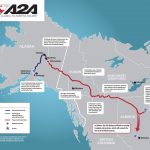