One thing recent history has taught America is the first storyline of major tragedies or controversies is never the most accurate. Americans were told by the Bush administration that they were sucker-punched by a surprise attack on 9/11 by terrorists, only to learn the CIA and FBI had significant advance evidence of the plot and its players and failed to connect the dots.

The MSM……….. “Fools rush in where angels fear to tread”.
In their haste to dictate the agenda, they keep shooting themselves in the foot.

did they find the Iraq WMD yet?

George Bush Jr still has one bed in an upstairs bedroom that he hasn’t looked under yet. Stay tuned.

Lt.Gen McInerney tells it all:

The Genral’s story has to be taken into account, because he is a very credible source, and his story is backed up by video of two men who fit the description of Special Forces operatives. The President might well have received advance intel of antifa plans, perhaps involving the Leadership of Congress, and then dispatched the SPECIAL Forces to slip in under the cover of being “protesters,” or more accurately agents provaceteur. These facts have been very ignored by Mr. Solomon, who, while one of the few ballsy investigators left in DC, is known to ignore complexities, in favor of… Read more » 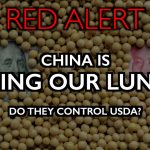 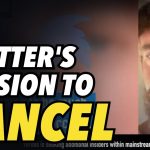