Is China truly the enemy of the west or is there a major psy op underway to deflect attention from the actual causal hand of British intelligence and direct the attention of fools towards “evil totalitarian China”?

The fact that George Soros explicitly attacked the two greatest threats to his vision for a one world “open society” on January 24, 2020 at Davos as 1) Xi Jinping’s China and 2) Trump’s USA should be a clue to the answer to the question.

In this presentation delivered to members of the Canada-based GTW Thrive Townhall, the history of British intelligence operations are discussed from the rise of Cecil Rhodes’ Roundtable movement under Lord Milner and its permeation of foreign targets starting with the USA with the creation of the Council on Foreign Relations in 1923. We discuss the efforts by British intelligence asset Henry Kissinger whose vision for a Gang of Four-controlled China were opposed by patriotic forces loyal to Zhou Enlai’s vision for an anti-colonial/pro-development China more in alignment with the post WWII vision of FDR and JFK.

We also discuss the importance of China’s New Silk Road and multipolar outlook as primary masterkey to breaking the oligarchy and offering the west a pathway towards a genuine recovery of its lost productive base during the 21st century.

I wonder if anyone learns about George Orwell’s books in school anymore? Meanwhile Huxley is laughing from his grave…

We know who controls the “deep state”, the same bunch that started WW1 and WW2.

The ultimate achievement was the NAZI doctrine.

This kid has balls.

An extremely well read young man is our Matthew Ehret , makes me feel so ancient and uneducated , but never the less , we are all taught something special after reading his literary feasts . Keep up the great work Matthew . 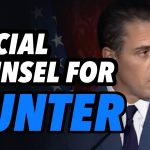 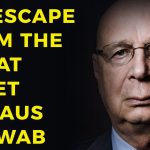