****News Topic 337*****
Trump Returning To Social Media With “His Own Platform” In Several Months: Adviser

Trump Returning To Social Media With “His Own Platform” In Several Months: Adviser

Authored by Jack Phillips via The Epoch Times, Former President Donald Trump will set up his own social media platform and will return to posting online in two to three months, said his adviser and spokesman, Jason Miller, in a new interview.

Excellent news. I hope it happens soon, as I am soooo done with FB and ready for a change. FB has disabled my account for violating their “community standards.” No specific reason was given. FB demands I send them a photo copy of the driver’s license or passport, which of course I would never do, only to be allowed to challenge their decision. I actually filed a complaint against FB with the US Trade Commission, only to find out today that I am a little late – there is already such a lawsuit pending. UNITED STATES OF AMERICA, Plaintiff Case… Read more » 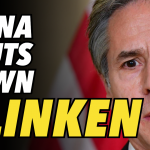 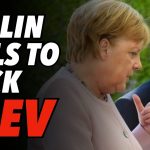