It’s not even about liberty versus authority.

As I said in my last article this election is about a simple choice, facing a chaotic future with courage or fear.

Regardless of who wins, my many libertarian friends and colleagues are correct that the ship of state cannot and will not be turned at this point in any meaningful way.

There are forces at work which will unleash hell on earth if Trump wins, which he should.

What’s on the ballot tomorrow is something much larger, however, because hundreds of millions of people in the U.S. and Europe are facing an existential choice on both sides of the power dynamic.

The People sense the closing off of escape routes by an oligarch class that rightly sees their institutional power waning in the face of rapid decentralization of information.

Because of this, an inevitable power struggle has ensued. This election has taken on a quality that transcends the practical nature of elections — who will run the consensual hallucination that is the State.

The Davos Crowd is in full control at the moment in Europe and attempting The Black Revolution here in the U.S. They will enact as much of their Great Reset as they can and play every card in their hand and dirty trick in their bag to achieve it.

This election is a nexus, a singularity, that has become an opportunity for an inflection point in history, one where ideas that were forced into the fringe of the political discourse during the last cycle have the opportunity for a real audience in the next one.

And the question I have for libertarians is, “Are you ready to lead or are you going to sit aloof, arms folded, and miss your chance?”

From what I’ve seen so far it’s not promising.

Donald Trump is no Ron Paul, but, honestly, libertarian commentators were moaning about Ron in 2008 and 2012. He didn’t pass the purity test they said and he was encouraging people into the vortex of politics.

As Trump holds rally after rally around the country, bringing literally millions of people together a statement has been made.

Even Obama couldn’t pull crowds like Trump has. This is unprecedented in American politics.

I contend the symbolism of this election far outweighs all other considerations. There’s a spirit animating this election unlike any other I’ve witnessed because not of who Trump is but what he represents.

Earlier in the year, post-George Floyd, the picture was very different. It was much darker. BLM and Antifa, thanks to corporate sponsorship and billions in oligarch money, ran wild in the streets.

Dressed in black bloc, chanting slogans, throwing rocks, sucker-punching suburbanites and burning cities they took over the streets in a crude attempt to force change onto people already scared over a virus.

Videos of white people washing the feet of their new black masters were all over social media. Struggle sessions were brought to diners forced to eat outside thanks to stupid COVID-19 social distancing rules.

With government assistance (because communists can’t build anything of value on their own) they set up the CHAZ in Seattle and failed miserably in places like Atlanta.

All of these projects, however, lost their momentum the moment it became obvious Americans weren’t buying any of it.

They bought guns instead.

They may have bought guns out of fear, but they bought them anyway.

Marxism has been the dominant political philosophy of this past cycle, pushing the nascent ideas of extreme individualism to the fringe.

Millions of Americans saw this future and recoiled from it. Right into the arms of Donald Trump who preached faith in them.

That’s where these mind-blowing rallies, flotillas, caravans and spontaneous uprisings supporting Trump are coming from. Improperly harnessed, that energy can be turned into something truly ugly.

This should be the signal for libertarians to come down off their mountains and declare themselves ready to lead the restitution of culture and civilized behavior.

Marxism can’t bring anything except a few thousand paid agitators to politically-sympathetic jurisdictions to loot, steal and bully people.

The mere threat of liberty brings out millions to sing ‘God Bless America.”

Because the Trump movement is a celebration of that which should unite us — family, faith, community, dignity. After decades of the Marxists dividing us into ever smaller echo chambers we were supposed to be demoralized and beaten.

And judging from what I see from great thinkers like Robert Higgs I can only conclude they are just that, encouraging Ancaps to think this is a winning strategy…

As shown in this article, America’s technoplutocracy believes that it has the tools necessary to protect the American elections from outside interference:

At the very least, we should make the assumption that products that are being touted by the technology tyrants to protect democracy are highly vulnerable to political bias.

That which keeps the wolves from the door, keeps the raptors from escape.

“CISA has doubled down both on their efforts across the federal government and in partnering with local election leaders across the country to make sure our elections are safe and secure controlled.”

They can attempt to steal this election, but by sunrise tomorrow you’ll see that this, this… Election was the final straw. That silent majority who’ve been waiting for integrity and the law to come through, saw last night when Fox declared its official allegiance to the deep state, we’ll have to do it ourselves. There (FOX NEWS) declaration was coordinated with the democrats in corrupt power. As soon as Fox called Arizona for Biden, the final phase of fraud was given the green light in that exact second. All swing states immediately had the counting halted, with Trump having overwhelming… Read more »

excuse me if I don’t hold my breath… 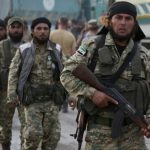 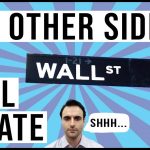