Take a gander at some of the leading stories on Google News, you might be surprised at the hatred and vitriol still being spewed against the Forty-Fifth and rightful President of the United States.

The misnamed Democracy Now is one of countless outfits that still alludes to the January 6 invasion of the Capitol as an insurrection, and the murdered Trump supporter Ashli Babbitt as an insurrectionist. Democracy Now it should be noted also celebrates murderess Cyntoia Brown and professes the innocence of not only Mumia Abu-Jamal but Rodney Reed; the former of whom was convicted of murdering a police officer on overwhelming evidence, and the latter who is not only a murderer but a serial rapist, again convicted on overwhelming evidence.

The Guardian – the newspaper that gaslights on convicted sex offenders who expose themselves in women’s only saunas – alludes to the last days of Trump’s presidency as “grim”. So far, the Biden presidency has seen hundreds of thousands of illegal immigrants invade through the southern border, an attempt to federalise the election process (and over-ride state’s rights), crime out of control as insane “progressive” district attorneys release dangerous predators onto the streets, and key workers being sacked for refusing to submit to unconstitutional vaccine mandates. A lot more could be added to that, including the Afghanistan fiasco; the Trump presidency seems like a golden age in comparison.

The indy100 website has a dire warning for voters: “A Trump comeback in 2024 will destroy America’s mental health, experts say”.

The idiots who claim that don’t seem to realise the people leading America are insane, those who aren’t senile or simply corrupt. Biden is clearly away with the fairies most of the time, his vice-president is nowhere to be found, although her cackling can be heard all over cyberspace, while on October 4 the Democrat Mayor of Rochester, New York, the alluringly named Lovely Warren, accepted a plea deal that would reduce felony charges against her to misdemeanors. Two of her assistants have also pleaded guilty in relation to election law violations, even though we all know elections can’t be rigged in America. Incredibly, Warren will retain her law licence and will remain as Mayor until the beginning of December. In the UK, a scandal of this nature would have brought about a politician’s immediate resignation, but the UK isn’t as corrupt as the US, nor as insane, it would appear. 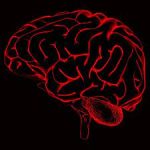 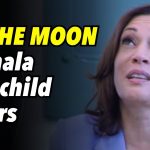